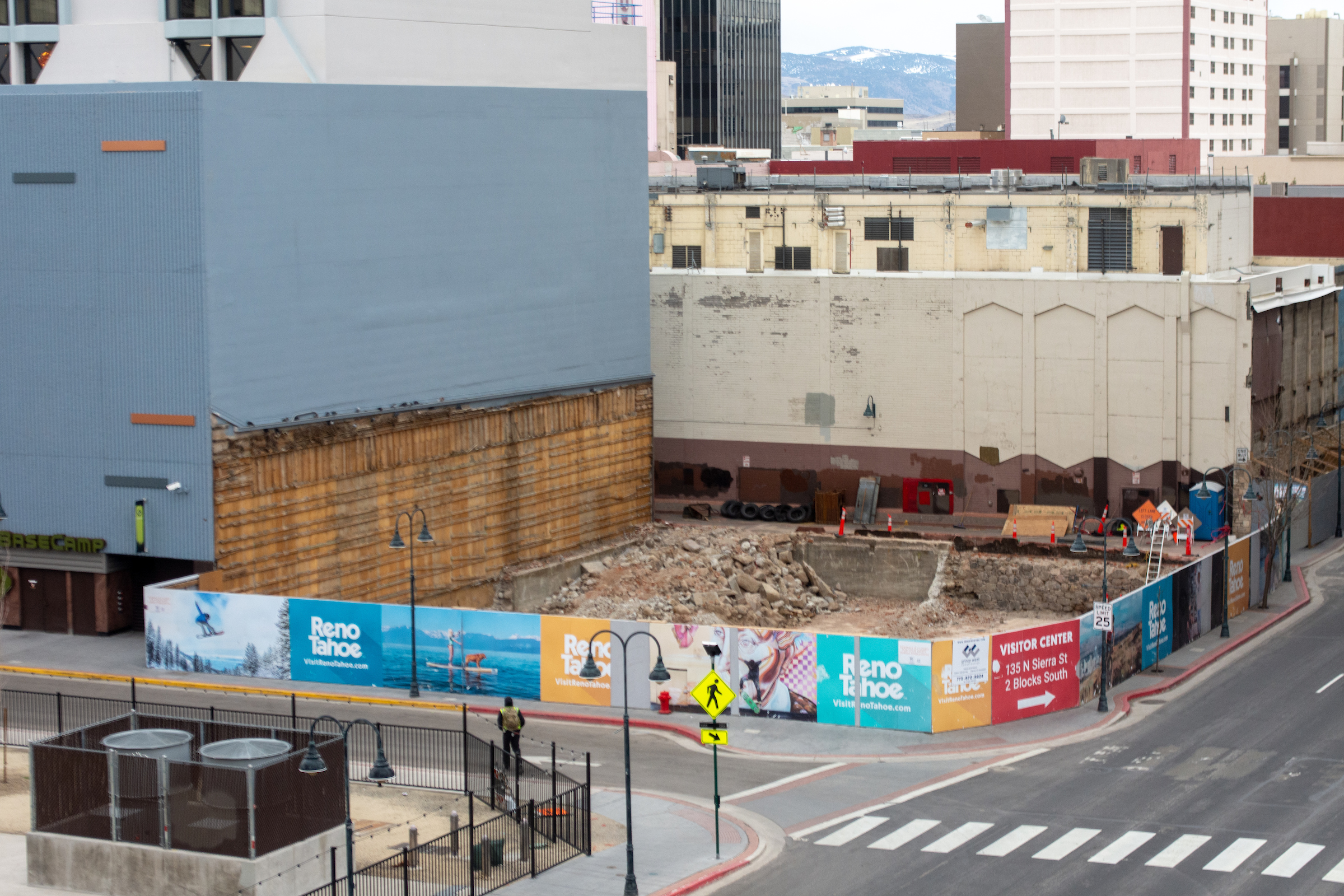 From Cleveland to Oakland, developers and politicians are talking about a new tax break they hope will encourage affordable housing and lure small businesses to low-income and rural areas. In downtown Reno this week, city planners, homebuilders and investors gathered to talk about how Nevada could take advantage of the tax break in areas known as Opportunity Zones. Organizers estimated that more than 400 people packed into the Reno Ballroom for the summit.

The purpose of the event was to educate investors and encourage development in the zones, which were created in 2017 by the federal tax bill and crisscross the state from Reno to West Wendover to North Las Vegas. The break will allow investors to defer taxes on money they make — and in many cases, receive a discount — if they invest in real estate or businesses in one of the areas. If investors maintain an investment in the area for 10 years, they will pay no taxes on their gains.

"There are very short timelines and time frames,” said Kaya Bromley, who moderated the summit and is general counsel for an investment firm that is working on five projects. “If our local governments make it difficult, the money is not going to bother with us. There are other cities that are creating quick entitlement processes and making it very easy for the money to come in there.”

Supporters, who include politicians from both sides of the aisle, say the incentive could be a useful way to lure wealthy investors to communities that need more investment. Earlier this week, California Gov. Gavin Newsom said the idea could be a tool for tackling the state’s housing crisis, a rare endorsement from the Democrat governor of a Trump Administration rule.

“A lot of us, at least on my side of the football, said, ‘That actually sounds like a good idea. Wait a sec, it came out of which administration?'” Newsom said, the San Luis Obispo Tribune reported.

The Governor’s Office of Economic Development (GOED) has also backed the idea. GOED Deputy Director Derek Armstrong, who spoke at the summit, said in an interview this week that the program “offers a lot more flexibility for investors” and could turn into a big program.

The program has already received interest from at least a dozen developers across Nevada, Bromley said. In an interview, she said she was bullish about the prospects for the tax break in Northern Nevada, which is growing without an adequate affordable housing stock.

For now, investment has lagged behind interest from developers and politicians.

Investors need to make decisions on a fast timeline, Bromley said. With the way the funds are set up, the sooner that developers invest, the more advantages they accrue from the tax break.

Bromley and others said that means cities needed to help developers speed up the permitting process. She pointed to North Las Vegas, which she said recently approved an expedited entitlement process for development in opportunity zones. She said cities across the country, from Louisville, Kentucky, to Erie, Pennsylvania, have added their own incentives to entice investment.

The city of Cleveland, for instance, has taken an active approach, working with the county, the chamber of commerce and other partners to create a portal with investment information.

Ethan Clift, a Reno-based lobbyist who is working on an opportunity zone deal, echoed those concerns and urged the city of Reno to work on approving projects on a faster timeline.

"One struggle that the city of Reno has had historically is they don't move quickly," he said.

Clift said the city should also play a role in directing investment to areas where it’s most needed.

“It's a good thing to an extent they are creating good projects that make for a healthy community,” Clift said. “So it also depends on what the developer wants to do."

Reno City Councilman Devon Reese, who spoke at the summit, said in an interview that the city needed to be flexible with permitting opportunity zone projects and sensitive of the timeline. He said that the issue has already come up before the council, at least in a tangential way. The city of Reno recently approved the sale of a parking lot and allowed the property to be transferred into an eligible opportunity zone fund, something that could be replicated in more city deals.

Investors are also still awaiting regulations from the Trump administration before proceeding. The Treasury Department is expected to release new rules to regulate the opportunity zone funds that would be used to invest in the targeted areas. The funds will be able to invest in real estate, improvements and businesses in opportunity zones.

Although the rules are fairly clear for the real estate component, the guidelines could play a role in determining what kinds of companies the funds can invest in, said Rachel Reilly, a director for Economic Innovation Group, a think tank that helped craft the opportunity zone concept.

“Within that second round of rules, we're hoping the clarity indicated there will really unlock a lot of pent up capital that has been sitting on the sidelines,” Reilly said of the pending rules.

She said the concept of opportunity zones are simple. Invest in a low-income or rural area and get a discount — or eliminate — some taxes on gains. But every new tax break is complex.

“The policy design is meant to be flexible and uncomplicated,” Reilly said. “But in allowing for that flexibility, there are so many different scenarios and the number of different scenarios have led to some initial complications…. This is very typical [for a new tax credit]."

In crafting the rules, the concern is that investors might take advantage of loopholes. The New York Times reported this week that the Treasury Department had supported tougher language but was overridden by the White House in creating some of the initial rules. The regulations now awaiting approval have to do with what businesses and what type of investments qualify for the tax incentive. Some worry the regulations could preclude investment in e-commerce companies because of proposed rules that 50 percent of income must come from the opportunity zones.

Others noted that the type of development an opportunity zone will attract is likely to vary depending on geography. Sheldon Mudd, executive director of the Elko-based Northeastern Nevada Regional Development Authority, said the group is looking for businesses interested in taking advantage of the tax break in the state’s largest opportunity zone in and around the small town of West Wendover (the town straddles I-80 about one mile away from the Utah border.)

He said they have already received interest from a natural gas project and an alternative agriculture company. The opportunity zone in his area, he said, was the largest in the state.

“There is potential for a unique industry to be out in an area like that,” he said.

Update: This story was updated at 8:26 a.m. on March 22, 2019 to correct Kaya Bromley's current job information. She serves as general counsel for an investment firm, not a real estate firm.