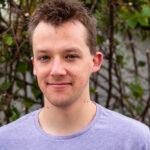 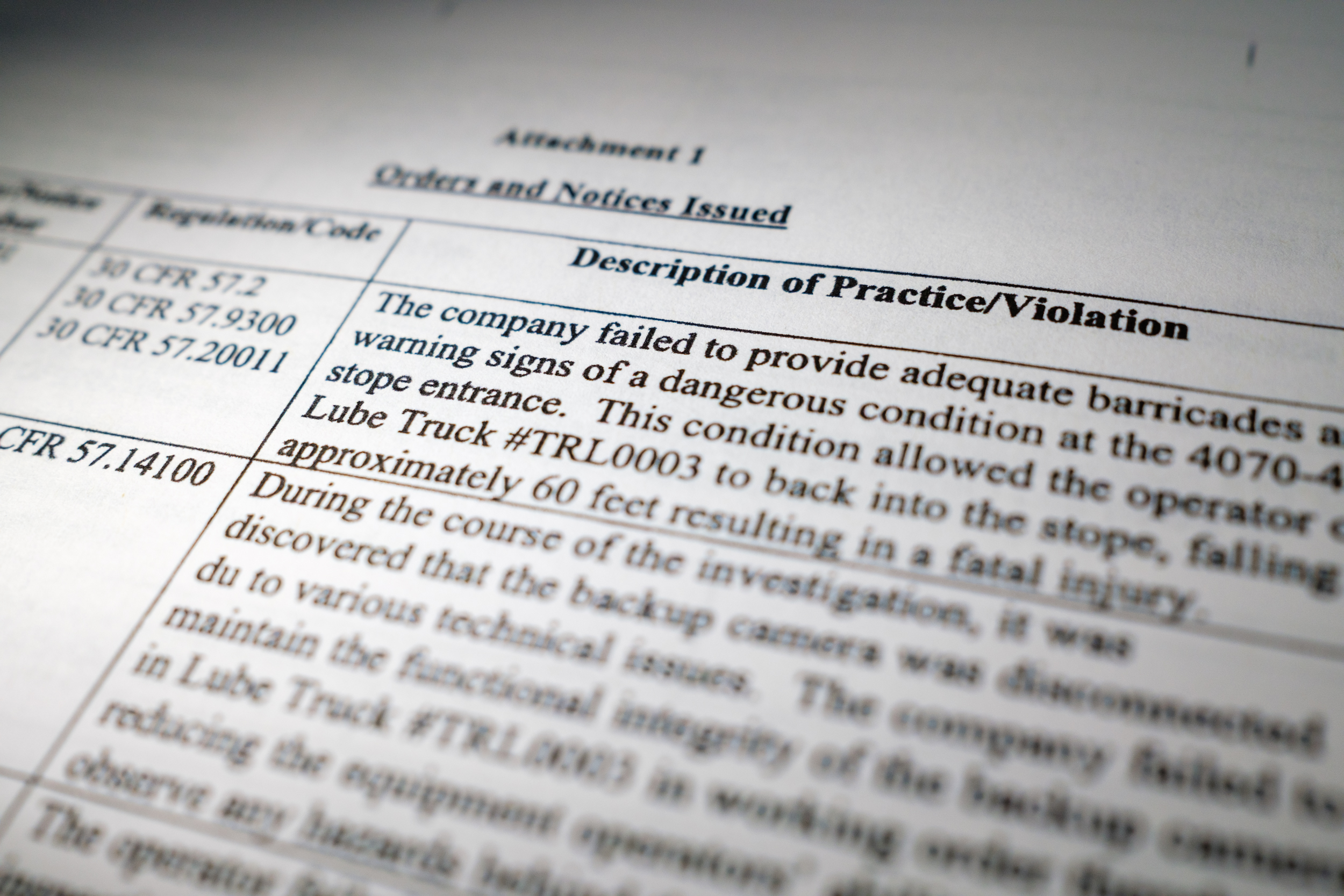 This story is part of an ongoing investigation by High Country News and The Nevada Independent. Read our previous coverage here.

State investigators cited Nevada Gold Mines for failing to follow standard internal safety procedures that could have prevented a fatal accident earlier this year, in which an employee with more than a decade’s experience died after falling 60 feet in a company mine.

On the evening of Feb. 14, 33-year-old Marissa Hill was driving a 24-foot truck in an underground gold mine at Cortez Hills, a sprawling mining complex in rural northeastern Nevada. According to a state investigative report obtained by The Nevada Independent and High Country News, Hill entered the underground mine just after 8 p.m. At about 8:45 p.m., she backed the truck off the main track and toward the edge of an expansive open hole, or stope, from which ore had been excavated. The report found that the backup camera on her truck was disconnected, and Hill “backed the truck over the unprotected stope edge, falling 60 feet to the bottom.”

About three hours later, a site supervisor and mine worker noticed that the chain around the pit had been damaged. Then they saw Hill’s truck, upside down at the bottom of the mine. They descended to the bottom and yelled for several minutes, calling out to Hill. Over the next 18 hours, several attempts were made to remove the truck from the pit. Finally, at nearly 6 p.m. the day after the accident, workers moved the truck to secure ground, at which point the Lander County Sheriff’s Office pronounced Hill deceased, according to the report on the accident by the Nevada Mine Safety and Training Section, the state’s mining workplace regulator.

The regulators who investigated Hill’s death concluded that Nevada Gold Mines — the state’s largest mining company, which is operated by the international mining giant Barrick Gold Corp. — had failed to follow both mining workplace laws and its own written policies. The report details three orders and one notice that the state issued against Nevada Gold Mines. The three orders were classified as an “unwarrantable failure of an operator to comply” with five health and safety regulations. A spokesperson from Nevada Gold Mines declined to respond to a list of questions, citing the forthcoming report from MSHA, the federal Mine Safety and Health Administration.

In response to our request for comment, representatives from the company sent a written statement: “We have not yet received the investigation report from MSHA. As we do for any incident, however, we have already implemented the lessons learnt from the apparent facts and circumstances of this tragic incident across all our operations.”

According to the state’s investigation, multiple miners told Nevada safety regulators that, several years ago, upper management verbally informed them that they could deviate from the company’s written safety requirements and use a chain, rather than a berm, to protect the edge of the pit. In 2019, according to the report, the company updated its policies to require that berms be in place 10 feet from the edge of mine holes of the type that Hill’s truck fell into.

Investigators also found a pattern of inadequate oversight leading up to the accident, caused by a hazard that was left unresolved for weeks. The stope in question had been “mined out” in early January, yet work inspection documents regarding that part of the mine “failed to identify any barricading hazards” for 39 days before the accident. “After reviewing over 120 work area inspection documents, it was apparent that company employees who conducted work area inspections lacked a general understanding of hazard recognition,” the report said.

The investigation found further gaps in Nevada Gold Mines’ safety protocols, and multiple citations were issued, along with noting, at one point in the report, that the company's “management and supervision are not adequately focusing on ensuring safe work procedures are in place and enforced.”

Within days of the incident, Jeff Bixler, the chief administrative officer of the Nevada Mine Safety and Training Section, said that inspectors found other areas in the Cortez Hills Mine that lacked the required barricading and signage. Bixler said that the state “had those fixed before we left the site” while his agency was investigating Hill’s death. Bixler said the issues identified were “not common at all” throughout Nevada mines: “This was just a really unfortunate accident.”

Under Nevada statutes, state regulators can refer orders to the attorney general’s office to seek a penalty in court. Bixler said this is typically done when a company refuses to comply with orders. He added that while the state did not issue financial penalties, federal regulators could.

The federal Mine Safety and Health Administration has not released its final report on the fatality. MSHA policy requires berms or guardrails in mines “where a drop-off exists of sufficient grade or depth to cause a vehicle to overturn or endanger persons in equipment.”

State investigators ordered the company to hold multiple training sessions at the Cortez Hills Mine — which employed 279 workers at the time of the report — on berm and barricade policies, equipment inspections and identifying hazardous conditions. These trainings, which took place in March, are detailed in the state’s report.

For months, the gold miners interviewed by The Nevada Independent and High Country News have sought answers about Hill’s death. They expressed frustration with the company, which they saw as far from forthcoming, and they believed that Nevada Gold Mines failed to prioritize workplace safety. In multiple interviews, Hill was described as a conscientious and experienced employee who was well-versed in mine safety standards. “She was a goody-two shoes about the rules,” a Nevada Gold Mines employee who worked with Hill said, speaking on condition of anonymity. “She consistently was by the book on everything.”

Nevada Gold Mines did not respond to a detailed list of questions about the accident and company safety policies.

Nevada Gold Mines was formed in 2019 as a joint venture between multinational mining companies Barrick and Newmont. For years, the two companies operated competing large-scale mining operations across northeastern Nevada. The consolidation in 2019 effectively put approximately 75% of Nevada’s annual gold production — and two large workforces — under one roof, with Barrick at the helm.

Over the past year, The Nevada Independent and High Country News have investigated the consequences of the mega-merger. Multiple workers have chronicled concerns about safety, workplace culture, harassment and the company’s aggressive tactics in managing its workforce.

Several miners expressed concerns about the company’s focus on prioritizing productivity over safety in the wake of the merger. Barrick operates mines in countries from Tanzania to Papua New Guinea, but in an interview this year, CEO  Mark Bristow acknowledged that Nevada Gold Mines had its worst safety record.

The investigation into Hill’s death echoes the concerns workers have expressed about lax safety standards at the company, which employs roughly 7,000 workers and about 4,000 contractors.

In a recent interview, a source familiar with the investigation described a pattern of “hazard acceptance” at the company’s mines. Speaking about the fatality, they said that “the problems of deviating from an established procedure — or not being able to verify that those procedures are being followed — is a huge issue.”

“Cultures of safety are built primarily on the level of trust employees have in a company,” the source said in an interview. “And people just don’t trust the company. They are afraid to lose their jobs. They are afraid of what’s happening. Because people are expendable under that regime.”