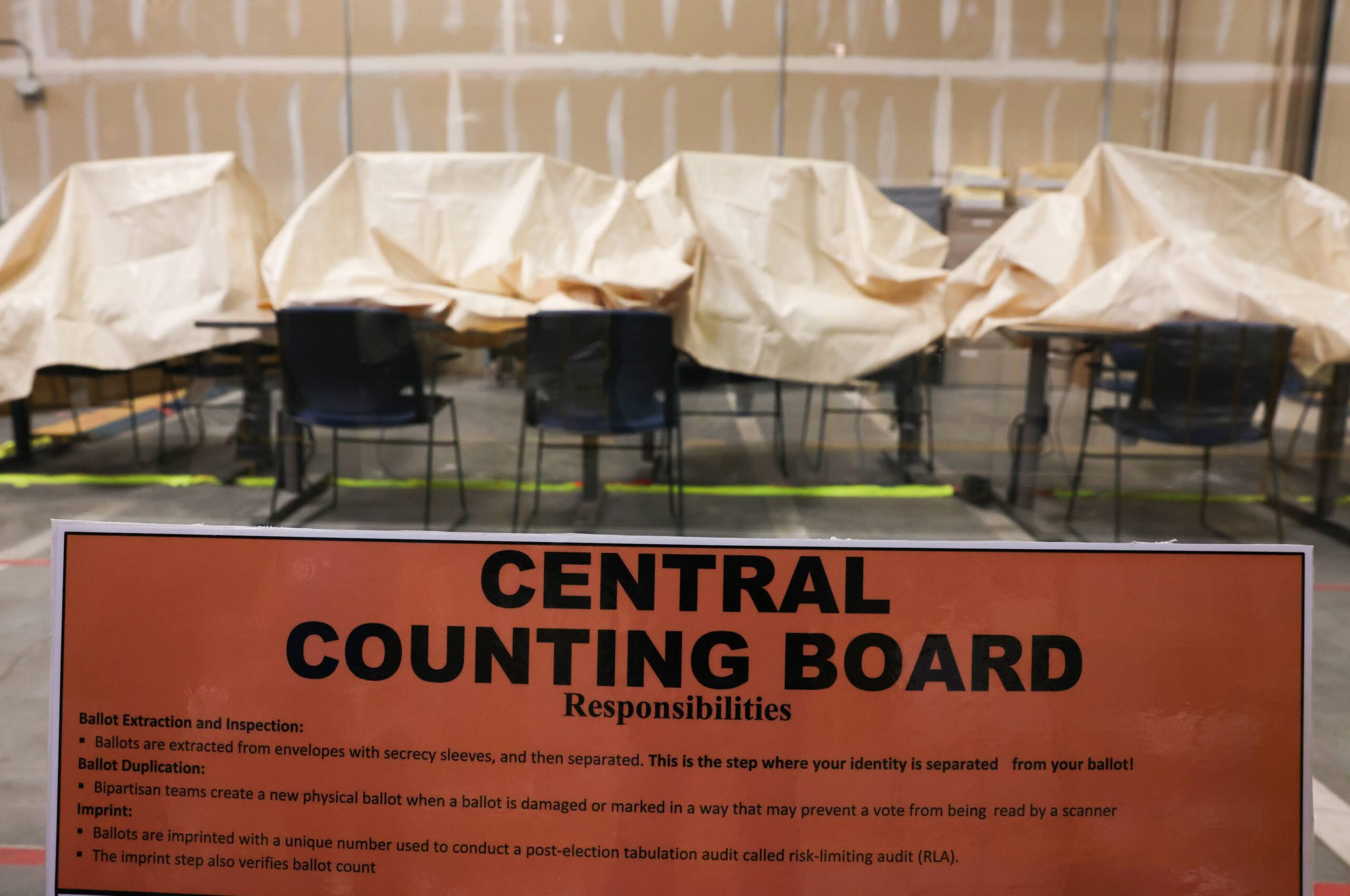 A judge has ruled against the Republican National Committee’s legal request for Clark County to have equal political party representation on manual signature verification boards for mail ballots.

The ruling, which comes just two days before the end of the state’s early voting period and after days of mail ballot processing, marks a defeat for the RNC, whose chairwoman had claimed the county’s lack of registered Republicans involved with the verification of signatures was “illegal.”

In the order, Williams wrote that the RNC’s arguments that the county’s hiring of temporary employees to assist with signature verification did not constitute the creation of a “special election board,” a term defined in state law that requires membership to “represent all political parties as equally as possible.”

He added that it would be a “big stretch” to classify those temporary employees as members of a special election board.

“...Temporary employees do not have power to make decisions on ballot-counting procedures,” the order states. “Consequently, the temporary employees simply perform ministerial functions for the County, and by extension, the State of Nevada.”

RNC Chairwoman Ronna McDaniel called the ruling "dissapointing" in an emailed statement, but added that "our aggressive legal strategy forced Clark County to reveal the records it was hiding and the county has since hired a significant number of GOP poll workers."

"The RNC is ready to legally intervene again on behalf of Nevada voters if the need arises," she said in a statement.

Clark County attorneys had further argued that party affiliation of those working on signature verification would have little effect on the actual signature-verification process, as the matching of signatures is done without the worker seeing the rest of the ballot or who someone voted for.

The lawsuit was filed by the Republican National Committee in late September over Clark County’s alleged noncompliance with the state’s public records law. It stemmed from the RNC’s request for information about the name and party affiliation of poll workers employed for the 2022 election.

Attorneys representing Clark County opposed the request over privacy concerns, saying they denied the request “primarily out of fear for the safety of its workers but also because of the potential for harm and disruption to the complicated and manpower intensive process of conducting an election.”

In early October, the RNC and Clark County reached a stipulation agreement, with the county agreeing to release information about the political party affiliation of poll workers, but with names kept anonymous.

But last Thursday, the RNC reopened the case, saying it had learned that the county’s signature verification board — which checks and compares signatures on mail ballots that are rejected by an electronic voting machine — had a disproportionate number of registered Democrats.

According to the RNC’s amended complaint, the county’s signature verification board included 23 Democrats, 33 nonpartisans and a “mere” eight Republicans.

“In this state's most populous county, it is simply not credible for the Registrar to suggest that he could only find eight Republicans qualified to serve on this board, particularly in light of the Registrar's similarly skewed hiring of Republicans at polling locations around Clark County,” attorneys for the RNC wrote in a filing last week.