Just let the wild horses be 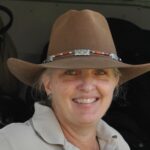 I am a former Nevadan who lived and worked in Las Vegas from 1983 to 2001. I am writing because the column by Mr. David Colborne recently published by The Nevada Independent and titled “My Invasive Species is Tastier than your Invasive Species” was both biased and disgusting. Mr. Colborne must have been sitting on a high desert mesa smoking Mormon Tea when this article came to him telepathically from the aliens in Area 51 during a feral cat invasion. How’s that for a catchy thought?

First of all, comparing feral horses to feral cats is pathetic on its face. Second, as a horse owner, advocate, rescuer (I rescue cats, too) and trainer, I think the column’s title was written specifically to capture the attention (it certainly did mine) of readers without respect to facts or a true understanding of the issue. The more I read, the angrier I became. Is Mr. Colborne actually suggesting that we gather up all these feral nuisances and slaughter them only to end up on a dinner plate somewhere in the world?

The wild horse issue in Nevada is a long and tenacious one regardless of how the horses got there. The problem actually started with the Bureau of Land Management when they took over wild horse management in 1971. I was there, and I saw first-hand the havoc BLM policies created.

I would like to take you back to 1984. It was a wet year for the Nevada desert. In Las Vegas, Sunset Road was still mostly dirt, and after one thunderstorm, it was a raging river. What happens with a prolonged monsoon season? All the dry lake beds fill up, all the grasslands and high desert mesas bloom with vegetation and all the grass grows much like the Serengeti when the rains come. What comes with more grass? More horses, antelope, cattle and every other creature that lives in those ecosystems.

In 1984, the wild horse population started to grow. Then came the drought years. So, with all these horses on the federal ranges of Nevada, the BLM decided they would drill wells to provide water for the horses. After all, it’s 115 in the shade on a midsummer day out there. I saw these wells and watched in wonder as the stallions would bring in their mares and foals to water. It was an amazing and beautiful sight.

But the horse population, thriving on still limited grass and free water, got too large for the environment to sustain them. (Horses can go without food, for a time, but they cannot go without water.) When the wild horse population got too big, the rains quit, the grass dried up, and guess what happened? The BLM shut off all the water in an effort to “control the population.” Where horses once peacefully waited their turn at the watering hole, there were now brutal fights between stallions and mares struggling to get to the trickle of water not flowing. Horses were injured, sick, starving, and worse, wandering beyond their normal boundaries, getting on roads and close to human populations searching for water.

Have you ever seen what happens to a horse when a car hits it head on? Or worse, what happens to the driver of the vehicle that hits it? I have. It is time for the BLM to quit being the wild horse population police.

Wake up, horse advocates. The American Wild Horse Campaign noted that in 1993, after 250 hours of counting, their count of 8,300 horses did not even come close to reconciling with BLM “estimates” of 24,000. So where did all the horses go? Well, in that publication, if you keep on reading, there was a strong suggestion that horses were being “carted off, in the dark desert night”. After all, there is a value to horse meat in Japan, France, Mexico, and other countries. Right?

The wild horse population, with the help of BLM and others, is quickly and quietly disappearing through the efforts of heavy lobbying by ‘rich’ ranchers, politicians, the oil and gas industry and most of all, horse haters like Mr. Colborne.

There is a problem. But it is not the horses; it is the humans. Horses are being terrified and brutalized in vast numbers every time a BLM helicopter swoops down to round them up. Mr. Colborne obviously does not understand, nor care to understand, the nature of horses: A 200 foot by 100 foot pen is a fate worse than death for a wild horse. The BLM started it. They should fix it. Leave the horses alone, and let nature take its course. Horses will manage their own populations if humans would just get out of the way. Like all wild animals, they will manage through good years and bad ones to sustainably survive as a species.

How is this so? The Great Basin Naturalist in 1999 published an article titled “High Foal Mortality Limits Growth Feral Horse Population in Nevada.” It includes an example of Maximum Sustainable Yield, if you are not familiar with the concept. It’s an economic theory that says any species will not reproduce beyond its environmental capacity. There is just no need for horse sterilization or mare “porcine zona pellucida” (PZP) control or whatever nonsensical solution BLM is thinking up next that costs more taxpayer money.

Is there really a horse population issue, or is this a political issue? Is wild horse “management” just a means for the ranchers to get what they want — competition free access to federal grazing lands? Oh, and by the by, the Department of Interior now estimates there are only 72,000 wild horses in the entire United States. I would therefore strongly suggest that the federal government look into putting them on the “threatened species” list and start really protecting them.

The BLM claims stewardship of public lands. Since Nevada is mostly federal land managed by the BLM (66.9 to 84.9 percent of Nevada depending on how you slice it), please be what you claim to be, BLM: A steward of public lands — and let the horses be.

Rhonda Ferris is a former resident of Nevada and a UNLV graduate from the School of Business and Economics.