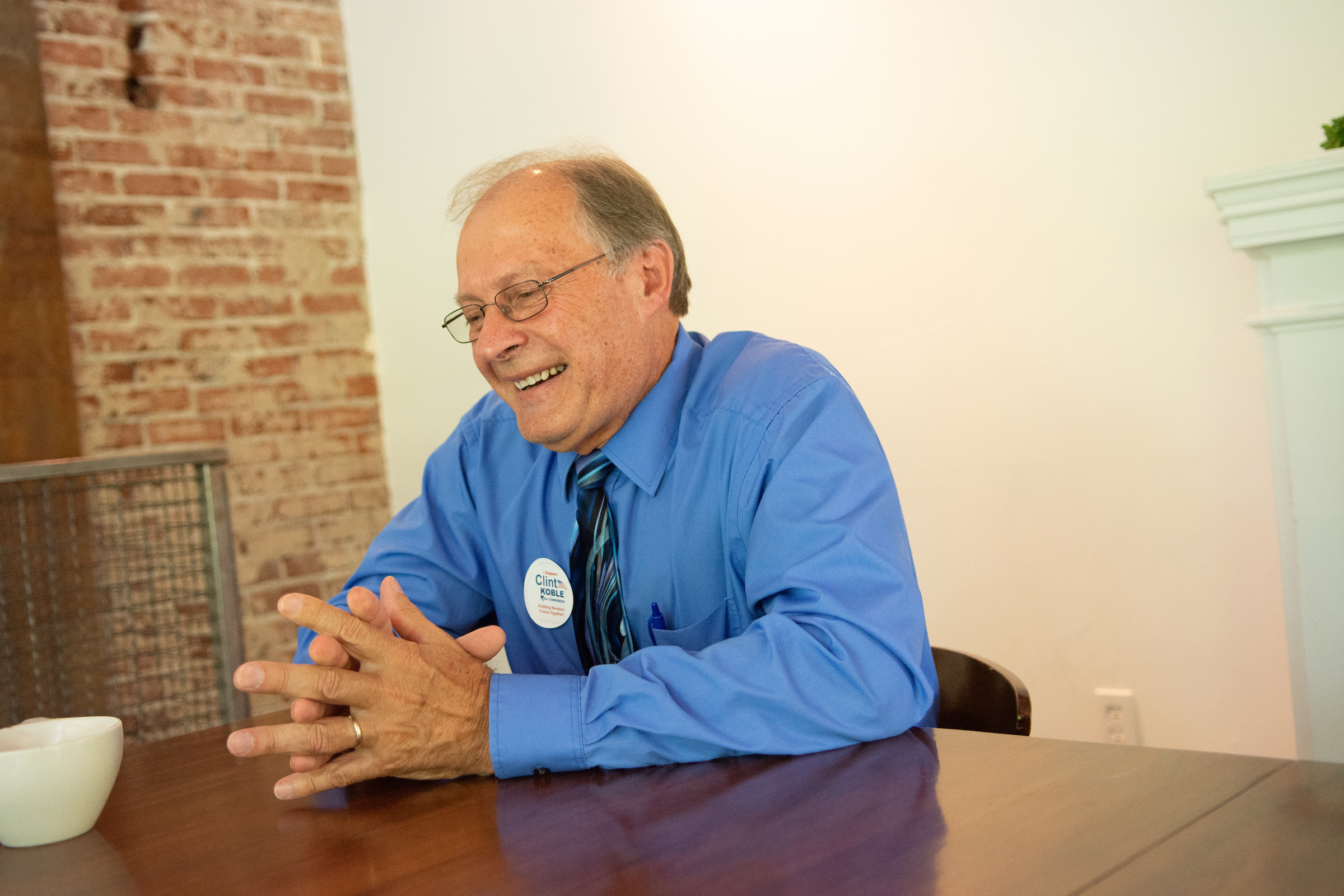 Blue, blue everywhere, but there was none to drink.

At least not in red Congressional District 2, where Democratic candidate Clint Koble ran in the 2018 election cycle against Republican Rep. Mark Amodei. Despite the “blue wave” that took all but two of Nevada’s executive and federal seats — including governor, attorney general, U.S. Senate and others — Koble lost by more than 16 percentage points.

But Koble, who was appointed by the President as Nevada’s executive director of the US Department of Agriculture’s Nevada Farm Services Agency in 2009, is running again for Nevada’s 2nd congressional seat. The mostly rural Northern Nevada district, which encompasses 51 percent of the state’s total square mileage has never been won by a Democrat.

Koble has recently taken on Amodei on the issue of gun safety, an especially sensitive topic in a district where every county except for Washoe County voted for President Donald Trump in 2016. Koble held a gun safety town hall Thursday at Swill Coffee and Wine in Reno, just four days after the mass shooting in Dayton, Ohio and five days after El Paso, Texas’s mass shooting.

"Our Congressman Mark Amodei voted against the bipartisan universal background check act of 2019. He not only voted against us, but he voted against some members of his own party,” said Koble. "If he's not going to have town halls on this tough subject, I'll have a darn bunch more of them."

At the town hall, attended by a group of about 20-30 mostly older attendees, Koble shared a list of 21 ideas to increase gun safety, including an assault weapon buy-back program, combating extremism by identifying groups, and funding studies by the CDC to identify what causes mass shootings.

Seizing on gun issues while they hold the nation’s attention is one way he hopes to avoid repeating history. According to an article by Nevada Capital News, Koble said he did not have enough funds to participate in the coordinated campaign with the Nevada State Democratic Party in the 2018 cycle.

A coordinated campaign allows for Democratic candidates who have won their primaries to work with the state party in order to “pool our resources and basically work in a more efficient way,” said Molly Forgey, the communications director for the Nevada State Democratic Party. It involves the party promoting the full slate of Democratic candidates at once, from the highest-profile to the down-ballot races.

Koble said in an interview that he was confident that his campaign would raise the money in order to be part of the coordinated campaign this election cycle, with changes such as hiring a new campaign manager and starting his campaign earlier. However, it’s still set to be a difficult race.

His opponent, Amodei, has held CD2’s seat since 2011 and won 58.2 percent of the vote during the 2018 midterm elections. Koble received the remaining 41.8 percent.

"It's certainly a challenging race. It's definitely our most challenging congressional race,” said Forgey.