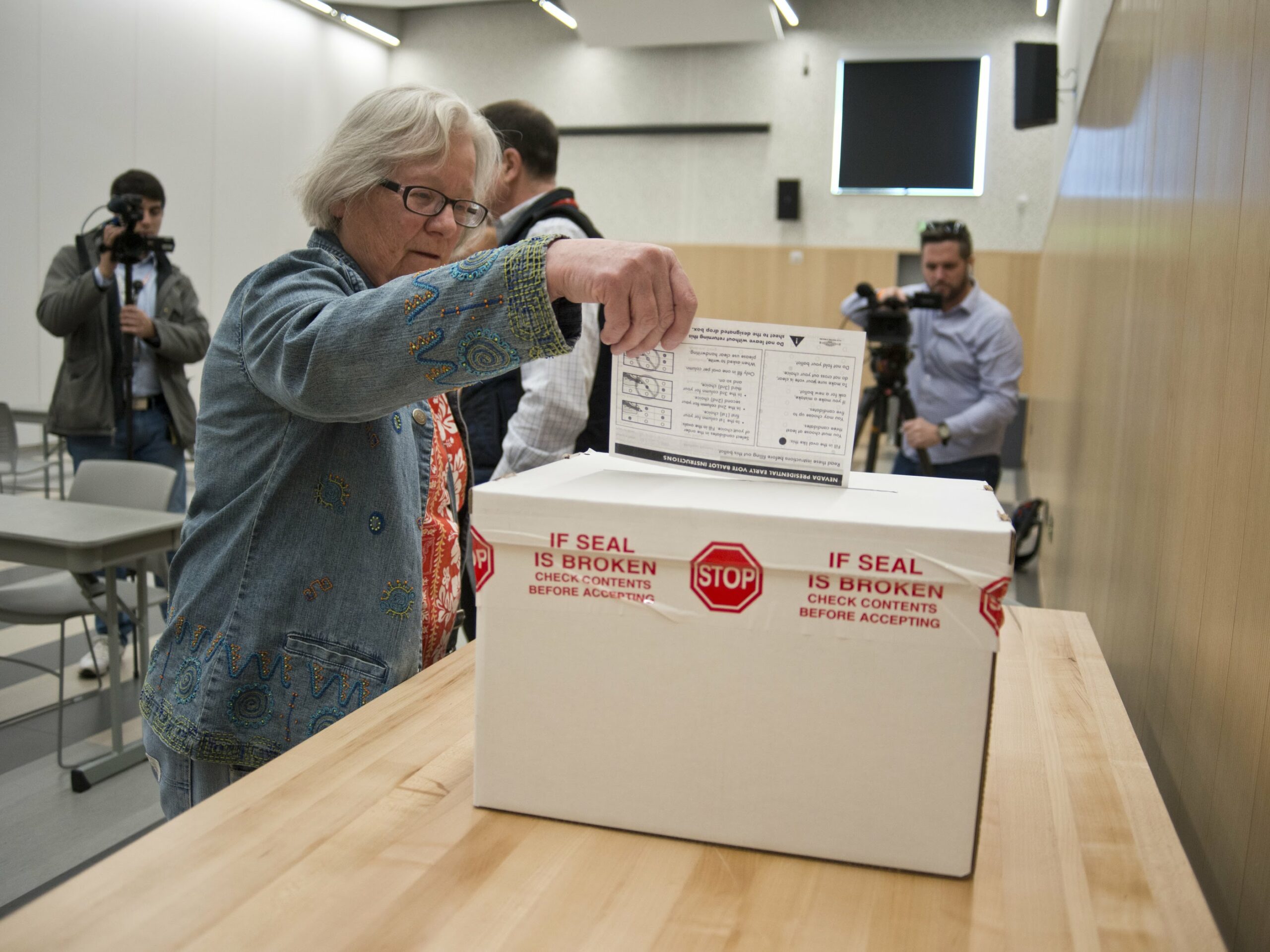 Nevada lawmakers have signed off on using nearly $5 million in federal grant dollars to prepare the state for an all-mail primary election in June.

Members of the state’s Interim Finance Committee approved the spending requested by the secretary of state’s office during their meeting on Thursday, money that will pay for printing and mailing costs, new election equipment and a marketing campaign for the planned mail-only election on June 9.

Wayne Thorley, the deputy secretary of state for elections, told lawmakers that the federal funding would help county election officials avoid unexpected costs of moving to an all-mail election as well as help with outreach.

“Voting by mail is a new process for many many voters in this state, and which is why the voter education campaign is a critical component of our spending plan,” he said. “We want to make sure all voters understand how the process works.”

Secretary of State Barbara Cegavske announced last month that the state would move to an all-mail primary election due to concerns with possibly spreading COVID-19, sending voters mail ballots free of charge and providing some limited in-person sites to drop off ballots or for same-day voter registration.

Thorley said any voter who has not updated his or her address with the office by May 21 would be required to go to an in-person site to receive a ballot.

As for the federal funding, Thorley said the dollars would be used to reimburse or pay for election equipment needed to handle the expected significant increase in mail ballots, including more than $561,000 to rent ballot scanners, contracting with a company to check signatures (referred to as signature cure and allowing voters to clear up issues with signatures) and purchasing ballot scanners, as well as $500,000 in “miscellaneous non-voting equipment,” including commercial letter openers and mail sorters

The largest cost is printing and mail; roughly $235,000 has been allocated for pre-paid postage on return envelopes, and $2.4 million allocated toward ballot printing and initial outbound postage. Thorley said it costs about $1.10 to mail and print each individual ballot.

Another $753,000 of the federal dollars will go toward a marketing campaign run by Reno marketing company KPS3, which Thorley said was chosen based on the group’s past work for state agencies on COVID-19 related communications. The campaign will include a website and advertising campaign.

One potential hangup is that in order to receive the additional election funding, the state is expected to chip in a match of about $900,000 in order to access the funds. Thorley said the state is allowed to count things like portions of employee salaries working on the election as a “soft” match, but that it was still unclear whether the state would actually have to fork over any hard dollars.

“We're still working to identify exactly how we will meet the match (and) to take action to get rid of it,” he said. “But we believe the urgency of the upcoming primary election and the preparations that need to be made necessitate us moving forward.”

Thorley also said the office would work to update its online voter registration portal with language required from a 2019 bill passed by Nevada lawmakers requiring a “user friendly” online voting system that includes basic information on registering to vote and penalties for submitting a false application.

Though Thorley said the changes were minor, committee Chair and Democratic Assemblywoman Maggie Carlton said it was still important for the office to make the required change right away.

“If we're going to rely on a system, it needs to be updated and taken care of so that our constituents have every opportunity and they're not disenfranchised because the office didn't do the updates that they were funded for,” Carlton said.