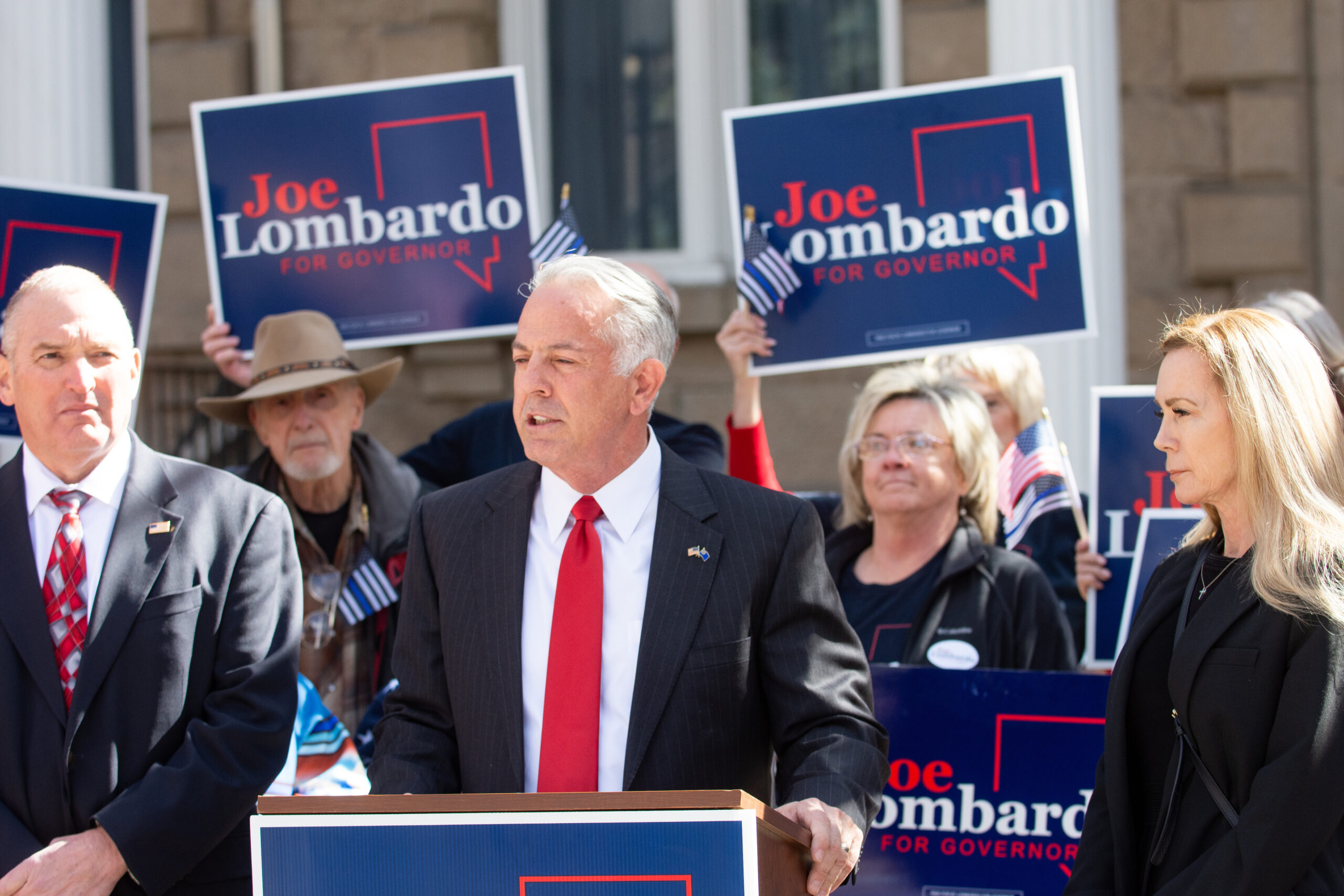 Clark County Sheriff and Republican gubernatorial nominee Joe Lombardo plans to hold a town hall breakfast on Thursday at Liberty Baptist Church in Las Vegas, which opposes homosexuality and was founded by a man with a history of homophobic comments.

Dave Teis, the church’s founder and senior pastor, said during a service in December 2018 that homosexuality is a “demoralizing, degrading, filthy, horrible sin.” The church’s on-site ministry, Liberty Baptist Academy — a private Christian school serving kindergarten through 12th-grade students — has a student handbook that “requests each student … to refrain from participating in worldly activities such as … homosexuality or other sexual perversions.”

Lombardo’s campaign announced Monday that he would be at Liberty Baptist Church on Thursday morning alongside Republican Virginia Gov. Glenn Youngkin to discuss “the top issues facing Nevada, with an emphasis on the importance of fixing Nevada’s broken education system.”

Lombardo’s campaign declined to comment. The church also did not respond to a request for comment on Wednesday afternoon.

The church is affiliated with First Choice Pregnancy Services, a crisis pregnancy center that opposes abortion, including in cases of rape. Matthew Teis, the executive pastor of the church, sits on the board of directors of the pregnancy center.

The anti-homosexuality, anti-abortion views are also taught to students at the Liberty Baptist Academy. A textbook included in the curriculum for 11th graders called Life Management under God includes a passage arguing that legal abortions “can lead to other evils such as euthanasia,” and share “the same mentality that led to the atrocities of Hitler.”

Another textbook passage blamed homosexual men for the spread of HIV.

“When we see the ‘gay marches’ on television, we realize how this vice has grown, and consequently AIDS is growing and spreading,” the book states.