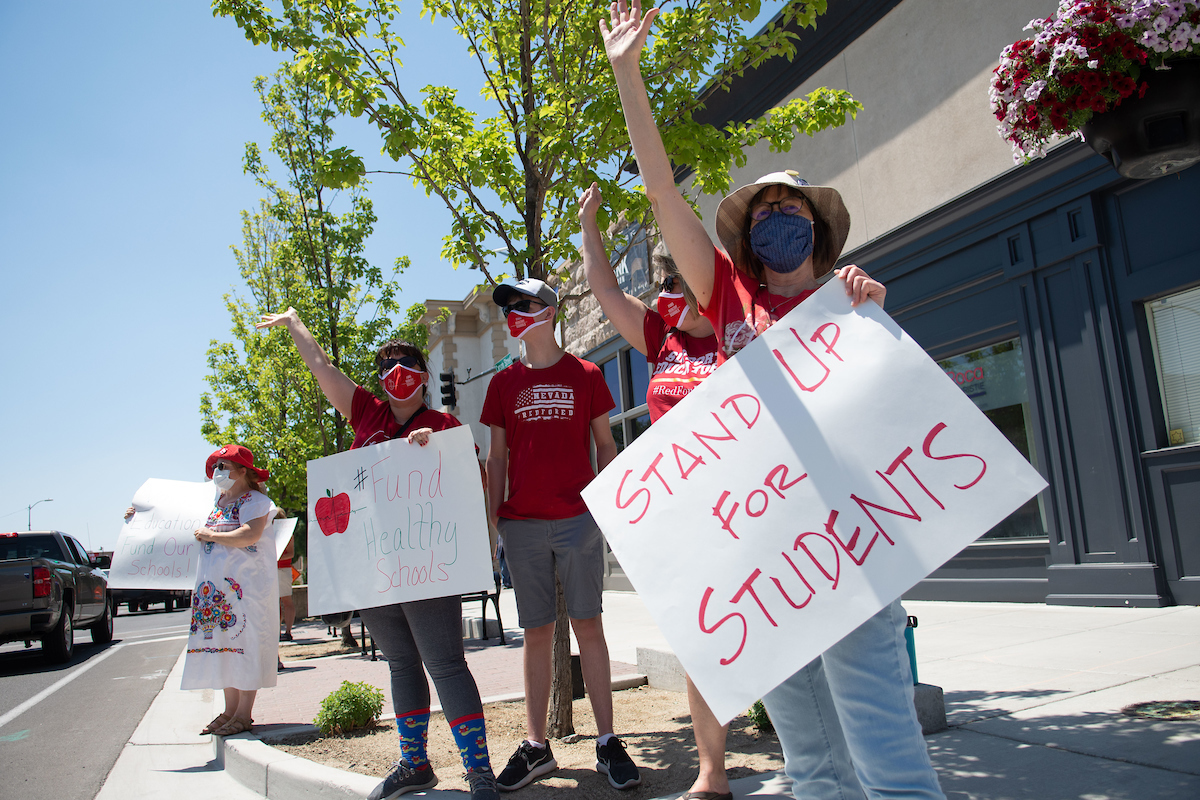 There are some public policy problems that simply can’t be solved by just spending more money.

After all, making government services more expensive is no guarantee of improved service — a truth that, depending on the issue, individuals of all political backgrounds should be able to recognize.

For example, no Black Lives Matter activist or proponent of criminal justice reform would suggest that increasing budgets for police departments is the primary action needed to improve modern police practices. The challenges facing the criminal justice system, after all, are largely cultural and systemic — not budgetary.

And yet, when it comes to education policy, discussions among policymakers are too often focused almost entirely on budgets, as opposed to the cultural and systemic challenges posed by the status quo.

A report recently released by the Nevada Commission on School Funding — an 11-member commission tasked with identifying ways to achieve “optimal” levels of education funding — is a perfect example. Despite failing to actually define what “optimal” funding would be for Nevada’s education system, the report nonetheless presented a slew of potential tax increases as a way to ratchet per-pupil funding upward. Indeed, the entire report seemed to operate off the assumption that an increase in funding would, necessarily, correlate to an increase in educational outcomes for Nevada’s students — despite the fact that past tax increases have failed to produce such improvements.

In truth, however, the way tax dollars are spent on education—just as with policing or any other government-provided service—is far more important than merely how much is spent.

That’s not to say that funding amounts are a completely useless metric—or that a debate over per-pupil funding isn’t worth having. However, looking across the nation, there is no clear correlation between funding and academic performance. And the reason for that is simple: Budgetary concerns are but one variable in the complex and multifaceted area of education policy.

The state of Florida’s recent (and continued) educational improvement is one of the prime examples of how variables other than per-pupil funding have a tremendous impact on students and taxpayers alike. Despite being ranked as the third-highest in the nation for K-12 achievement, Florida ranks among the bottom 10 for education funding, according to Education Week.

Perhaps the greatest failing of the commission’s report was the fact that, before exploring ways to hike taxes on Nevada families, it never seriously questioned why previous spending increases failed to deliver substantive academic gains — or why states with similar (or even less)  per-pupil funding have routinely outperformed Nevada.

Failure to take a critical and holistic view of the challenges facing education explains the commission’s refusal to pinpoint an “optimal” level of per-pupil funding. After all, if there is little interest in ensuring current funding levels are optimized, no increase to spending will drastically improve the academic careers of students.

It’s for this reason that education policy—more so than almost any other area of public concern—must be about more than mere budgets and per-pupil spending averages. First and foremost, it should be about ensuring students and families have equal access to quality educational options, regardless of what dollar amount lawmakers ultimately decide is “optimal.”

As Florida has demonstrated with its continued improvement in academic performance, funding students directly — rather than government systems — is one of the most powerful ways to improve the lives of students, even while operating with serious budget constraints.

Through a massive expansion of both public and private educational options, Florida has increasingly dedicated more of its education dollars toward ensuring students have access to classrooms that suit their needs—rather than simply pouring more money into classrooms that don’t. The result has not only benefited those students taking part in choice programs, but also the students who remain in traditional public schools.

Aside from the obvious social benefits of awarding low-income and disadvantaged students with scholarships for educational alternatives, such choice programs are also less expensive than funding traditional public education—meaning higher enrollment in such programs generates savings for the state that can be directly invested in increasing per-pupil funding for children who remain in public school classrooms. (The same cost-saving concept can also apply to public charter schools—which receive only a portion of the per-pupil funding that would otherwise go to traditional public-schools.)

So, as we discuss and debate what should be considered “optimal” per-pupil funding in Nevada, it’s incumbent upon us to look beyond just the headline-grabbing numbers. Taking a critical eye toward why previous increases in education spending failed to produce proportionately greater academic results seems like a good place to start. Beyond that basic first step, investing in reforms that ensure education dollars are directly tied to what is best for each individual student’s academic career — such as Nevada’s Opportunity Scholarships — should be the primary focus of any conversation.

After all, the challenges inherent in the public education system aren’t going to suddenly disappear just because it has been made more expensive. In fact, without substantive reforms to the way we deliver and fund education, they’ll probably only get worse.