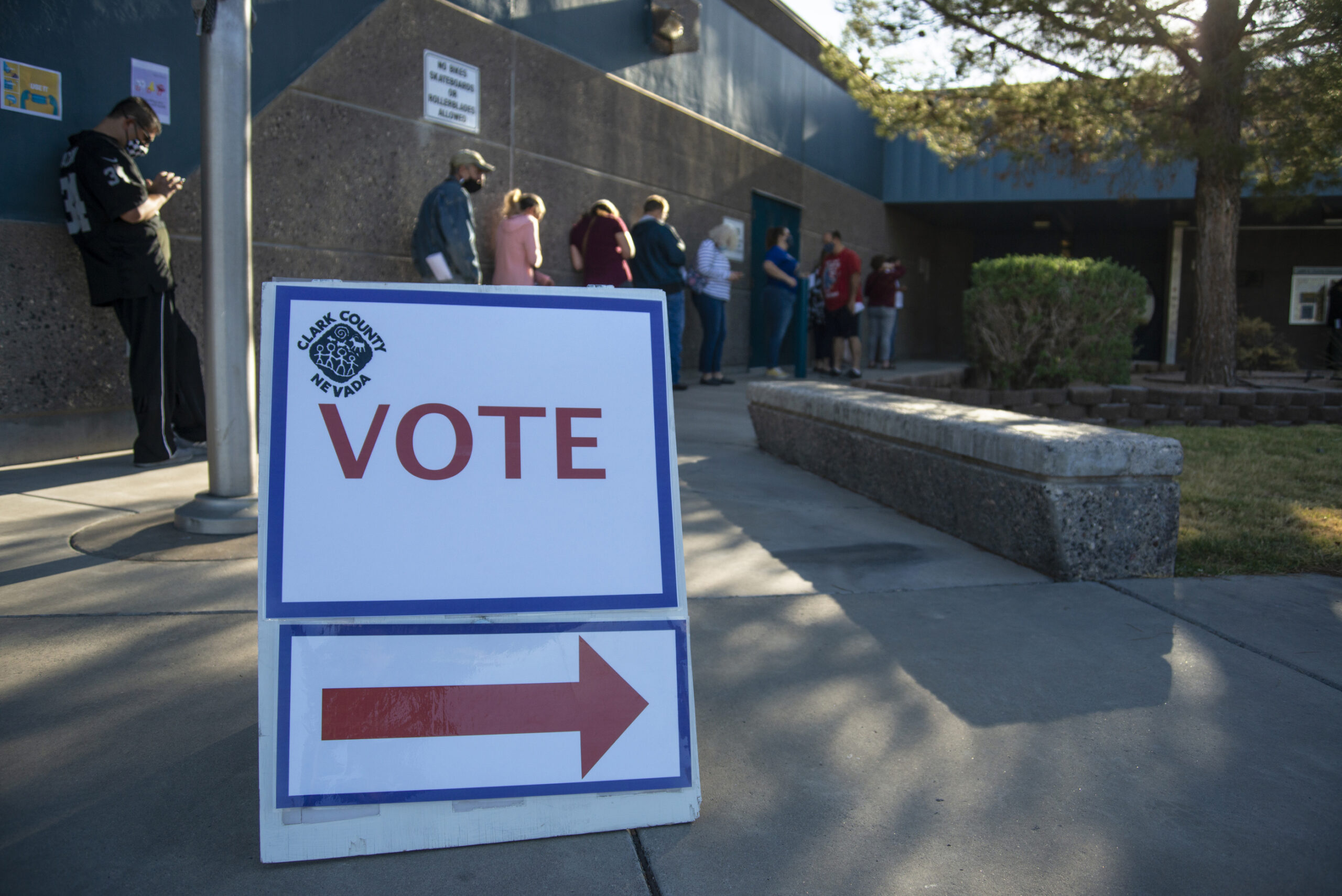 In 2008, when Barack Obama won Nevada by double digits, the Democrats had an 8 percent voter registration edge over Republicans and non-major-party voters made up a fifth of the electorate.

In 2012, when Obama won Nevada by about 7 percentage points, the Democrats had a 7 percent edge over the GOP in registration and non-major-party voters were up to 23 percent.

In 2016, when Hillary Clinton won the state by 2.5 percentage points, the Democrats’ lead had shrunk to 6 percent in registration and independents and others were up to 27 percent of the electorate.

And last year, when Joe Biden won Nevada by the same margin as Clinton, the Democrats’ edge over the GOP had fallen below 5 percent and non-major-party voters had increased to more than 30 percent of the electorate.

The trends here are clear: The Democratic lead in statewide voter registration has decreased by about 40 percent over the last four cycles and non-major-party registration has increased by 50 percent. (The numbers are actually slightly larger since November; both major parties have lost more ground.)

The Republicans have no reason to rejoice because even as they have come closer to the Dems while losing four straight presidential elections here and watched their numbers in important offices dwindle to almost nothing, they also are behind indies and third parties in registration.

The rise in nonpartisan voters is mostly driving this trend. Indies have gone from 15 percent of the electorate in 2008 to 25 percent at last count — a 67 percent growth rate in 12 years. (The rest of non-major-party voters have gone from 5 percent to 7.5 percent, or a 50 percent increase.)

Some of the reasons for this marked shift are clear; others are murky.

The motor-voter bill passed in 2019, which allows people to register to vote at the DMV and marks them as nonpartisan if no preference is expressed, has played a tangible role. But the general distrust of both parties has risen here, as it has nationally, and the Democrats likely have lost more voters because…they have more voters to lose.

The implications of this for ’22 and beyond are not so easy to discern. The question of who these independent voters are in each area of Nevada is the key to electoral success going forward — they make up a third of the Clark County electorate and may well eclipse GOP registrants this year.

The 2020 results indicate that the Clark indies are slightly right of center; despite a nearly 12 percent Democratic registration edge in Southern Nevada, Biden only won Clark by 9 percent. That is either a danger sign or proof Donald Trump was sui generis — or both.

On the other hand, Biden won Washoe County by 4.5 percent, where registration was essentially even, so indies there are probably more left of center. And in the rurals, it has long been accepted that indies are pretty conservative and Democrats are the third party — a view backed up by registration numbers.

Of course, candidates and issues will matter, and right now, the Republicans in Nevada have a very light bench. But the trajectory is clear: Despite their undeniable success, the Democrats, who once had a 100,000-plus voter advantage in this state, have lost 20 percent of that edge since 2008. It may not be ominous, but it has to be reason for Democratic fretfulness — and Republican hopefulness.

We still don’t know whether the Democratic Socialist takeover of the state Democratic Party will be a significant factor, either. Yes, the GOP is salivating to use it in campaigns, and, yes, The Reid Machine plans to try to operate outside the party. And while we also can conclude that the party will raise its own money, thanks to Bernie, AOC and others, we still do not know whether the new party leaders will deploy it effectively.

What we do know with certainty is the Nevada of 2022 will have non-major-party voters who are competitive in numbers with the major parties. And the road to success, including in critical U.S. Senate, constitutional officer and legislative races, goes through them.