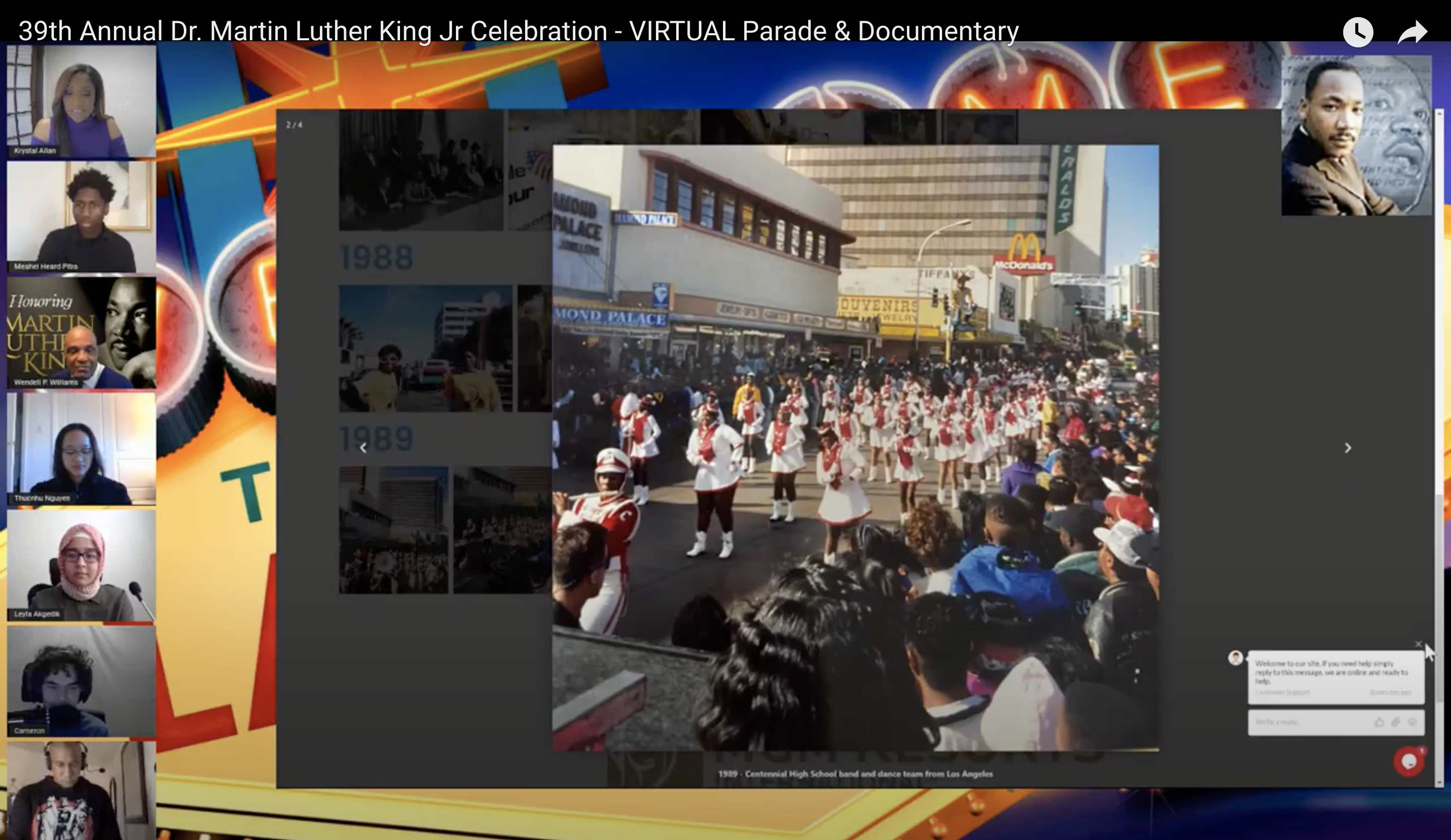 Although the traditional Martin Luther King Jr. Day parade and other large-scale celebrations across the state were cancelled because of the pandemic, Nevadans still honored King's legacy virtually and in person, with socially distanced volunteer events at local charities and remembrances of Black leaders who have died in the past year.

The unprecedented year made the 39th annual Martin Luther King Jr. Day parade take a virtual turn. The procession would normally fill the streets of downtown Las Vegas with decorated cars, floats, dance and musical performances, and with thousands of spectators lining the sidewalks.

The virtual parade showcased organizations and local groups that shared their excitement over the holiday and their history of working towards racial equality, social justice and service in the community.

“We're all together doing Dr. King's dream, we're gonna make sure this dream stays alive,” said Wendell P. Williams, founder of the Dr. Martin Luther King Committee of Las Vegas and the annual MLK Parade. “There's nothing, as big as COVID is, or anything else that can stop it from keeping his dream alive.”

Williams said he was glad that they chose to hold the parade virtually rather than cancel it because it brought a sense of community to Las Vegas during an otherwise turbulent time.

“When you see children of all ethnicities, all walks of life, boys, girls, you name it, you know, everybody coming out and smiling and having a good time and participating, you're proud to be seen, and it makes it all worthwhile,” said Williams, a former assemblyman.

With King’s message of brotherhood and peace in mind, Williams also made note of the importance of serving the community during the holiday.

“The parade is an anchor to encourage people to remember to act because the MLK holiday is the only holiday out of the 11 that we observe nationally that is a day on, not a day off,” said Williams. “So we celebrate his birthday. But we use that day to remind people to do things of goodwill towards other people in other communities.”

For MLK National Day of Service, the Food Bank of Northern Nevada held volunteer sessions to sort and pack the donations in its warehouse, later to be shipped to its 147 partner agencies across the state and distributed to families.

Last year’s MLK Day event brought 800 volunteers, according to food bank spokeswoman Jocelyn Lantrip. But because of the pandemic, social distancing and health guidelines, the organization allowed only 15 people per 2-hour block, for a total of 60 volunteers. Sessions were full for Monday's event.

“We definitely didn't want to skip this year,” Lantrip said. “Volunteers are the ones who have really helped us get through all of this. Food insecurity is an all-time high across the country and it just takes a lot of hands to get that food out to people. So we really appreciate our volunteers still showing up, even during a pandemic.”

Nevadans across the state also took time out on the holiday to hold remembrances for other Black leaders.

The UNR Center for Student Engagement hosted a series of “MLK Day of Service” events that featured a detailed remembrance of the life of Rep. John Lewis, a congressman from Georgia and civil rights leader who died last year.

The remembrances also continued with local Black leaders, as the Carson City Democrats began their Monday tele-luncheon with attendees sharing memories of the late Joe Neal, who was the first Black state senator in Nevada.

Other celebrations of King from around Nevada included church services, the MLK Technology Summit, which recognizes contributions of people of color in technology, and the MLK Day in the Hood event, which was a day of service in Las Vegas hosted by a Black empowerment group called New Era Las Vegas.