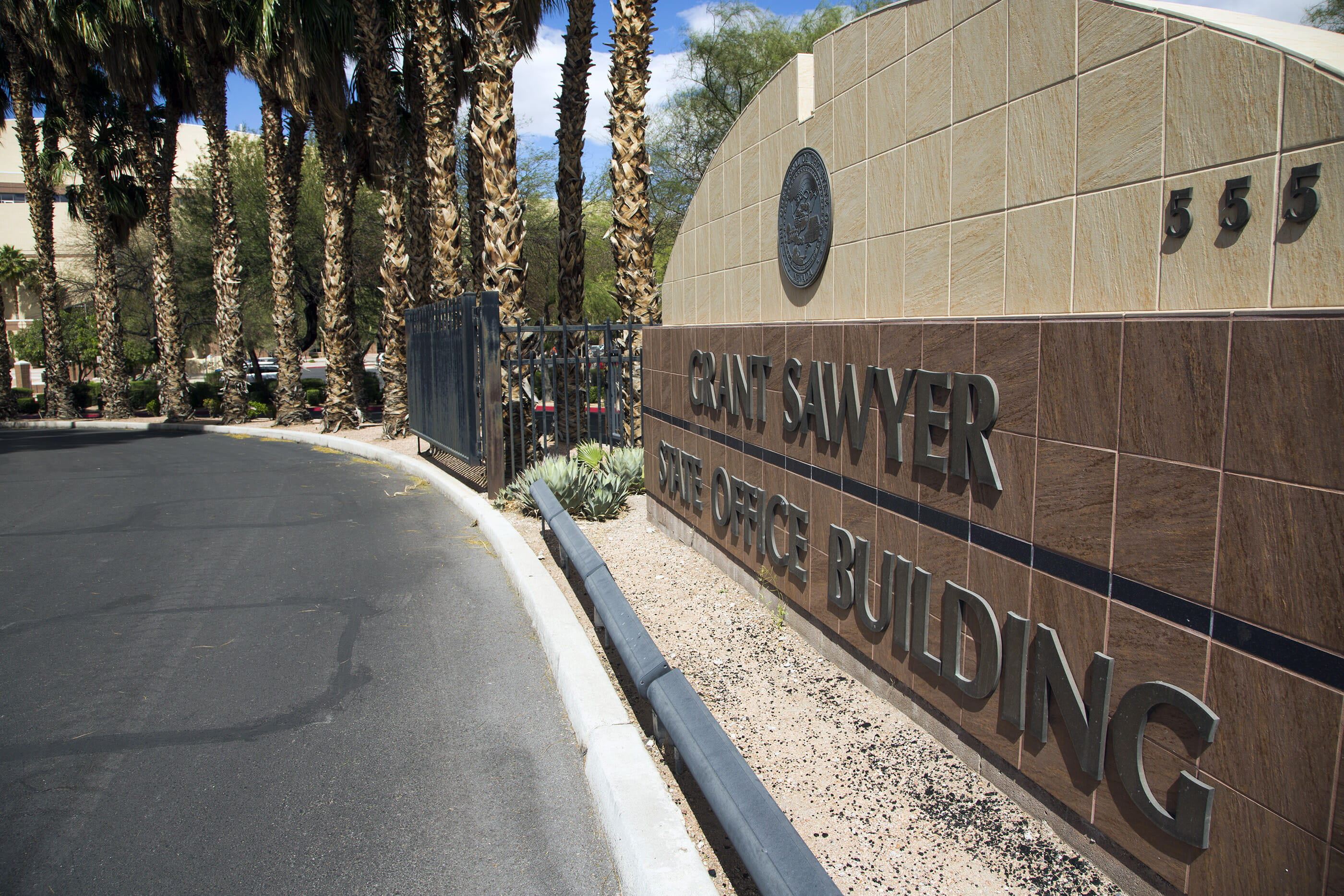 There is a ‘90s throwback making the rounds in the Grant Sawyer State Office building — the largest state-owned building in Southern Nevada.

It isn’t flannel shirts, Nirvana records, Friends reruns or boy bands — it’s the unwelcome return guest of the toxic black mold strain Stachybotrys chartarum, which plagued the five-story building in the late 1990s, and appears to have returned to the five-story building that holds 700 employees and hosts thousands more through public meetings.

State officials said this week that at least 10 workers in the building have filed initial workers compensation claims related to respiratory and other symptoms, and that a new report by an internal medical specialist received last week found likely traces of the water-loving mold in the 22-year-old building.

Although state offices charged with maintaining the building say a solution is in the works, some of Nevada’s top elected officials, as well as a union representative for law enforcement, say the state hasn’t done enough to stem the problem amid reports of heating and air conditioning malfunctions and pigeon excrement on the roof of the building.

At a Tuesday meeting of the state’s Board of Examiners — which consists of the governor,  attorney general and secretary of state — Attorney General Adam Laxalt said the problems had forced at least one part of his office that worked in the building to move to another location, and he urged officials with the state’s Department of Administration and Public Works to take the matter seriously.

“We have real employees that absolutely have physical manifestations of whatever is going on in the building,” he said. “As you write your own report, I hope you take that into account, because obviously the doctor’s report is not necessarily digestible, and I think will be interpreted as there really isn’t much going on and a few minor fixes and everyone will be okay. I don’t think that’s the tone you guys want to send.”

Nevada Department of Administration Director Patrick Cates on Tuesday told the Board of Examiners that the department had received a report from Reno-based Dr. James Craner, who hypothesized that mold spores may be moving throughout the building through the ventilation system.

Cates, who was careful to say that investigators had not explicitly determined the building is mold-contaminated, said that the likely culprit was leaky HVAC pipes in the roof of the building, which would then cause low levels of the fungus to be distributed throughout the air of the building.

“This type of mold is consistent with very wet building materials, and its presence is associated with water damaged material in the building,” he said at the meeting on Tuesday. “These were atypical findings, not what you would expect in a building that didn’t have any issues.”

Cates said that building staff planned to replace the HVAC unit by May 4, and would then take on a recommended 6 to 8 week process of thoroughly wiping down office spaces, vacuuming and steam-cleaning all floors in the building. The estimated cost of the cleaning is between $70,000 and $90,000.

In a missive delivered to building employees on Friday, Cates said the state would engage in follow-up mold testing fourth months after the initial deep cleaning.

“Please know this is a high priority for this administration and we are doing everything we can to ensure a safe and comfortable environment for the occupants and visitors of the Grant Sawyer building,” he wrote in the letter.

Chris Chimits, the interim director of the state’s Public Works department, also told the board on Tuesday that many of the problems ailing building employees could be caused by issues with air ventilation, and that planned upgrades such as the HVAC replacement would likely improve the environment.

“People don’t know if it’s a mold issue, they just know they’re not comfortable,” he said. “I think this whole idea of a ‘sick building syndrome’ has something to do with just comfort and fresh air in the building. And those things are coming.”

Cates, responding to a question from Secretary of State Barbara Cegavske, said the department had considered replacing the carpet in the building, but decided not to as it could add dust and other unpleasant odors or particles to the office building. He said that while the department would have all damaged ceiling tiles replaced by June, the office did not want to do a full scale replacement of every ceiling tile in the building as it would disturb dust and mold spores that have yet to grow.

This isn’t the first time that dwellers of the government building have dealt with illness-causing mold — in the late 1990s, at least 25 employees who worked in the building filed insurance claims over regular respiratory illness caused by a familiar moldy face — stachybotrys chartarum.

Rick McCann, who heads the Nevada Association of Public Safety Officers and represents several dozen police officers who work in the building, has been an outspoken critic of the state’s response to mold issues in the building. He said he had raised the issue with Laxalt and Cegavske during candidate interviews for their next runs for office, and said he was astonished that the state wasn’t doing more to fully eradicate mold from the building.

“Acceptable levels of mold — that’s like going to Flint, Michigan and saying there's an acceptable level of lead in the water,” he said. “This is an organization, the state of Nevada, that has fallen on its face in terms of taking care of people in that building.”

Disclosure: Richard McCann has donated to The Nevada Independent. You can see a full list of donors here.
SHARE
Comment Policy (updated 4/20/2021): Please keep your comments civil. We reserve the right to delete comments or ban users who engage in personal attacks, use an excess of profanity, make verifiably false statements or are otherwise nasty. Comments that contain links must be approved by admin.