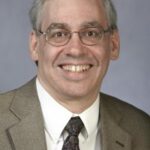 David Fott
September 18th, 2020 - 2:00am
The Declaration of Independence. Image from National Archives.
Natural rights do not entitle us to injure the health of others

The Declaration of Independence does not prescribe a particular form of government for the securing of our inalienable rights, but it leaves no doubt that government is necessary. The people may be the best judge of how the mask fits, but these days, can we do without masks?

Constitution Day—Thursday, September 17—is the national observance of the signing of the U.S. Constitution on that day in 1787. As the date approaches, it is an appropriate time to ask about the power of government in an emergency, and, more specifically, how the Constitution is faring during this pandemic. Some would say that the Constitution is in ill health itself because of mandates in many places to wear masks in public. If the Declaration of Independence—now interpreted to exclude the possibility of slavery (as Abraham Lincoln, for one, knew it should be)—is the moral standard for the Constitution, the English philosopher John Locke might be called the moral standard for the Declaration because of his substantial, outsized influence on that document.

In his Second Treatise of Government, Locke teaches that the moral standard for all government is a law of nature that tells us to make self-preservation our first priority, but after that, we ought “to preserve the rest of Mankind, and may not unless it be to do Justice on an Offender, take away, or impair the life, or what tends to the Preservation of the Life, the Liberty, Health, Limb or Goods of another.” Preserving another person requires more than refraining from killing that person. Do I have a right not to wear a mask if my refusal injures the health, and possibly the life, of another person?

This is the same Locke who declares that all humans “are naturally in . . . a State of perfect Freedom to order their Actions, and dispose of their Possessions, and Persons as they think fit”— but he immediately adds “within the bounds of the Law of Nature.” Freedom and law are not natural enemies. Not only is the law of nature compatible with our natural freedom, our natural freedom requires its existence. Locke argues that “where there is no Law, there is no Freedom. For Liberty is to be free from restraint and violence from others which cannot be, where there is no Law.” Without the law of nature, there would be no moral restraint to prevent us from harming one another at our pleasure. How free would any of us be, then?

Thus, my natural rights do not entitle me to injure the health of another person unless my self-preservation requires such injury. It is impossible to be sure that Locke would approve of a mandate to wear a mask in a pandemic, but his teaching points in that direction. The Constitution may be in jeopardy in other ways, but the pandemic—although it has robbed us of much of normal life—has not stolen our Constitution.

David Fott is professor of political science at UNLV, where he has taught political theory and American political thought since 1992. He is founder and director of the Great Works Academic Certificate Program at UNLV. Fott has translated Cicero’s On the Republic and On the Laws (Cornell University Press) and is also writing a book on the political philosophy of Cicero and Hume. He is the author of John Dewey: America’s Philosopher of Democracy and articles and book chapters on Dewey, Cicero, Machiavelli, Montesquieu, U.S. presidential power and Jane Austen. He received his B.A. from Vanderbilt University and his A.M. and Ph.D. from Harvard University.