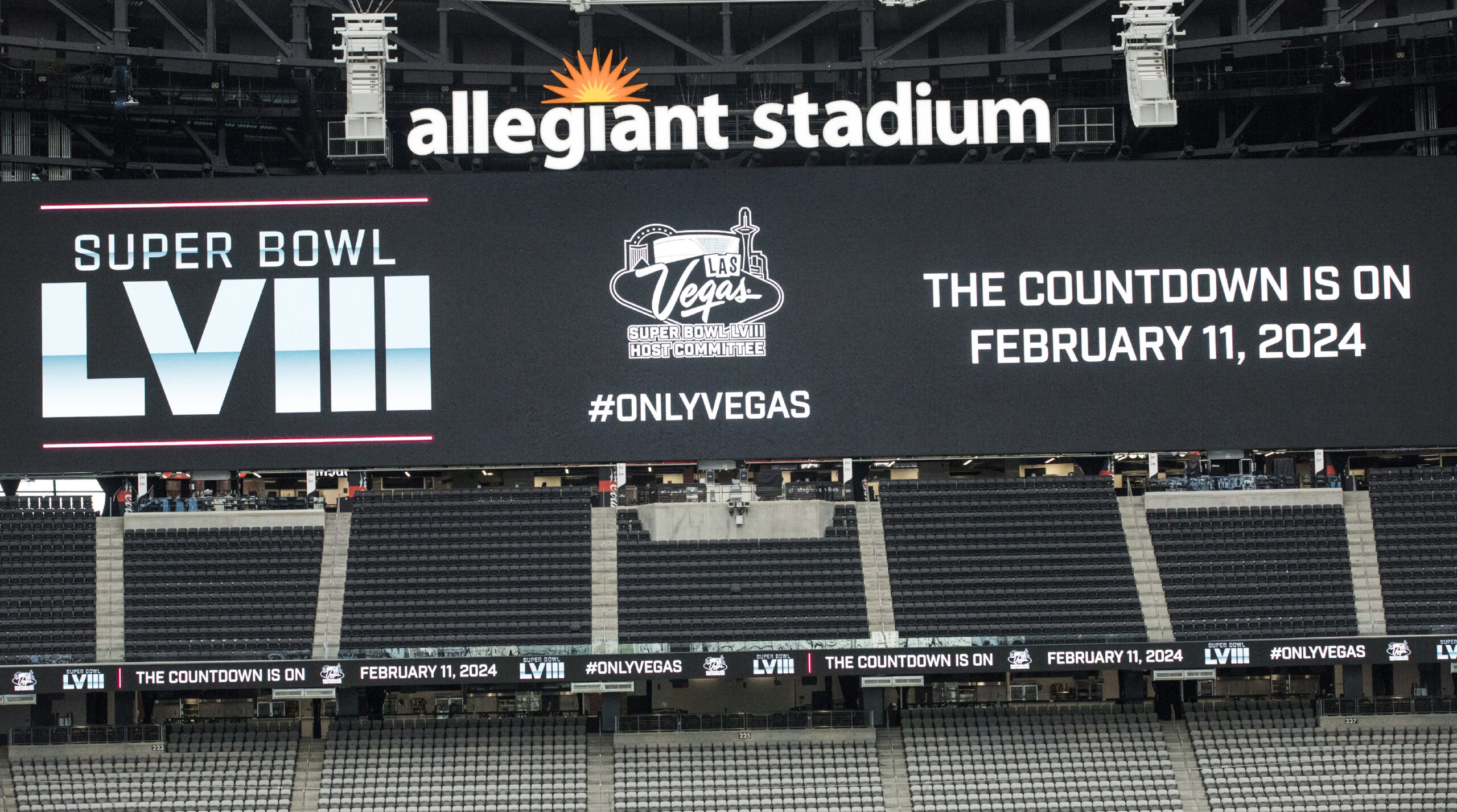 When the 2024 Super Bowl kicks off in Las Vegas, fans in Allegiant Stadium and those watching around the world can be sure the game will end with a clear winner and loser.

But if the hometown Las Vegas Raiders make it to the game, there will be another loser — Nevada’s budget.

Amid the rosy economic projections and promises accompanying Wednesday’s announcement that Las Vegas will host the biggest day in football, ticket taxes from the game itself, likely worth millions of dollars, would not be collected if the Raiders made it to the Super Bowl in 2024.

That’s because of the structure of the state’s Live Entertainment Tax, a 9 percent charge on ticket prices for any facility that provides live entertainment with a minimum occupancy of 200 seats or individuals. The tax exempts professional sporting events if the team is based in Nevada.

Las Vegas Convention and Visitors Authority CEO Steve Hill said based on ticket sales for past Super Bowls, the Live Entertainment Tax revenue could count for just over $20 million of the $70 million expected to be generated in state tax dollars.

To be clear, a Super Bowl in Las Vegas will undoubtedly result in a boost in sales tax and other ancillary tax revenues as tens of thousands of people descend on the city for both the game and events surrounding it.

But the specific wording of the law — a result of a 2015 overhaul of the tax — means that Nevada-based professional sports including the Raiders and Vegas Golden Knights don’t have to pay the 9 percent fee on tickets that other large events are required to collect. An effort to require the tax on professional sporting events died in the 2021 legislative session, amid forceful opposition from the sports teams.

Neutral site games, such as the Super Bowl or upcoming Las Vegas Bowl between the Wisconsin Badgers and Arizona State Sun Devils college football teams, are required to collect and remit the tax to the state — unless one of the teams is based in-state.

A spokeswoman for the Nevada Department of Taxation confirmed in an email Thursday that the Super Bowl will be subject to the tax, unless the Raiders progress to the game, in which case it would be exempt. Las Vegas Convention and Visitors Authority CEO Steve Hill said in an email that he shared the same interpretation of the state law.

If collected, the tax is likely to bring in substantial revenues to state coffers. Priority access — or a refundable deposit to be the first to have access to tickets to the game and travel packages during the pre-sale window before the official on-sale date for 2024 — started at $2,500 on Wednesday after the announcement. Twenty-four hours later, the price was up to $3,500.

For the 2021 Super Bowl, held at the Raymond James Stadium in Tampa with capacity limitations because of the pandemic, average ticket prices peaked at $7,589. Prices then dropped in the days leading up to the game to $6,200, according to CBS Sports.

The average ticket price for the 2020 Super Bowl between the San Francisco 49ers and the Kansas City Chiefs was $6,621.

Super Bowl weekend is already a big money-maker for Las Vegas, including fans placing bets at the sportsbooks, visitors staying at hotels and watch parties in bars around town.

Allocation of Super Bowl tickets is closely controlled by the NFL, with a limited number of tickets released to participating teams, the league office and other teams including the host team, with some of those sold directly to season-ticket holders or suite holders. For regular people, buying a ticket on the secondary market (where prices can reach north of $5,000) is the only way into the game, with ticket prices often far exceeding their face value.

Members of the state Economic Forum — a group of five economic experts charged with forecasting tax revenues — projected in May that the Live Entertainment Tax would bring in just shy of $180 million over the coming two fiscal years. An estimated 90 percent of the tax comes from events on the Las Vegas Strip.

Historically, most NFL teams have not made it to a Super Bowl hosted in their home stadium.

Until 2021, when the Tampa Bay Buccaneers defeated the Kansas City Chiefs in Tampa Bay’s Raymond James Stadium, no NFL team ever qualified and played in the Super Bowl hosted by their home stadium. The Raiders last made a Super Bowl in 2002, which also marked their most recent appearance in the NFL playoffs.

Still, the possibility of seeing the Raiders play in their home stadium in a Super Bowl is irresistible to some big fans of the team.

“And Mark, not only did you promise that you're going to get a Super Bowl here, you promised that we're gonna win the Super Bowl with the Las Vegas Raiders,” Gov. Steve Sisolak said to team owner Mark Davis during the Wednesday announcement. “We're hoping for that and hopefully it's going to be in the game that’s played here on Feb. 11, 2024.”

Updated on Dec. 17, 2021 at 9 a.m. to include additional information regarding the projected Live Entertainment Tax revenue.