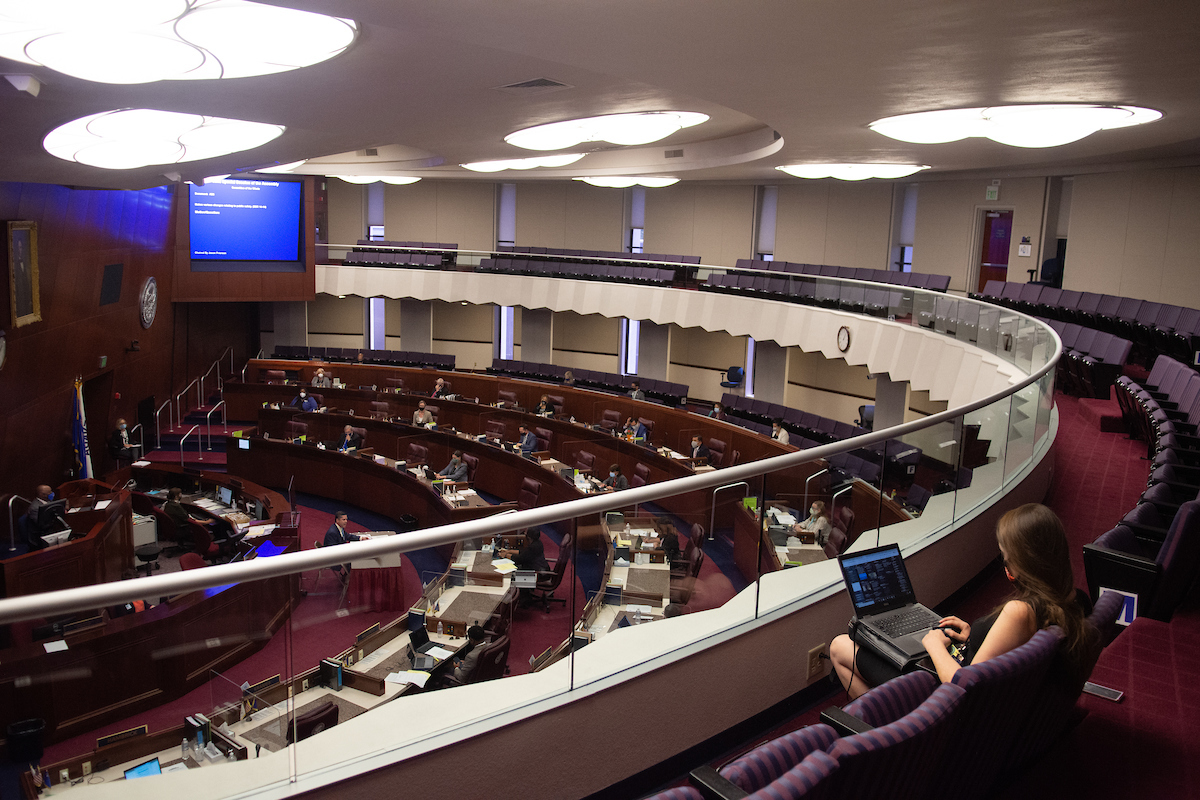 The months-long, multiracial protests against police violence and for racial equality are a demand for change, and states such as Colorado are listening. The Legislature is at risk of not heeding the call. The proposed police reform bill for the current special session does not do half of what Colorado did. If Nevada is serious about meaningful change, our Legislature must deliver police reform at least as strong as Colorado’s.

With our expertise as scholars and public policy professionals, we have evaluated the proposed bill and found it sorely lacking. The potential police reforms include only a ban on chokeholds, protections for people who record police brutality, a duty to intervene and report when another officer uses unreasonable force, and a minor tweak to the law defining reasonable use of force.

The intervention requirement is important, but the rest allows police and prosecutors to practice business as usual. Business as usual has included racial profiling, racially disparate use of force, and no prosecution of police misconduct. The bill seems to be aimed at preventing another death like George Floyd’s, but these reforms would not have made a difference to Byron Williams, who died in the custody of Las Vegas Metro police officers after a pretextual stop last year.

The Colorado bill makes important changes that are missing from its Nevada counterpart. Among the most important of the many changes Colorado has made are the following:

Some will claim the current bill is a helpful step toward future reform, but there is reason to fear that is not the case. If legislators won’t act now in the wake of the widespread condemnation of the killings of George Floyd, Breonna Taylor, and many others, they are unlikely to do so later if public attention moves to other matters. The next Legislature might decide police reform is past business, leaving the current inadequate bill as a face-saving substitute for robust reform. A meaningless first step might thus be worse than no step at all.

To qualify as a legitimate first step, the Nevada bill must include the provisions from the Colorado bill identified above and also create a “Task Force on Policing Accountability.” The task force would review best practices developed in other jurisdictions and make recommendations to the Nevada legislature by the end of 2020. The task force’s mandate should authorize it to research and make recommendations on the following topics:

As public policy experts, we are not just grousing from the outside, but pledge our time to aid the task force’s effort.

With their police reform bill, Colorado legislators were able to proudly proclaim “we heard your cry and the people of Colorado did not look away.” Passing a gutted version of Colorado’s bill would not only be looking away, it would be running in the opposite direction. We know our legislators can accomplish at least as much as Colorado did.

Frank Rudy Cooper, Addie C. Rolnick, and Stewart Chang are professors of law at the UNLV Boyd School of Law and co-facilitators of the Program on Race, Gender & Policing. Dmitri Shalin is professor of Sociology and director of the Center for Democratic Culture at UNLV.