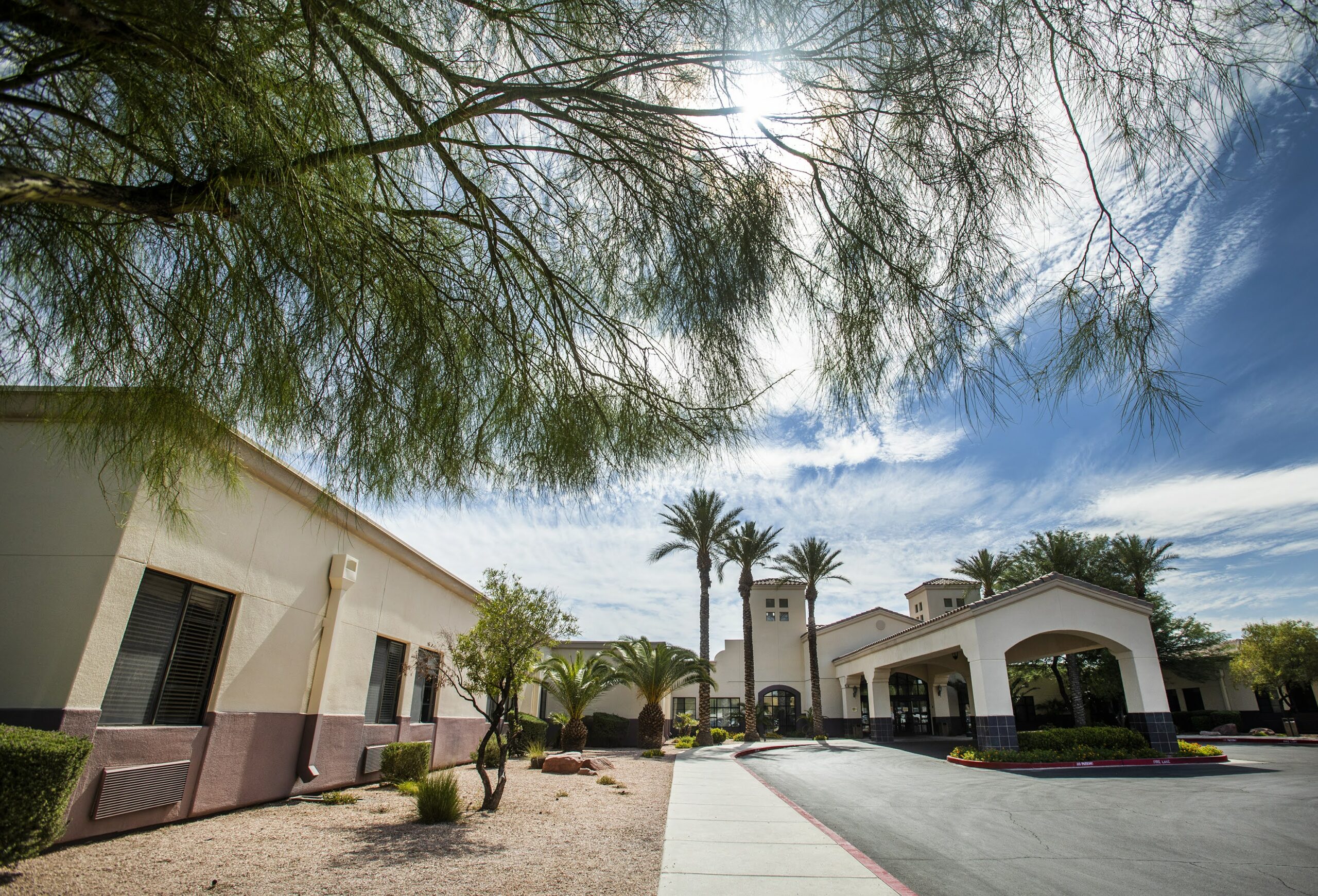 Personal care aides for older Nevadans and people with disabilities are in higher demand because of the COVID-19 pandemic, but a new report warns of a possible “care gap” if wages below the cost of living and limited benefits prevent the workforce from expanding to meet the need.

The report, released earlier this month by the Guinn Center for Policy Priorities, a nonprofit, nonpartisan research center in Nevada, indicated that by 2040, Nevada would require an additional 10,000 aides — an increase of more than 80 percent. SEIU Local 1107, the Nevada union which represents these workers, called attention to the report and the “dire crisis” for Nevadans if pay and protections remain unchanged and trigger a “dangerous shortage.”

“The demand for home care is skyrocketing, but the current system is not meeting the needs of seniors or workers,” Rozetta Love, a home care provider working in Las Vegas, said in an SEIU press release last week. “They are struggling to find reliable, quality care, and we can’t even care for our own families because wages are too low and we get no benefits, sick leave or even basic protections like PPE.”

A personal care aide (PCA) is an individual who provides daily, in-home assistance for older people and people with disabilities. The position differs from a certified nursing assistant or home health aide in that PCAs provide non-medical support. Instead, they are primarily caregivers, performing daily tasks including grooming, mobility assistance, housekeeping and grocery shopping.

According to the report, there are 13,000 PCAs working in Nevada, and that number is expected to rise as the state’s population aged 65 and older increases. From 2010 to 2018, the number of PCAs working in Nevada nearly tripled, and by 2026, the state is projected to need another 5,300 PCAs in the workforce.

More and more older Americans have been opting to hire in-home care rather than transition into nursing homes because of a desire to “age in place,” and states have found that providing in-home care is more cost-effective than operating long-term care institutions.

The growth in demand has been exacerbated by the COVID-19 pandemic, which has caused many older adults and individuals with disabilities to leave hospitals and care centers to instead seek in-home care.

“Personal care aides are frontline, essential workers who provide the necessary supports that allow seniors and individuals with disabilities to avoid long-term care settings,” Guinn Center Director of Economic Policy Meredith Levine said in a press release. “As long-term care facilities have been devastated by COVID-19, the pandemic has underscored the value of personal care aides and the crucial role they play in helping vulnerable people remain in the comfort and privacy of their homes.”

By 2040, Nevada will have to increase the number of PCAs by 82 percent, but with 50 percent of the current PCA workforce between the ages of 45 and 64, the next 20 years will also see that portion exit the labor force and age into the demographic most in need of care.

As need increases, workforce growth is projected to remain flat — and low salaries and a lack of benefits mean neither the think tank nor Nevada’s union expect that to change without legislative action.

In order to fill that gap, a PCA would have to work 56 hours a week or have hourly wages increased to more than $15 per hour. Nevada is ranked 31st in the country for median PCA salary, with the Nevada rate being $1,000 below the national median.

The system reimburses agencies for services rendered to covered patients, and the hourly reimbursement rate sets the ceiling for what individual aides will be paid; part of that rate goes towards overhead for the agency employing the workers before the remainder is distributed to individual aides. In August 2020, that rate was the lowest it has been since 2003.

“Low-paying jobs that are depressed by a Medicaid reimbursement rate that has not kept up with inflation are contributing to a shrinking pool of available workers who can find more lucrative positions in leisure/hospitality or distribution/fulfillment centers,” says the Guinn Center’s report.

Reimbursement rates are set by states, and in 2003, Nevada set the rate at $17 per hour. In January 2020, the rate increased slightly, but budget cuts made during a special legislative session this summer and prompted by the COVID-19 pandemic have reduced the rate to $16.52 per hour. If reimbursements had kept up with inflation since 2003, the rate would have been $23.81 in July 2020.

One major provider, Addus Homecare, announced in late August that it will be leaving the state on account of the lowered rates. The exit could cost 300 Nevadans their jobs. A representative of the company told SEIU 1107 that Nevada’s new rate structure no longer allows for workers to make a “living wage.”

While the center had difficulty comparing Nevada’s current rates to those of other states, the 2018 rate of $17 per hour was 20 cents per hour less than the national median. However, it is also difficult to compare rates because of how reimbursements are allocated.

In Nevada, they are allocated to agencies that then determine salaries and how much to distribute to individual aides. However, in other states such as Massachusetts, PCA services are entirely self-directed, meaning an aide is hired directly by the patient and directly reimbursed through Medicaid.

The Guinn Center report also shows that approximately 20 percent of PCAs do not have health insurance, which is higher than the overall 12 percent uninsurance rate in Nevada. About one-third of insured PCAs receive that insurance through Medicaid.

The pressure of this low paid work with few benefits falls on a workforce that is predominantly female. In Nevada, 84 percent of PCAs are women. The workforce is also disproportionately made up of women of color, who make up only 17 percent of Nevada’s population but 35 percent of PCAs.

This demographic breakdown is fairly consistent with the national breakdown. In the U.S., 87 percent of home care workers are female and two-thirds are people of color.

The center’s report also looked into training and education for PCAs in the state. A high school diploma isn’t required for the position, but the report shows that one-third of PCAs in Nevada have at least a high school diploma and 30 percent have some college education.

In terms of training, PCAs complete a minimum of eight hours of training before employment and then another eight hours every year while actively working. However, the report indicates that Nevada’s training “lags behind” other states in terms of both “comprehensiveness and rigor.”

Training is important for aides both to ensure higher quality care for patients and as it can be used to provide a foundation for a career pathway into other positions in the direct care workforce, according to the report. Seven states in the country require PCAs to go through certified nurse training, essentially making an aide position the “first rung” on the direct care career ladder.

However, the center does note that increased training requirements may be difficult to implement because of the cost it requires of agencies and the time it takes individual aides to complete the requirements.

Although the Guinn Center’s report did not point to a specific policy measure to remedy the impending care gap, it urged state policymakers to “consider policies that strengthen the personal care aide workforce in Nevada and ensure that the care gap is not realized.”

It also emphasized that the need for solutions is immediate. PCAs, it indicated, are well suited to preempting infection for Nevada’s vulnerable populations during an outbreak such as the COVID-19 pandemic, but a lack of proper training and lack of proper supplies have vastly limited that ability and will lead to an increased strain on hospitals and medical facilities.

“Personal care aides provide some of the most essential services in Nevada,” the report reads. “The career, while rewarding to so many personal care aides, can be physically taxing and emotionally exhausting. Moreover, home care continues to offer poor-quality, low-paying jobs that lead to high turnover and widespread vacancies.”