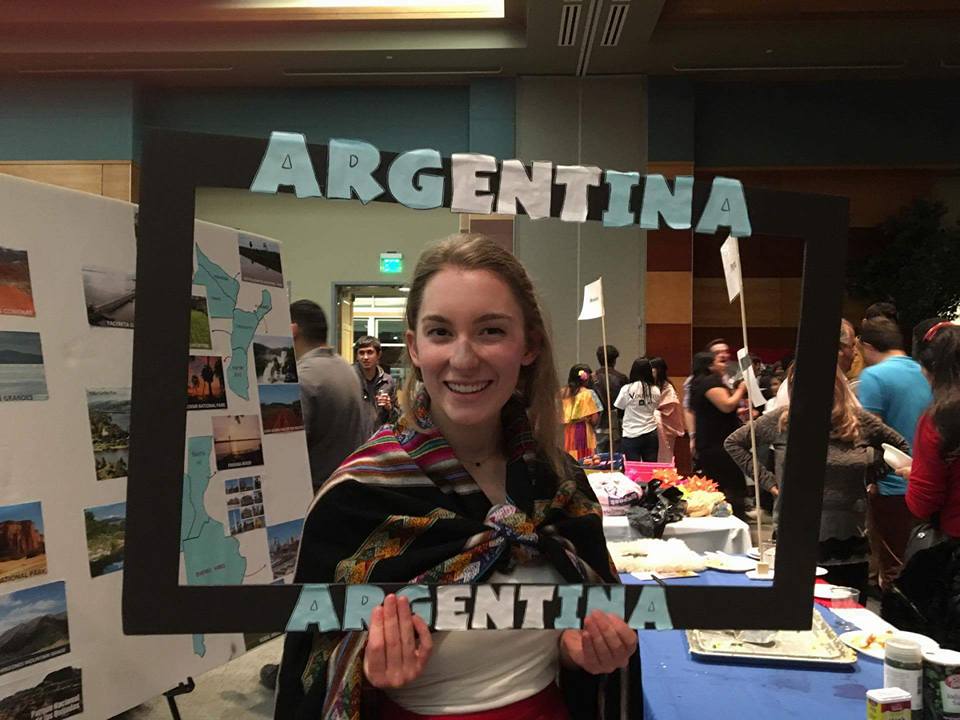 Many Nevadans are adjusting to the proliferation of COVID-19 by practicing social distancing, stocking up on supplies and staying at home. The Nevada Independent is sharing their stories each day.

If you are a Nevada business owner or worker whose job has been upended by coronavirus, we would love to feature your story. Send an email to [email protected] for consideration.

After a year and a half of preparation, Natalie Van Hoozer landed in Buenos Aires for orientation on March 9, ready to begin teaching English, immersing herself in the community and developing a cultural exchange project as a Fulbright scholar.

Less than two weeks later, she was on a plane back to the U.S. because of COVID-19.

"It's a pretty unsettling feeling,” Van Hoozer said. “I had planned everything in my life for the last year and a half around doing this Fulbright, which was going to be an eight-month fellowship ... and then have that just taken away."

At first, the Fulbright Program offered participants the choice to continue the fellowship. However, when the State Department increased the travel advisory to a level four, the Fulbright Commission suspended the program worldwide and ordered every participant home. Those who chose to stay remained as private citizens.

Van Hoozer said that every Fulbright fellow received the first half of their grant funds, but participants will only receive an additional $1,000 for the coming months, which leaves many without insurance or a steady source of income in a country where the cost of living is higher than the one they left.

"A lot of people like me quit their job, gave up their living situation, whether that was renting or otherwise to move down there,” she said. “So most of us were coming back unemployed having to figure out housing and health insurance.”

The 23-year-old pointed out that she was lucky because she was able to move back home with her family and sign onto her family's health insurance plan.

"I've been focusing on all of the fortunate things that I've been able to have happen to me with all of this," Van Hoozer said.

She said her most substantial concern when she was coming home was accidentally contracting the coronavirus and then spreading it to her family.

"Since I had to go through four airports on my way home, I didn't know if I would be bringing COVID-19 or anything else home with me that could possibly compromise them," she said. "So I separated myself from my family in my parents' house."

A 2018 graduate of the University of Nevada, Reno with a double honors major in Spanish and journalism, Van Hoozer said she has been grateful that she can work as a contributor at KUNR and the International Center for Journalists, where she also does translations.

"I've taken a lot of comfort in feeling purpose, knowing that what I'm doing is also helping people who are trying to get information about COVID-19 and all of the implications that this pandemic is having," she said.

Van Hoozer said she is taking each day at a time. Someday, she hopes to return to Argentina, but she is unsure if that will be as a Fulbright scholar — participating again would require starting over the application process.

"I would like to see Fulbright extend an opportunity for all of us who were in this cohort to be able to basically have a redo in the future without having to apply again, just like anyone else who had never been selected,” she said.

Updated at 9:45 a.m. on April 16, 2020 to reflect Van Hoozer later clarified she never made it to her final destination of the Argentine province of La Rioja.