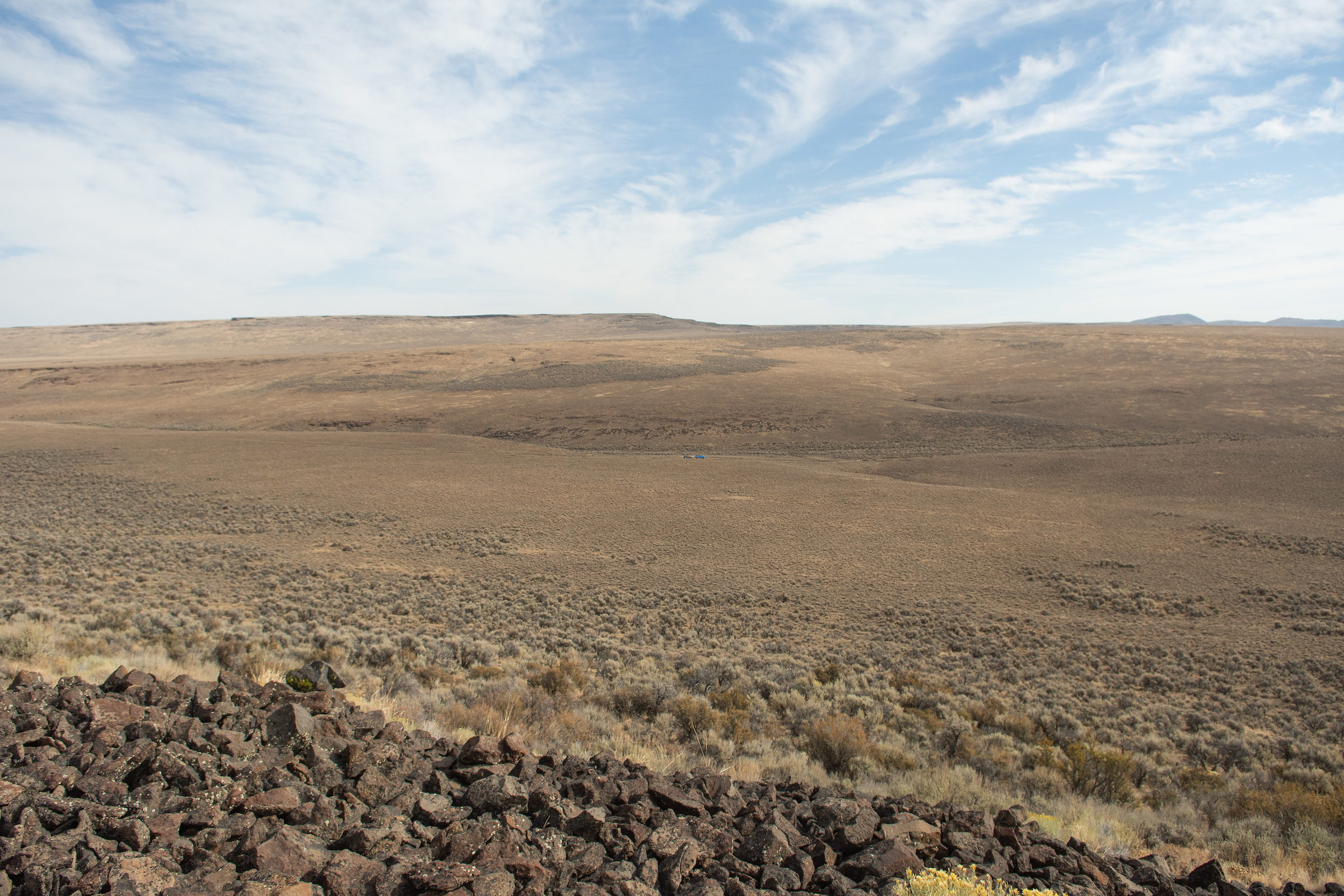 One universal truth the virus has brought to every Nevadan: We need to reprioritize what is and what is not important in life.

When evaluating the worth of government bodies such as the Nevada Board of Wildlife Commissioners (NVBWC) and the 17 county advisory boards set up to manage wildlife, the rational mind can only conclude they deserve to die a quick, bureaucratic death. During their underwhelming August meetings, they again clearly demonstrated that they cannot be reformed into something constructive.  Their foundations are rife with backwardness and abject bias against wildlife’s best interests, a statutory obligation under NRS 501.100(2). In short, they are ineffective and pointless.

Every one of these boards overwhelmingly consists of members who have zero biological training and demonstrate an unbridled favoritism toward wildlife killers’ desires in every decision they make. That is the case even though fewer than five percent of Nevadans buy wildlife killing licenses. The members generally have no training in any other science discipline, either, something that would help buttress their decisions or help when situations call for applying the scientific method’s rigor and discipline. Subjectivity and emotions invariably drive the decisions toward wildlife killer convenience, opportunity and success.

Even the language board members regularly employ to describe their lethal actions has been sanitized with myriad euphemisms to sugar coat the brutal reality.  Words such as ‘harvesting,’ ‘gathering,’ ‘recruiting,’ ‘culling’, ‘taking,’ and ‘euthanizing’ all translate into death for the public’s wildlife so ‘sportsmen’ can be amused and experience dominion over an unequally equipped opponent.

Unlike so many other polarizing public policy issues, this set of proposed agency and board deletions deserve support from both sides of the political spectrum. Those on the right claim their core principles are cutting wasteful public spending, protecting life and expanding freedom. Those on the left claim their core principles champion the voiceless and protect the most vulnerable from abuse and exploitation. Our state’s wildlife, a public resource and unique asset, is not even minimally protected by grossly outdated NRS/NAC/regulatory provisions.

When all is said and done, the collective annual direct and indirect costs (secretarial, administrative, space rental, travel, reports, presentations) associated with running these boards approaches a million dollars a year in needless expense to the public treasury.

An often-cited myth in Nevada wildlife management circles — that “hunters pay all the bills” — can easily be disproved when looking at the funding sources for NVBWC support staff at the Nevada Department of Wildlife (NDOW). Wildlife killing license application fees cover roughly 35 percent of the annual cost for staff and other operating expenses.

Most of the rest of the funding comes from federal matches through two federal acts: Pittman-Robertson and Dingell-Johnson. Because the federal funding is overwhelmingly generated by excise taxes paid by non-wildlife killers — on purchases of guns and ammunition (there are 15 million self-identified hunters nationwide vs. an estimated 120 million+ gun owners) — the premise that hunters are footing the bills doesn’t hold up to even cursory scrutiny.

In addition, in exchange for permanently destroying public property, i.e., wildlife as defined by statute, wildlife killers pay no severance fee for the loss of those assets to the public. Severance fees have been a contentious issue in our state when it comes to mineral extraction, even though the federal government requires royalty payments for oil and gas extracted on federal lands. Why aren’t wildlife killers paying to convert public property into private property, which results in the loss of wildlife’s presence on Nevada’s lands and the loss of wildlife’s contribution to the ecosystem’s balance?

Also, there is nothing inviolate about public revenues. Once user fees are paid to a public agency, they reside in public coffers and no longer belong to an individual interest group (short of any legislated restrictions). Wildlife killers, then, have no special claim on controlling fee-driven public revenues, whether for the general public’s benefit or for a special interest group’s narrow benefit.

Returning for a moment to the irrelevance of the NVBWC and its county advisory boards, majorities on the latter regularly offer suspect opinions on any given subject, often in the form of an uninformed and friendly nod to wildlife killing interests. And of the small handful of the 17 boards that even bother to show up at periodic NVBWC meetings, few to none offer any useful, measured insight.

Most Nevadans don’t even know these two bodies exist.

Our first example of irrelevance centers on wildlife killing contests (WKCs). In March 2021, the Clark County Commission voted unanimously for a resolution to encourage NVBWC to end the practice statewide. These brutal events pose an inherent risk to public safety as participants race around in vehicles at high speeds while discharging their guns, all aiming to kill the most animals in the least amount of time. The wanton waste of animal bodies thrown away after they have been killed, as one would do with a used Kleenex, violates multiple principles of the North American Model of Wildlife Management that NVBWC and its licensees claim to religiously follow, while generally disrespecting wildlife’s value. (Reno’s City Council will consider a similar resolution in September.)

Instead of ending these outdated contests involving gratuitous bloodshed, though, NVBWC’s dithering (since March) continues, despite multiple opportunities during meetings to bend to the expressed will of more than 70 percent of the state’s population. No action to end the contests has yet happened; just unproductive conversations that only further postpone a decision. And the subject apparently will not even appear on the September NVBWC agenda because a pro-wildlife killing commissioner majority remains steadfastly opposed to ending the WKCs, citing “tradition” and “camaraderie among participants” as rationalizations. (A previous NVBWC rejected two citizen petitions to end these contests in 2015, with no science presented by wildlife killers or NDOW proving their necessity or efficacy in achieving prudent wildlife management or preserving endangered species.)

The fact is that disrespecting and indiscriminately exploiting wildlife are the actual core values of the NVBWC and its county advisory board majorities. NRS 501.171 provisions allocate seven of the nine NVBWC positions to five wildlife killers, a rancher and a farmer, all of whom vote in lockstep with one another. Thus, the built-in bias against wildlife’s best interests routinely leads to negative outcomes for voiceless wildlife. There is even a pay-to-play element: Five of the positions require wildlife killing licenses to have been purchased in three of the last four years in order to qualify for gubernatorial appointment. Additionally, in previous decades the appointment process has routinely been used to reward political proteges and financial supporters of governors’ campaigns. When and how did wildlife killers and campaign donors become ‘experts’ on what’s best for wildlife?

The Clark County Advisory Board to Manage Wildlife was nowhere to be found or heard at the two county commission meetings where WKCs were discussed. When it finally took a position months later, it was a 6-1 vote to recommend retention of WKCs — even though they could offer up no science to justify continuation. (County advisory board members are appointed by the county commission, so it is reasonable to expect that the board would follow and engage in relevant county policy decisions and seek to reflect both the views of the general public and their benefactors on the county commission in any policy positions taken.)

In July 2021, the Clark County board voted 6-1 to recommend opening an unnecessary fishing pond at the sensitive waters of Desert Wetlands Park in eastern Henderson — despite overwhelming opposition by individual members of the public, local law enforcement and local environmental groups. The large homeless population in the park poses a public safety and health hazard from improperly disposed waste making its way into the water being purified upstream. So much for ‘reflecting and evaluating public opinion.’ Irrelevant, indeed.

In the second instance of irrelevancy and ineptitude, Nevada law allows just over 1,000 licensed, for-profit animal trappers statewide have up to 96 hours to inspect their lethal traps. Would any human find it humane to be seriously injured and immobilized, then wait up to four painful days to either die a slow death or be killed by a ‘rescuer?’ Hidden traps placed throughout Spring Mountain National Recreation Area and across the state present peril for unsuspecting humans and animals — and there are no warning signs to alert human visitors. The result? Non-target animals numbering in the thousands are routinely caught and killed in these traps.

In the third instance of irrelevancy, the NVBWC reactivated trophy bear hunting in 2010 after decades of leaving Nevada’s small bear population alone in the northern part of the state. There is no science to demonstrate the need for or management benefit of these annual hunts, but they have been routinely approved every year since 2010. Bear killers typically use packs of GPS-equipped dogs chasing bears to the point of exhaustion. Then the hunters ride up on their ATVs with sophisticated gun technology to shoot the bears after they have been treed or serially harassed by the dog packs. Such lopsided tactics hardly illustrate a sporting proposition for the bears or their human killers — and orphan callow cubs unequipped to survive in the wilderness.

The mass destruction of wildlife by the Dixie, Caldor and Alpine County wildfires in California indicates that there should be no bear hunt this year or in future years, once all the fires are extinguished and the devastation has been chronicled. NDOW claims Nevada’s and California’s bear populations are interchangeable, so what impacts California’s wilderness directly impacts Nevada’s bears. But when it comes to consideration for wildlife, we can hope for little mercy from the NVBWC or its county advisory boards, despite the extraordinary conditions in vast swaths of burned-out wilderness. Again, wildlife killing opportunities for humans take priority. Emergency hunts are routinely approved by the NVBWC, but restraining wildlife killers when the terrain has been savaged by fire and surviving wildlife needs a chance to adapt and migrate to alternative spaces is a much rarer act.

If these pointless government bodies were to disappear, how would Nevada proceed? NDOW would need to establish procedures and systems to ensure it regularly gathered and incorporated input from all Nevadans, not just wildlife-killing licensees, as to how wildlife should be managed going forward. Decisions ultimately should be based on the best available peer-reviewed science and sound ecosystem management/integrity.

NDOW also needs to end its contract killing of our wildlife with the United States Department of Agriculture’s Wildlife Services, shifting to the many non-lethal approaches to wildlife-human problems that emphasize coexistence. Farmers and ranchers need to be coached on how to deal with wildlife problems non lethally in partnership with the state Department of Agriculture. Recreational killing of predators needs much shorter killing seasons to give the species recovery time after being pursued (in the worst cases 365/24/7, as is the case with mountain lions, among other species).

We need action from the governor and Legislature to end the NVBWC and county advisory boards as non-productive, inappropriate government bodies. The Legislature also needs to provide considerably more general fund resources to support NDOW’s reformed operations. Simultaneously, NDOW needs to refocus its efforts on wildlife preservation for its own sake, not to exclusively provide more wildlife targets for its sport-killing licensees.

Fred Voltz resides in Clark County.  In his spare time, he advocates for wildlife and animal protection interests with various organizations and elected entities.  His membership with the Nevada Wildlife Alliance began at its inception six years ago.