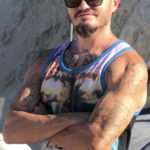 A new wave of migrant Californians is crashing over the desert, and it's bluer than ever.

Casino mogul Steve Wynn once said that Las Vegas is where God would go if he had money. Well… maybe so, but it's also a place where Californians go who can no longer afford their state's absurdly high cost of living. The so-called ‘California exodus’ has made Nevada the fastest growing state in America for the second year in a row, and according to current census data, ex-Californians now represent 20 percent of Nevada’s population, with nearly 100,000 Californians emigrating to Las Vegas in 2019 alone.

Count me among the recent wave of emigrants who finally abandoned the California Dream for the desert mirage of Sin City. And why not? I was paying $1,200 for an outdated one-bedroom apartment in poverty-stricken South Los Angeles, where police sirens wailed constantly and the onsite laundry machines were only good for eating quarters. And now, for the same price, I live in a newly built 3-bedroom townhouse in a stylish middle-class community just south of downtown Las Vegas. It’s like living in a resort. I have a backyard and a pool, plus my own washer/dryer and a powerful central air conditioning unit that makes the idea of relocating to one of earth’s hottest deserts seem like a very wise decision – instead of that crazy dumb feeling you get when the traffic jams up on a California freeway, and you’re already late for work.

Indeed, boatloads of Californians are jumping ship like the state is the sinking Titanic, and no state is more attractive in our eyes than Nevada, with its boomtown allure, low taxes and cheap housing. Nevada is, after all, the so-called state of second chances, where they say outcasts can succeed and misfits can rebound, and California defectors can relax and watch their financial stress melt away under the desert sun.

I was feeling great about the move inland, no more worrying about wildfires or traffic jams or rent increases or gas taxes or rampant homelessness…but then I met my next-door neighbor, and things became difficult all over again.

It was only my second night in my new Vegas home when I first spotted him standing in my driveway and studying the California license plate on my truck with the air of a highway patrolman. He was a hefty middle-aged white man wearing a black tank top and a skittish grin on his sunburnt-red face.

“Another refugee from Commie-fornia!” he blurted loudly, as I stepped outside to greet him. “Welcome to the neighborhood. The name’s Andrew… Andrew Skinner.”

“We need to build a wall around California,” he groaned. “To keep you bastards out.”

I politely laughed again, then reached out to shake his hand — but Skinner suddenly stiffened and backed away from me, his eyes narrowing with suspicion. “Wait a minute,” he hissed. “You’re not related to Kamala Harris are you?”

“Thank God,” he said with a gasp. Skinner squeezed my hand and shook it with a business-like grip, then turned his eyes to the western horizon, where the sun was setting behind the barren desert mountains. “There’s a cooler full of beer inside my garage,” he said. “Come on, let’s hash things out over a cold one...”

I accepted the invitation, despite the initial red flags, and willingly followed Skinner across the yard and into his garage. The first real sign of trouble came in the form of a huge Donald Trump 2020 campaign poster hanging on the back wall, with the slogan ‘forget your feelings’ and a cartoonish rendering of Trump holding up two middle fingers. Whoops, I thought, I have stepped into a dangerous abyss of Trump worship. From here on out, I would have to choose my words cautiously, because at any moment Skinner might fly off the rails in a blind frenzy of patriotism.

Skinner gazed at the poster with an amused look on his face. “Hurts every last one of your pansy liberal feelings,” he said to me. “Don’t it?”

I humored him carefully. “I have a similar poster on my wall,” I said. “But under Trump’s middle fingers it says ‘You’ll never see my tax returns’…”

Skinner eyed me sullenly and reached into the cooler for a beer. “Did you hear?” he said. “They passed a bill in California that allows pedophiles to not register as sex offenders.”

“That’s why I moved to Nevada,” I replied.

He smiled shrewdly and tossed me a can of beer. The garage was all but empty, save for the cooler and two lawn chairs that faced the infamous Las Vegas Strip, which ran less than a mile away along Las Vegas Boulevard. Skinner plopped down in a lawn chair and cracked open his beer and awkwardly went silent for a moment. I sat next to him, slowly sipping my beer and gazing distantly at the neon labyrinth of hotel casinos.

“You know Nevada used to be a Republican-red stronghold,” he finally muttered. “Then all you Californians came along with your progressive bullshit…And now we’re all doomed.”

I showed polite interest and nodded my head along to Skinner’s words, which now came in a wild burst of condescending babble.

“All the elected officials are Democrats now,” he said. “Nevada has officially leaned to the left…no…we’ve stumbled hopelessly to the left like men wearing high heels.”

I thought it was time to remind Skinner that some of America’s most notorious Republicans came from California. “What about Richard Nixon?” I asked. “Ronald Reagan or Arnold Schwarzenengger?”

“So what?” Skinner croaked. “Not even The Terminator can help us now… The only man that can save us is Trump.”

He sat upright in the chair, suddenly feeling the need to warn me that I was wrong and ill-informed about the president. “Trump is not as dumb as he sounds. He’s actually smarter than John F. Kennedy…and he has more soul than Barack Obama.”

I nodded in agreement. “And Trump is saving us from windmill cancer and sex traffickers,” I said.

Skinner waved me off and fell back in his chair with a groan. “Listen,” he said calmly. “I’m voting for Trump whether you like it or not. These radical left-wingers are taking over…and taking away our freedoms and banning everything… and somebody has to fight it.”

“Amen to that,” I said. “There comes a time when one must take a position that is neither safe nor politic nor popular, but he must take it because conscience tells him it’s right.”

“Exactly!” cried Skinner. “What a wonderful saying. Who said that?”

Skinner set his empty beer can down and stomped it flat with his shoe. “You want another beer, pansy?” he asked me.

“I’ll take two,” was my instinctive reply. Skinner was a decent man and a good drinking buddy, even if he was easily influenced by the president’s slick gibberish. We both understood our differences; he was from The Old School, and I was from the failed state of California, but we were next door neighbors now, grinding out a living on the same harsh stretch of Nevada desert.

Perhaps this wise quote from Thomas Jefferson sums the situation up best: “I never consider a difference of opinion in politics, religion, or philosophy a cause for withdrawing from a friend.” Or maybe this gem of quote from JFK fits better, “Let us not seek the Republican answer or the Democratic answer, but the right answer.” Think on that, my fellow Nevadans, and take it to bed with you tonight.

Sean Tyler is self-proclaimed ‘gonzo journalist’ and admirer of the off-beat reporting style coined by Hunter S. Thompson, author of the iconic novel Fear and Loathing in Las Vegas. Tyler studied creative writing at Stanford University and holds a B.A, in History from Youngstown State (Ohio). He is also veteran of the U.S. Coast Guard.