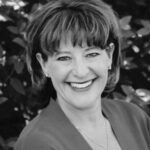 The COVID-19 pandemic brought Nevada’s tourism-based economy to its knees. Many of Nevada’s small businesses struggled to get by as pandemic-induced lockdowns kept visitors out of the state. At its peak, the state’s unemployment rate hovered around 28 percent. Why then, in the wake of a deadly pandemic, are politicians in Washington considering a new tax that would apply to family-owned businesses?

When President Biden was first elected to office, he made a firm promise not to raise taxes on small businesses and the middle class.

However, President Biden unveiled his American Families Plan (AFP) in April, which laid out an ambitious social agenda. To pay for this $1.8 trillion proposal, the President called on Congress to pass multiple tax increases and to repeal a long-standing element of the tax code called “stepped-up basis,” which benefits family-owned businesses.

Currently, when a family business partner dies, family-owned businesses are allowed to pass business assets without paying capital gains taxes. This is stepped-up basis, and this has been part of our tax code for 100 years. If the President’s plan becomes law, that would change. In place of stepped-up basis, the President proposes taxing capital gains of family businesses at death. For Nevadan family-owned businesses, this means when they inherit business assets from a loved one, they will be responsible for paying a hefty capital gains tax on the assets’ appreciation since purchased. To make matters worse, the President has called for Congress to nearly double the top capital gains rate to 43.4 percent.

To put this in context, consider this example: Joe bought a restaurant in 1983 for $100,000. Upon his death, Joe passes the restaurant, now valued at $1.4 million to his daughter, Jane, to continue business operations. Jane would be responsible for paying capital gains tax on the business’s $1.3 million appreciation in value. At a capital gains tax rate of 43.4 percent, she would owe $600,000! Understanding so much of the business’s value is tied within the restaurant itself, Jane may be forced to sell the restaurant just to have the liquidity to pay this tax. This tax hike could be the death knell for family-owned businesses and the jobs they provide.

Nevadans need Senators Catherine Cortez Masto and Jacky Rosen to stand up and oppose a repeal of stepped-up basis and help family-owned businesses stay in the family. Nevada’s economy has been badly wounded by the pandemic, and the last thing we need is another tax hike on small businesses handed down from Washington.