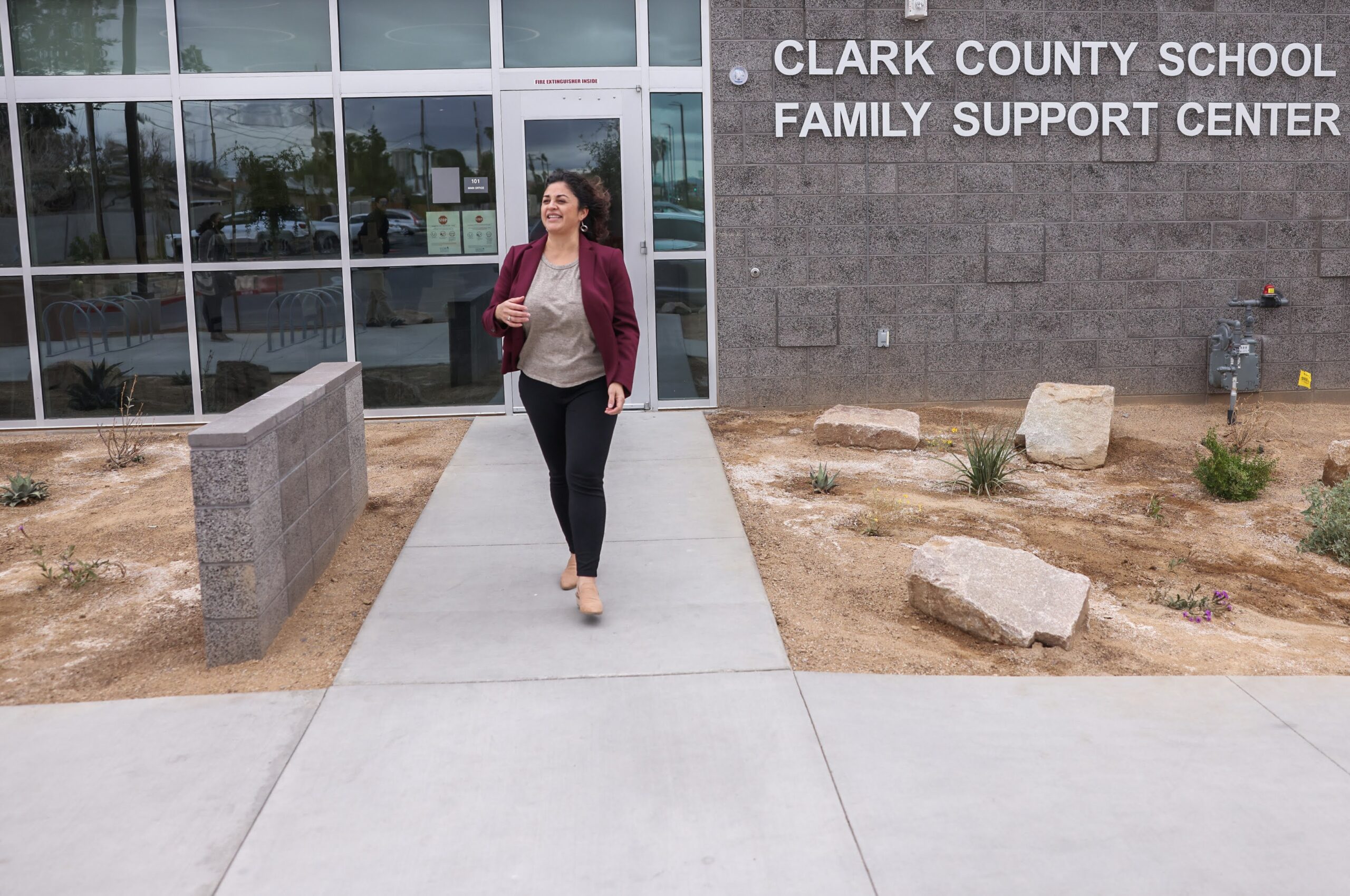 The Clark County School District has opened up a new center focused on providing support to recently immigrated students and their families as they adjust to their new lives in the United States.

The Family Support Center, which is open weekdays from 8 a.m. to 4 p.m., will help these students and families with registering for school and getting clothes and school supplies, in addition to providing medical and mental health services as well as finding employment opportunities.

The center opened last month across the street from the new Global Community High School campus, located on Maryland Parkway and Oakey Boulevard, in east Las Vegas. The location is intentional — Global serves the population that the center is hoping to support: immigrant students who have been in the country for less than two years, known as newcomers.

As a daughter of Salvadoran immigrants, the center’s director, Cindy Flores, can relate to many of the struggles these families face when they migrate to the U.S.

“To me, it's always been important to advocate for our community because there's so much that they go through and at the end of the day, they just want to be successful and they work hard,” she said. “So if I can be a resource at any point in their transition here, then that's definitely my goal.”

Between 4,000 to 4,500 newcomer students attend Clark County schools every year, according to a district spokesman. The students’ countries of origin include nearby nations such as Mexico, El Salvador and Guatemala, but Flores said the district has recently seen an influx of newcomer students from Cuba, Afghanistan and the Ukraine, likely because of political unrest and war in those countries.

When these families arrive, Flores said one of the first things they need is help figuring out how to enroll their children in a local school. That’s where Flores and her team step in. The center staff includes translators who speak eight different languages, including Spanish and Swahili, and a counselor who can evaluate foreign transcripts to ensure that middle and high school students are placed in the appropriate classes and granted the correct number of credits so they can graduate on time.

The center will also house the district’s new Undocumented and Immigrant Family and Youth (UNIFY) Success Services, an effort that’s meant to assist these families and connect them with resources. That work will be led by Astrid Silva, a prominent immigration rights advocate.

The district provided most of these support services for newcomer students prior to the opening of the center under the English Language Learner division, but Flores said this is the first time there’s a dedicated space that can house all these services under one roof.

This has allowed Flores’ team to hold events for families, such as a scholarship workshop, English classes and orientations, where staff provide basic information about attending American schools. Staff go over processes such as what to do if you need to be absent, who to notify about food allergies and how the school days are structured.

Prior to the opening of the center, Flores said her team held these orientations on a one-on-one basis with individual families, but holding them in a group setting allows families to connect with each other.

“We had an Afghan orientation two weeks ago and we had five families that were able to come in, and it was nice to see them just meet each other,” Flores said. “They were in a similar situation, and they could just be a resource to one another.”

During the center’s first month, Flores said her team has been working hard to spread awareness about its existence through word of mouth, flyers, brochures and social media. She envisions the center becoming a staple in the community.

“My hope is to have this place be full and busy all the time,” Flores said. “I want to see families here from the time that we open till we close our doors every single day, just taking advantage of the resources that we have.”