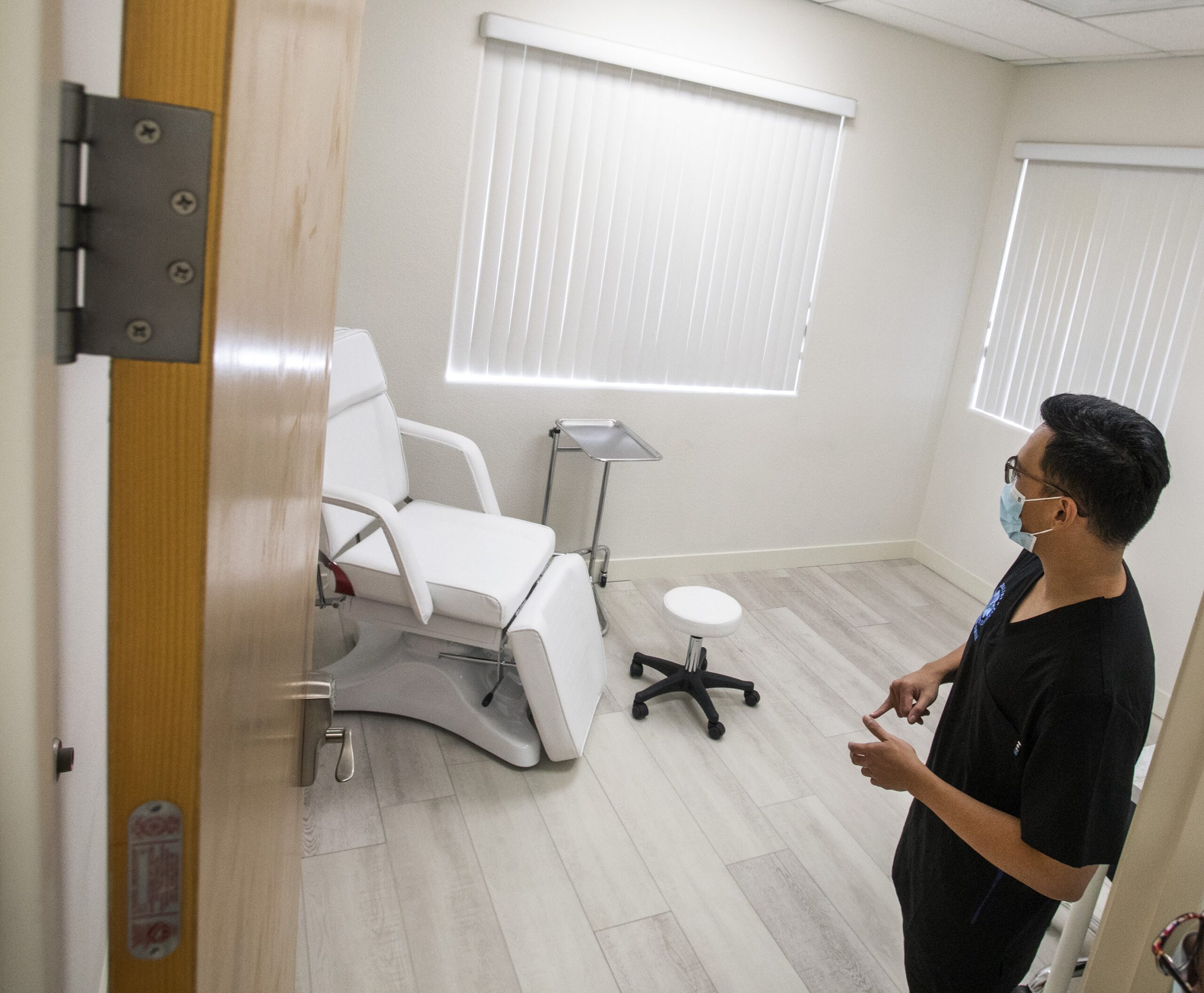 Access to health care wasn’t something Lauro Solomo experienced growing up in a low-income household in the Philippines. Even after his family immigrated to the United States in 2007, going to the doctor still proved difficult because not many medical providers spoke their native language, Tagalog.

“Honestly, the language barrier was one of the biggest things that prevented them from seeking a doctor's help,” he said. “They were scared to be ridiculed, scared to not know the proper verbiage to express their health concerns, and that really made them not want to reach out to doctors.”

That meant Solomo, 10 years old when his family arrived in the U.S., bore the responsibility of translating for his parents as best he could, but it came with huge pressure because one mistake could mean the wrong treatment.

Now, a new medical center in Las Vegas is hoping to eliminate similar language barriers and other obstacles that members of the Asian American Pacific Islander (AAPI) community face in accessing health care.

The Healthy Asian & Pacific Islander (HAPI) Medical Center is the Asian Community Development Council’s latest effort to improve the general well-being and education of this community in Nevada, and advocate on their behalf.

The center is something that Vida Lin, the nonprofit’s founder and president, felt has been missing since she moved to Las Vegas from California almost 30 years ago.

“In other states, they have hospitals and clinics for our community, and I want to make sure that we have it in Nevada because our population is growing so much,” she said.

Nationwide, Asian Americans are considered the fastest-growing racial or ethnic group, according to the Pew Research Center, which predicts the country’s Asian population will reach nearly 36 million by 2060, more than triple the group’s population in 2000.

After years of envisioning this type of medical center, the council and Vida Lin finally opened a clinic focused on the AAPI community earlier this month after raising more than $700,000 from donations. The HAPI Medical Center is located in southwest Las Vegas, an area that’s seeing a growing number of AAPI community members.

The clinic is starting with six initial staff members, including four doctors who speak Korean, Vietnamese, Mandarin Chinese, Cantonese Chinese and Tagalog. The clinic offers a variety of services such as primary care, female and pediatric care, preventative services and general screenings.

The donations allow the center to offer scholarships to patients who can’t afford medical care.

“My hope is that we will be able to … take care of people's health and make sure they live long, and that our community (has) a home and they feel like they are important,” Vida Lin said.

During the clinic’s soft opening on Aug. 1, the staff was busy setting up equipment and other final touches in the eight exam rooms, with a goal of creating a welcoming and safe space before it officially opens to patients after Aug. 8.

In addition to speaking their language, patients will find HAPI's health staff who can understand their backgrounds, philosophies and diets on a personal level, said Michelle Lin, the center’s clinical director and Vida Lin’s niece.

“My experience is that a lot of patients feel comfortable when they see, ‘Oh, you know what … there's someone else here that looks like me. They won't judge me or belittle me for the things I believe in, and they'll work with me,’” she said. “Because there's a lot of fear with medications.”

Vida Lin said she hopes the medical center’s multicultural and bilingual staff members can gain their patient’s trust so that they feel comfortable going to the doctor when they’re not feeling well. Another goal: educating patients on the importance of preventative care such as annual checkups, pap smears and mammograms, all of which are services offered at HAPI.

As the Las Vegas Asian community continues to expand, Vida Lin envisions the center developing along with it by increasing its staff, adding an in-house pharmacy and opening more sites across the valley.

As for Solomo, who is now the center’s clinic coordinator, he’s looking forward to serving Asian families like his.

“I hope with the opening of HAPI Medical Center, we can fulfill our vision of a healthier and happier AAPI community,” he said.