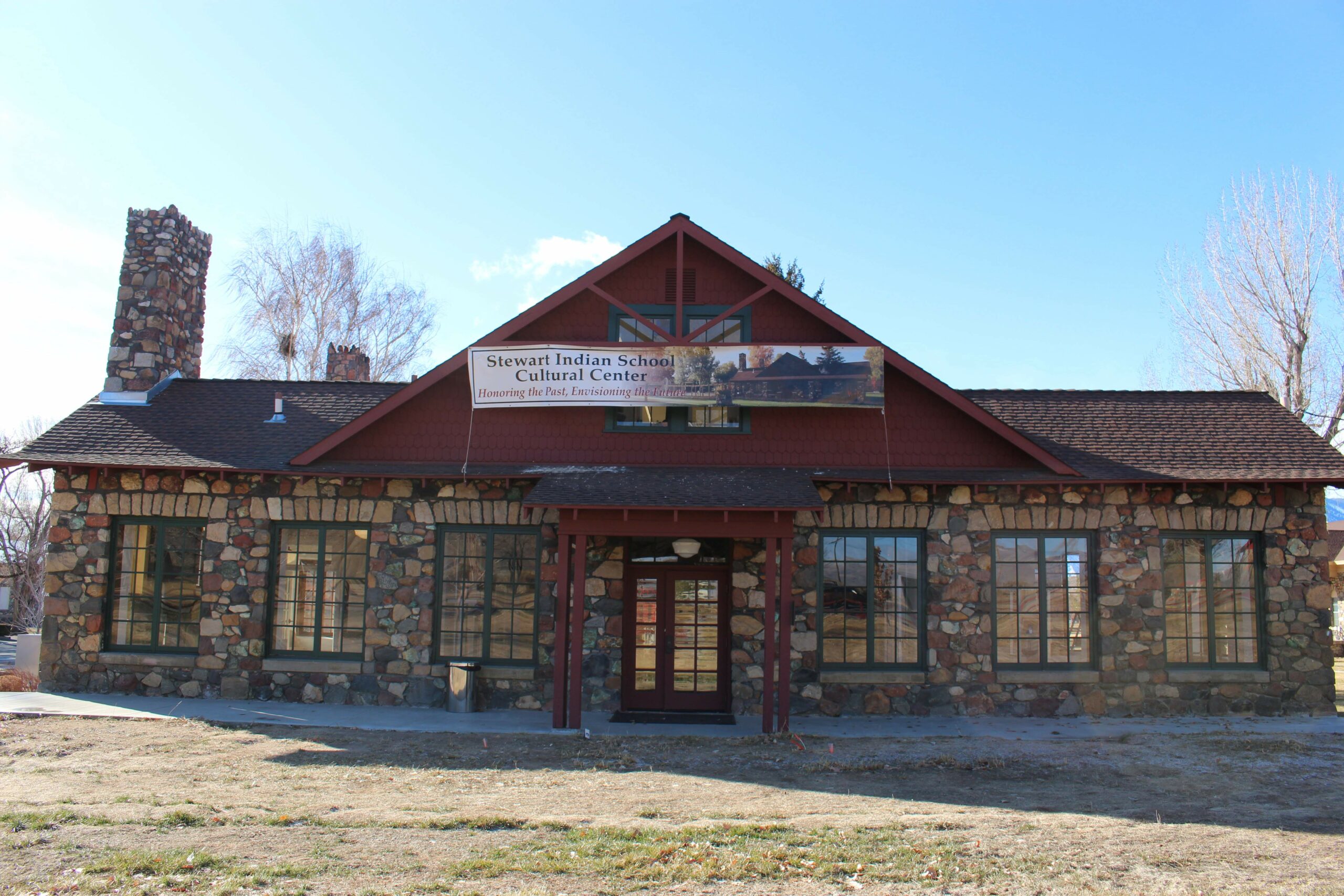 Every time Linda Eben Jones looks at a yardstick, she remembers the teacher who would strike her each morning, leaving red welts on the back of her legs.

The new Stewart Indian School Museum aims to illuminate this and other stories from the boarding school that operated in Carson City for 90 years. The permanent exhibit, “Our Home, Our Relations,” illustrates a history that includes opportunity and community, but also experiences of trauma and loneliness.

“The alumni told us to tell the truth,” said museum director Bobbi Rahder. “So we're telling the truth.”

Rahder and the museum curator collected Stewart documents from other museums’ repositories and traveled to tribal communities throughout the state to meet with alumni and hear their stories. She said they spoke to at least 100 people.

The school housed children from more than 200 tribes, some beyond Nevada’s borders, with students from Native communities in California, Arizona, Utah, Washington and Oregon. The first class at Stewart had 37 students in 1890 and by 1919, there were more than 400.

“We consider this their school, their museum, their exhibit and their stories,” Rahder said.

The total number of students who attended Stewart over the years is difficult to confirm because many documents were lost once the school closed in 1980, although it is estimated to be in the tens of thousands.

The 240-acre campus is right off the highway and emcompasses numerous buildings that are used by the state of Nevada and the Nevada Indian Commission (NIC) for classes and training.

The museum itself sits near the front of the campus, the outside walls covered by stonework that was created by Stewart students who were learning masonry from Hopi stonemasons.

A painting of the Sierra Nevada mountain range — the same landscape that greeted the diverse student body upon arrival to the school — welcomes visitors.

The creation and lasting impact of Stewart Indian School

The museum has been in the works for at least 14 years, according to NIC Executive Director Stacey Montooth. In 2017 and 2019, the Legislature approved $4.5 million to restore the museum buildings, with support from Govs. Brian Sandoval and Steve Sisolak.

The boarding school was opened in 1890 as part of the 1887 federal Assimilation and Allotment program and closed 90 years later. Rahder said the program aimed to wipe out Native languages and cultures and separate children from their parents in order to assimilate them into white culture and to create citizens who spoke, looked, and acted the part.

The U.S. government operated as many as 100 boarding schools during the federal program.

Boarding schools forbade students from speaking their Native languages, dressing in Native clothing and wearing traditionally long hair. Students were taught to speak English, dressed in military-style clothing, had their hair cut short and were used as unpaid labor to maintain the school.

“This was a government policy, and it is genocide,” said Rahder. “It meets the [United Nations’] definition of genocide and there is no other word for it.”

Montooth and Jones agree that the policy and reality fit the definition of cultural genocide or destruction of Native families and communities. Rahder, Montooth and Jones also mentioned the intergenerational trauma caused by the students’ experiences.

“We want people to know that even though this happened in 1890 … what happened to these family members still haunts people today,” Rahder said. “It's definitely tied to the present.”

Some hope the museum’s expression of students’ experiences and present voices may help heal past trauma.

“I've had elders tell me that this is helping in the healing process,” said Montooth, a citizen of the Walker River Paiute Nation.

Montooth’s grandmother was just four years old when she was taken from her family to the Stewart School. Growing up, Montooth felt the school was a mysterious and foreboding presence in her family’s history because her grandmother never spoke of it.

She did not understand what exactly the school was or what it stood for until she went away to college at age 18 and learned what her grandmother had not told her. Montooth sees her present place at the school as progress and the perseverance of Native culture.

“I think that me having an office on that campus is not just a moral victory, but it's positive proof that we didn't break,” she said.

Jones, who comes from the Paiute, Shoshone, and Washoe tribes, graduated from the boarding school in 1966 and said that while she did not have a good experience at Stewart, she is happy the museum is finally open.

“It's about time that America wakes up and hears these stories,” Jones said. “Nevada needs to hear this, too, because it was never taught in the public school system. Boarding schools are a black void in American history.”

Both of her parents also attended the school, and although they never spoke to her about it, her father did tell her one story — that he was picked up in a wagon with a group of other Native boys before they were all put on a train in Susanville on its way to Stewart.

This story is also illustrated in the museum. Rahder, Montooth and Jones said the worst years of the boarding school were the earliest, when the federal policies were harshest and students suffered the worst of the abuse.

Throughout the years, however, the school progressed and students weren’t kidnapped or forced to attend anymore. Parents would send their children to school in the hopes they would receive an education and thought they might be better off at the boarding school, rather than at public schools, which could be seen as more racist, Rahder said.

One museum exhibit is called “Making Home” because all of the students interviewed by Rahder told stories of how they created community within the school, of how they survived together and adapted to their circumstances.

By the time the school had closed in 1980, the students and parents actually protested the closure of the school because of the progress that had been made. Stewart had become a place where Native students could express themselves and learn new skills, but the school was closed because of federal budget cuts and earthquake safety issues with the buildings, according to the Stewart Indian School Museum website.

The last section of the museum is called “Stewart Today,” and shows photographs of various living Stewart alumni.

At the end of the exhibit, visitors can sit and listen to a recording of four different Native tongues of the Great Basin — languages that have been preserved despite the U.S. government’s efforts to eliminate them.

Rahder, Montooth and Jones have high hopes for the museum and are proud to bring to light a history that has been largely obscured.

“The history of the first people of the Great Basin can't be misremembered and it can't be left out,” Montooth said. “If it is, then we're doing a disservice to all of our citizens because they're not getting the complete picture.”

All three women said it is important to them that educators get a chance to learn about the history, too, because they have the opportunity of passing down that information to future leaders.

“Our hope is that it builds more empathetic partners for Indian country so that we can build and rectify these past unspeakable and unforgivable ills so that our culture can continue to be vibrant and rich just as it was in 1863,” Montooth said.

The museum can be visited on weekdays for free. There will be a grand re-opening celebration in May for Stewart alumni that live outside of the state.

The main permanent exhibit is finished, but Rahder and the museum curator are still working on establishing more educational programs for children and schools, developing their connections to more contemporary and local Native artists for art gallery inside the museum and finding Native cultural instructors to teach classes in beadwork, basket-making and harvesting.

Montooth said that access to accurate accounts about the history of boarding schools, and the history of the American Indian in general, are necessary for citizens to understand the complete picture of current events in American society. Without this information, she said, one cannot be a “wholly well-informed, civic-minded participant in our democracy.”