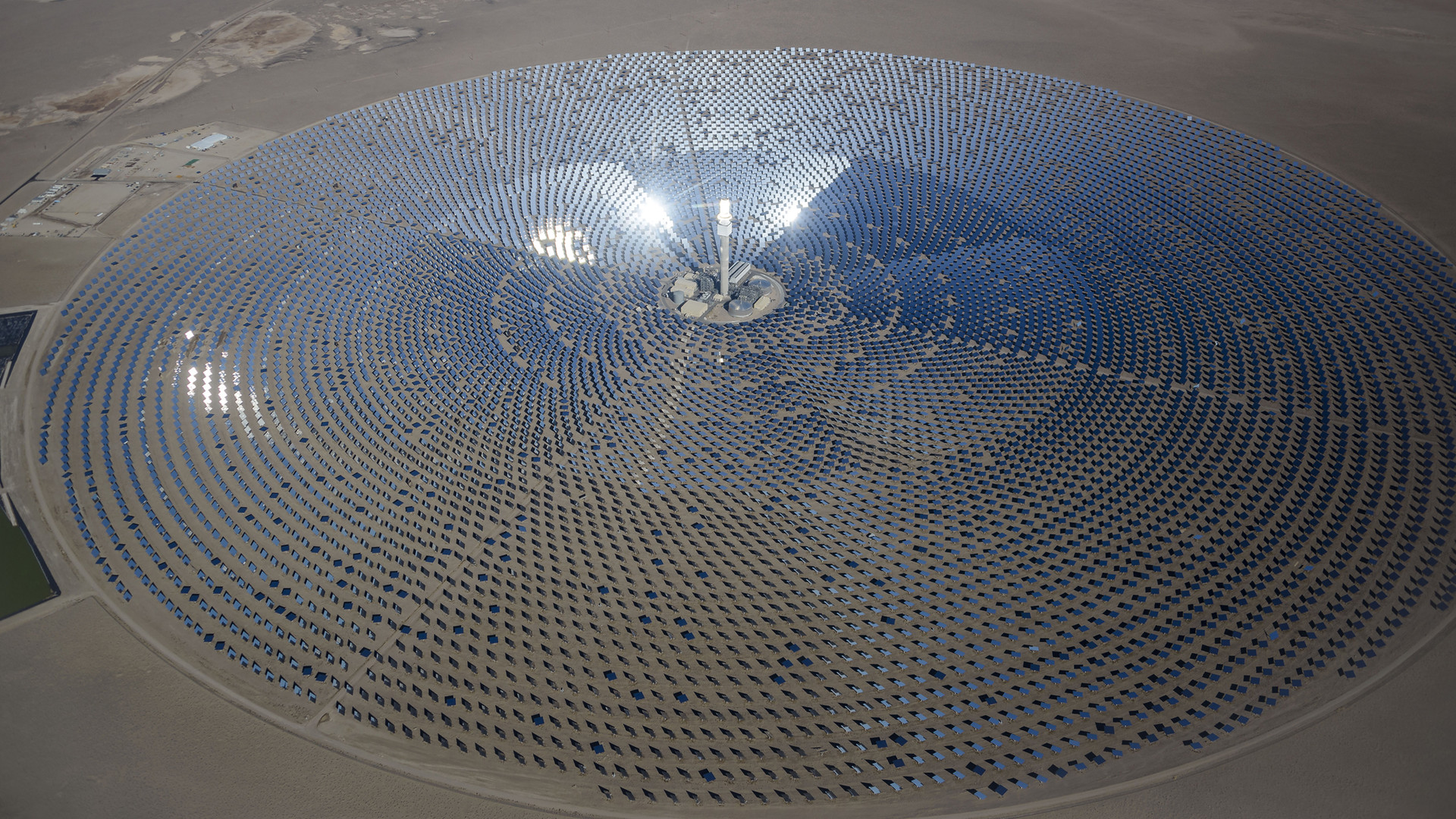 NV Energy notified a widely watched solar facility that it was terminating its power contract after it “failed to produce” the required amount of energy, according to a lawsuit filed on Wednesday.

In the complaint, the project’s original developer, SolarReserve, claims the Department of Energy “sought to amass increased control” over the $1 billion project and its operator. The federal agency backed the Crescent Dunes solar project with a $737 million loan guarantee in 2011.

The lawsuit, filed in a Delaware court and retrieved by Bloomberg, paints a stark picture of a 110-megawatt solar facility that has faced several recent management and operational issues.

NV Energy notified the plant in June that it was terminating its power contract because it “failed to produce the requisite energy levels required,” the complaint says. NV Energy’s grace period after defaulting on the contract ended Thursday. The lawsuit was filed in court one day earlier.

An NV Energy spokesperson, in response to questions on Friday, said that the state’s largest utility was “following the terms and conditions of our contract expressly with this action.”

Power contracts are often seen as central to making large-scale solar operations economically viable. At the heart of the complaint is SolarReserve’s representation in decision-making about the operation’s future. The lawsuit goes so far as to contemplate a potential “bankruptcy filing.”

Were that to happen, it would mark a significant setback for an operation often touted for its technological capabilities to store solar energy as backup power when the sun is not shining. The solar thermal plant relies on thousands of mirrors — placed in concentric circles — that concentrates sunlight toward a receiver tower, heating up molten salt to generate electricity.

SolarReserve vs. the Department of Energy

The complaint suggests the operation is soon poised to make key decisions, and SolarReserve is concerned it might not have a vote. The renewable developer alleges that the Department of Energy has sought to improperly wrest control of the Board of Managers for Tonopah Solar Energy, the LLC that operates the Crescent Dunes project. SolarReserve has a stake in Tonopah Solar Energy through several layers of investment LLCs.

In September, the Department of Energy sent Tonopah Solar Energy a “Notice of Default” letter days after SolarReserve had installed a new manager to represent its interests, according to the complaint. With the notice, SolarReserve alleges that the federal agency sought to install two new managers to the Board of Managers, leaving the developer with no representation.

“SolarReserve, through its SolarReserve Manager, can no longer prevent a unanimous vote for virtually any material corporate decision of [Tonopah Solar Energy], including, but not limited to, Tonopah filing for bankruptcy which may not be in Tonopah’s best interest,” the lawsuit reads.

The lawsuit names Tonopah Solar Energy as a co-defendant.

SolarReserve is asking the court in Delaware, where it’s incorporated, to rule that it is allowed to appoint a board manager. Lawyers for SolarReserve did not respond to requests for comment.

The complaint also points to an internal debate over how the operation came out of compliance with its NV Energy contract. The utility, according to the lawsuit, sent a notice to the operator of a potential default on Jan. 1, 2019. Six months later, the utility sent the termination notice.

The lawsuit said NV Energy sent the official notice because the solar plant had not delivered the “requisite levels required by the [contract], in part on various issues with a hot salt tank, and the construction-related problems that caused problems with the operation of the plant.”

Tonopah Solar Energy, the operator, argued that those issues stemmed from unforeseeable circumstances, whereas SolarReserve said they were construction related, the lawsuit notes.

“We have a responsibility to our customers to ensure the projects for which we have Public Utilities Commission of Nevada approval are delivering as contractually required,” Jennifer Schuricht, a utility spokesperson, said in an emailed statement. “Unfortunately, this project is not performing pursuant to the terms and conditions of its contract and we will enforce its provisions diligently to protect our customers from any negative reliability and cost impacts as a result.”

In a June report to the utilities commission, NV Energy said Crescent Dunes “has experienced frequent and prolonged outages” since it began its commercial operations in 2015. The utility also reported another “equipment failure” in April. Written testimony cited the Crescent Dunes issues as a potential risk for meeting the state’s renewable energy requirements in the future.

The utility’s long-term contract with Crescent Dunes, known as a “Power Purchase Agreement,” was scheduled to expire in 2040, and it was factored into the utility’s renewable projections.

“There is significant uncertainty associated with Crescent Dunes,” NV Energy reported in June.

Still, the utility is adding solar to its portfolio. In June, NV Energy announced that it was seeking to build about 1,200 megawatts of solar generation and nearly 600 megawatts of battery storage.

Looking at the future

As late as 2016, SolarReserve had contemplated adding to its project portfolio in Nevada. In an interview with the Las Vegas Sun, the company’s then-CEO contemplated an even larger $5 billion project to produce the amount of power “equivalent to the energy of the Hoover Dam.”

But in January, the company withdrew its application to build that project on federal public land.

“SolarReserve withdrew their right-of-way application for the Sandstone project on January 31, 2019,” a Bureau of Land Management spokesman said in April. “They did not give a reason for withdrawing their application. The company did not request a time extension for processing.”

That proposal, known as the Sandstone project, drew protests from environmental groups concerned about the ecological effects of siting such a massive facility on public land.

The withdrawal of the project attracted national attention too. Bloomberg reported the move, noting that the company walked from a project in Australia after it failed to secure funding.