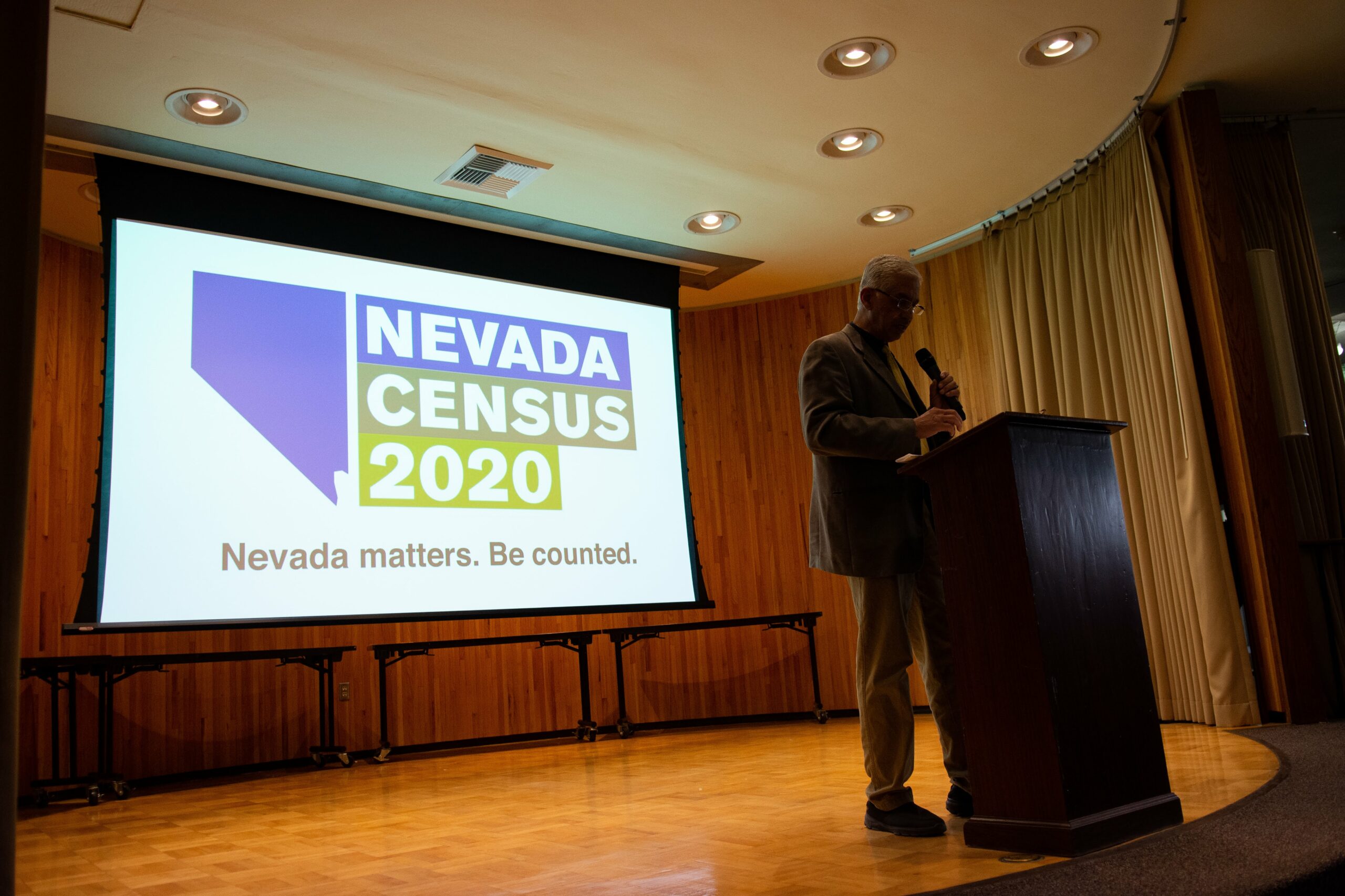 Imagine going to the supermarket and finding a sticker advertising the census on the apples in the produce aisle. Or stopping by a gas station and hearing a catchy jingle about how everyone counts for the census.

These are two of the approaches census outreach organizers in Nevada are considering as they work toward ensuring historically underrepresented and undercounted communities participate in the 2020 Census. Although April 1 is census day, notices and forms about the census will start arriving in the mail in March, with follow-ups running from April through July.

“The greatest challenge Nevada Census 2020 faces with hard to count populations is government distrust, misinformation, and lack of awareness about the upcoming census,” Kerry Durmick, Nevada’s census coordinator, said in an interview with The Nevada Independent. “Nevada Census 2020 is combating these challenges by dedicated hard to count community outreach through events, presenting about the census across the state, hosting events, and meetings.”

Nevada is at risk of a population undercount, and with billions in federal dollars on the line, Gov. Steve Sisolak established a Complete Count Committee by executive order last spring to “recommend methods and policies to facilitate the most complete and accurate census count in the year 2020.”

The committee is executing its mission and outreach plans under the name of Nevada Census 2020. One focal point of outreach is Nevada’s hard-to-count populations or populations who are hard to locate, contact or interview, such as members of the homeless, immigrant or LGBTQIA+ communities.

The committee also is collaborating with officials at various levels of government, community leaders and organizations to spread the word about the census. As part of its outreach, the Complete Count Committee created a Hard to Count Subcommittee that has been meeting regularly and discussing promoting census participation through partnerships with local libraries, faith-based communities and community leaders, among other avenues.

The subcommittee has discussed unconventional ways of communicating, such as stickers on fruit, catchy songs on the radio and third-party-communication-apps along with more conventional forms of communication, including text messages. Although phones are convenient, members of the subcommittee acknowledged that in an election year, people could be experiencing “text message fatigue” and the census needs to think creatively to reach hard-to-count communities in Nevada.

In a subcommittee meeting on Jan. 7, Duy Nguyen, a hard-to-count subcommittee member, vice-president and COO of the Asian Community Development Council and a Clark County planning commissioner, noted that in the 2010 census, members of the Sri Lankan community were vastly undercounted. He said one way to increase counts for minority groups might be having representatives attend cultural celebrations and events as well as working with ethnic businesses to ensure every person hears about the census.

According to the Census Bureau, Nevada had a participation rate of 71 percent in the 2010 census. The U.S. Census defined participation rate as the percentage of questionnaires mailed back by households and excludes forms the U.S. Postal Service marked as “undeliverable.” The state hopes to increase 2020 participation rates and avoid the potential for population undercounts through its efforts with Nevada Census 2020.

A new online system at the Census Bureau will allow for daily updates indicating where data is missing. But committee members acknowledged that they could not rely exclusively on technology and also needed to do outreach in places such as churches and libraries and attend gatherings such as Las Vegas’ First Friday events.

The subcommittee’s emphasis on hosting events in community was on display in late January and early this month with three Nevada Census 2020 events held across the Silver State. Durmick said the Nevada Census 2020 is consistently updating an online calendar of events, which so far includes a presentation at a Lions Club meeting, another presentation at the Northern Nevada Human Services Network meeting, and a booth at a civics engagement event.

Another source of concern has been the initial inclusion of a citizenship status question on the census. Although the U.S. Census Bureau removed the question after three federal courts blocked it, some subcommittee members worried that confusion about the question persists.

Nearly 20 percent of Nevada residents are immigrants, another 17 percent of U.S.-born citizens have an immigrant parent, and more than an estimated 100,000 citizens live with an undocumented family member. Fear from non-citizens toward citizenship-related questions in Nevada could result in undercounts.

Durmick reiterated there is not a citizenship question on the census and said addressing concerns requires outreach.

“Nevada Census 2020 is attending events, presenting about the census across the state, hosting events, and meetings to provide clarity about the citizenship question,” she said.

Lonnie Feemster, the president of Reno-Sparks NAACP and a speaker at the Washoe County kickoff event, told The Nevada Independent that he worked for the Census Bureau in 2010 to help make sure the census counted communities of color, low-income families, and constituents of the NAACP.

“We need to be counted, and you need to understand how important this is because your political power flows from the impact of the census. It’s recognizing that you exist as a human in our country,” he said in an interview after the event. “Historically discriminated against groups sometimes just feel they’re not part of the process, and this is what we’ve got overcome.”