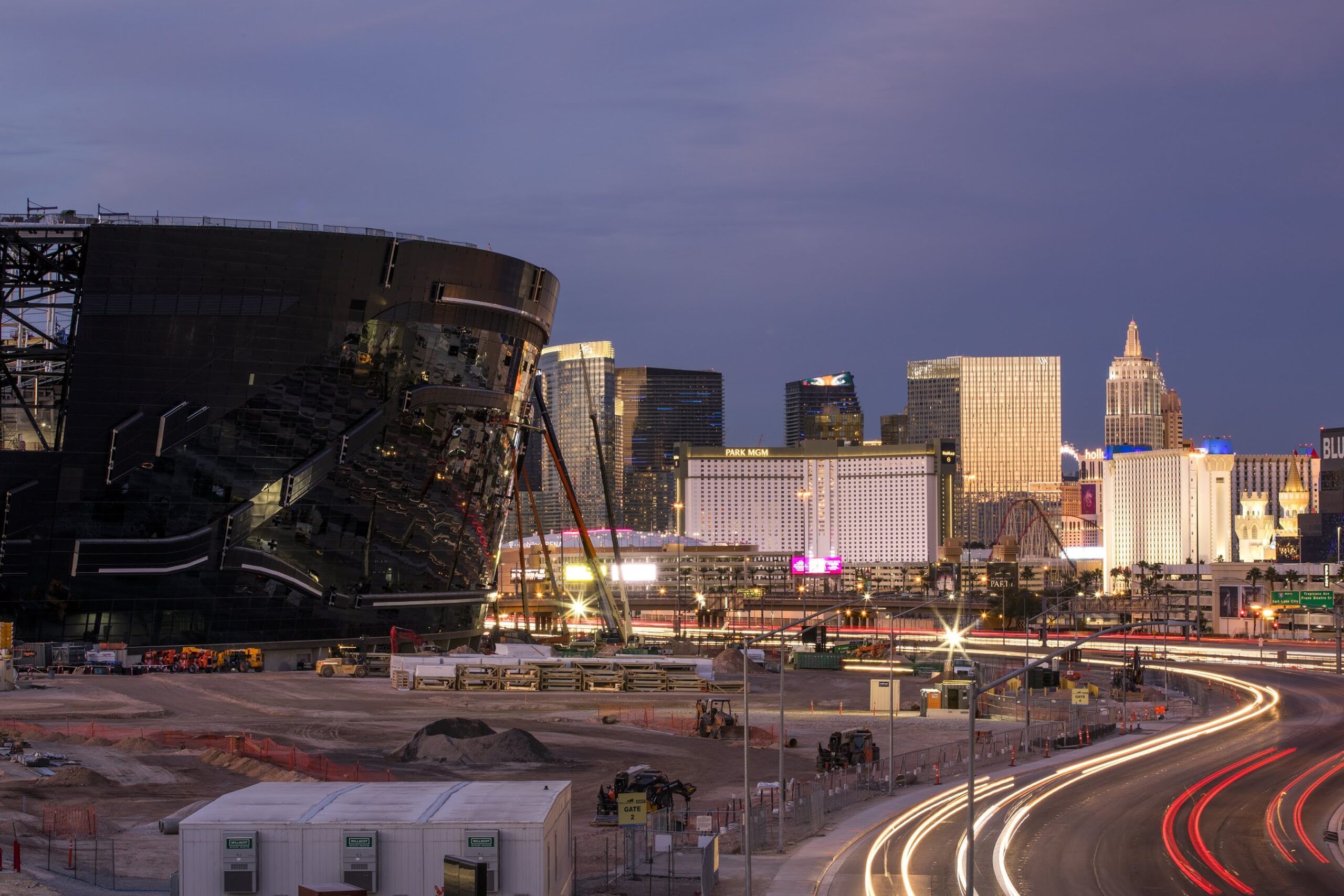 Despite nonexistent room tax collections while Las Vegas hotels are shut down during the coronavirus pandemic, the taxpayer portion of the Allegiant Stadium funding is not expected to be affected in the short term.

The long-term effects are still in question, however.

Taxpayers are on the hook for $750 million of the $2 billion total construction cost for the stadium that will be home to the NFL’s Raiders and the NCAA’s University of Nevada-Las Vegas Rebels after the state legislature passed a bill in 2016 to allow Clark County to increase its lodging tax to help fund the facility’s construction.

Visitors to hotel rooms on or near the famed Las Vegas Strip (on which the stadium will border) pay an additional tax of 0.88 percent, increasing the average nightly rate by $1.50. The increase is 0.5 percent for rooms within the rest of the stadium district, a 25-mile radius around the Clark County Government Center downtown.

Prior to the spread of the novel Coronavirus business was booming in Vegas, with the portion of the room tax collection allocated for the stadium reaching $24.9 million for the first six months of the 2019-20 fiscal year. That was 6.3 percent higher than the same time frame a year earlier as room-tax collection hit record levels in five of the past eight months, the Las Vegas Review-Journal reported.

Clark County has collected nearly $140 million since the tax increase was put into effect, which is on track to meet estimates over the 30-year collection period. But, the current pandemic is now putting lodging tax collections to a halt after Gov. Steve Sisolak (D) ordered all non-essential businesses closed.

Jeremy Aguero, principal for Applied Analysis, which consults with the Las Vegas Stadium Authority, told the newspaper that he’s not worried the bonds will be paid off on time.

“In terms of the ability to make bond payments, not only was the Stadium Authority board relatively conservative in its estimates of room tax, but it also has about a year and a half worth of reserve revenue set aside to ensure that the bond payments are made,” he said. “Even if the room tax was essentially to drop to zero for the next year — which no one expects, I want to be very clear about that — there would still be revenue available to make those bond payments.”

Las Vegas Stadium Authority Chairman Steve Hill told the Review-Journal that the bonds for the stadium construction were set up to withstand an economic dip as bad as what became known as the Great Recession a decade ago. In fact, the authority needs about two-thirds of the anticipated revenue to make the bond payments and has a requirement to set aside two years of debt service reserve over the first several years of the project

“We have a year and a half set aside already, so we could go for a year and a half and not have a single penny of revenue and make bond payments,” he told the newspaper. “That’s obviously not going to happen.”

According to a recent report from the stadium authority, nearly $1.4 billion of the stadium’s budget has been spent, Construction on the stadium continues despite the governor’s order because the Nevada Department of Business and Industry determined the construction to be “essential.”

Michael Schaus, communications director for the Nevada Policy Research Institute, told the Taxpayers Protection Alliance that the impact on the virus to the tourism industry will last longer than the pandemic because travelers are likely to proceed cautiously for years to come. Therefore, the long-term impact on the lodging tax isn’t clear.

Officials have suggested the economic impact for southern Nevada from the pandemic could exceed $40 billion. As revenue collections decrease, bureaucrats are likely to face tough decisions about what budget areas they can cut.

“I think it’s possible people are going to raise an eyebrow and ask why we continued on with the $750 million [taxpayer portion of the] stadium when we are cutting essential services,” Schaus said.

The facility is nearly 90 percent done and is still on track for completion by July 31 even as the NCAA and NFL 2020 football seasons remain up in the air due to the pandemic and social distancing practices.

A worker on the site was recently diagnosed with COVID-19, but that hasn’t stopped the stadium’s progress.

“It seems they are going to continue the construction,” Schaus said. “Whether or not it will be used this year is another issue.”

Johnny Kampis is an investigative reporter for the Taxpayers Protection Alliance.