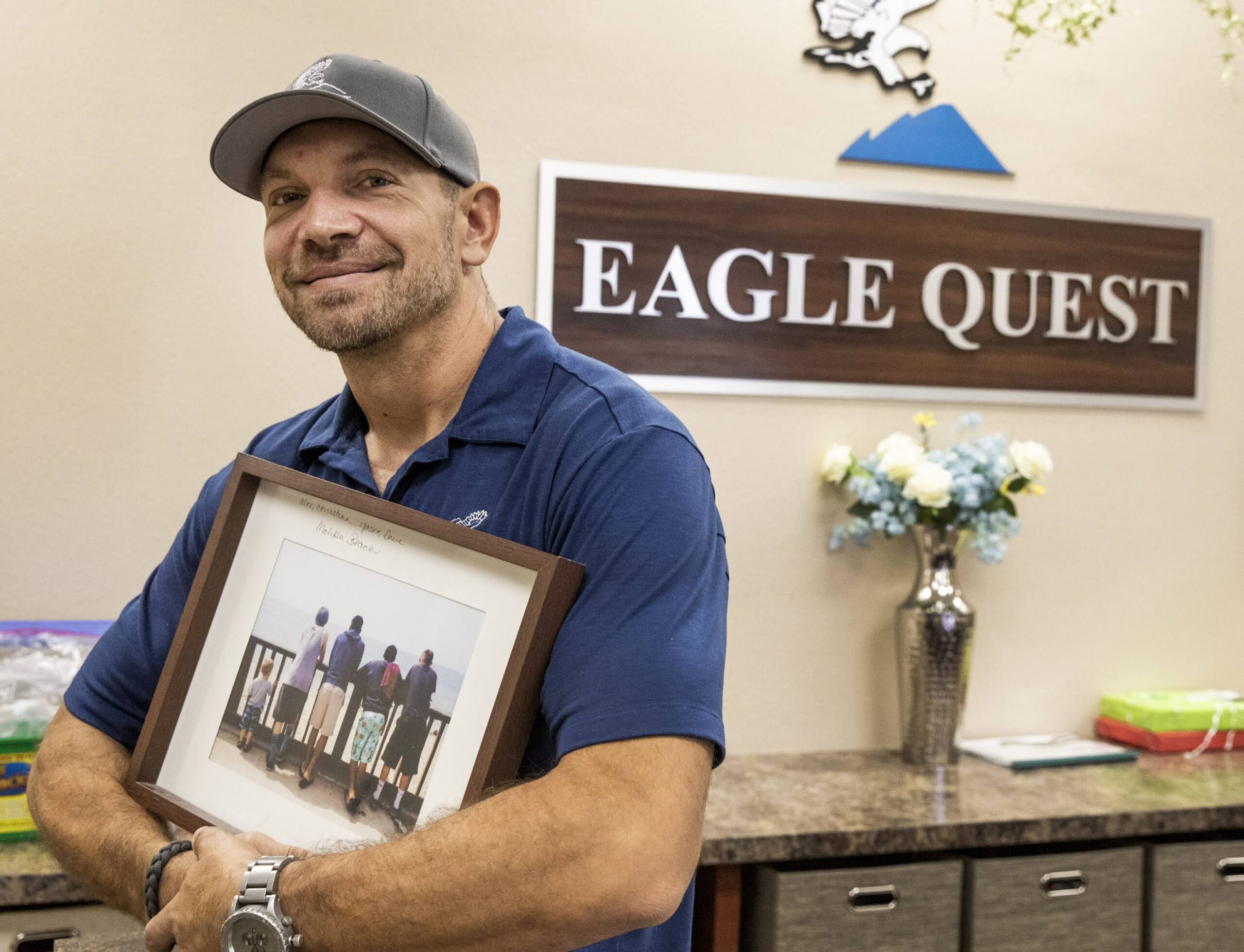 Gov. Steve Sisolak and Southern Nevada leaders have asked residents to consider opening their homes as an unusually high number of infants are entering the Clark County foster care system.

As of early May, 467 children under the age of 1 had entered the county’s foster care system, well above the pace from the past couple of years. During all of 2020, there were 781 infants in the county’s care.

While it’s unclear why there’s such an increase, foster care agency directors hypothesized that as teachers, daycare workers and coaches resume in-person instruction, they are finally able to report concerns that went unnoticed during the pandemic. But the situation has put a crunch on the system: Low compensation for the foster families deters qualified people from applying, officials said.

Gov. Sisolak declared May as Foster Care Month in Nevada to encourage more families to consider fostering a child, and others are trying to support the cause.

“In life, there is no greater gift than opening your home to a child and making them a part of your family,” Clark County Commissioner William McCurdy II said in a press release. “I strongly encourage anyone who has ever thought of becoming a foster parent to reach out to our Department of Family Services. These families and these children need us to give them a safe and loving home.”

How the process works

Neglect, domestic violence and incarceration of a parent are among the many reasons a child may be removed from a home and placed in foster care. The ultimate goal of the Department of Family Services is to reunite children with their birth parents (Nevada has a 67 percent reunification rate) but that may be unachievable if a child’s safety is at risk.

Those who wish to become foster parents are required to undergo extensive training and become licensed before they can be compensated for caring for a foster child. Licensing is a multi-step process that includes a phone interview, background check and home inspection, and can take several months or years.

Carly Souza has been trying to make the licensing process easier and more accessible for community members through Fostering Hope, a program that she started in 2012 with her husband at Hope Church in Las Vegas.

Fostering Hope started hosting the Department of Family Services on the church campus for their licensing classes, which span nine weeks. Souza said the program also offers child care for free, alleviating the burden for those who want to foster but can’t find a sitter for their biological children while they take classes.

Souza noticed the number of children in foster care doubled this year but isn’t sure why there is such an increase.

“I don’t know if it’s because things have just started opening up more,” Souza said in a phone interview. “So there are more eyes on children and families than there have been in the last two years.”

Souza and her husband geared up their efforts for the recruitment and retention of foster parents to address the increase in demand. They started offering a weekly support group at the church, a children’s boutique store and a care community consisting of five to seven volunteers who help foster families with household chores and other needs.

“Typically, about 60 percent of foster families quit fostering after the first year,” Souza said. “Because it’s such a challenging process. You are caring for a child that you didn’t give birth to and children come with a lot of trauma, given the reason why they were taken into care.”

Foster parents typically receive compensation of around $700 per month per child and the county provides various support services such as subsidizing medical costs.

Dave Doyle, director of Eagle Quest, a therapeutic foster care agency, said the compensation is not on par with the inflation the state has been experiencing. He said foster parent reimbursement should be increased to help retain licensed, qualified foster parents who can provide a home for the children.

“Local businesses are raising their prices to keep employees at an hourly wage, but for foster parents, that daily wage, I don’t think has changed in quite some time,” Doyle said.

A former teacher, Doyle has been with Eagle Quest since 2003. The agency provides outpatient counseling and therapies to about 175 children who have been diagnosed as severely emotionally disturbed.

“We think there need to be more early indicators and assessments of mental health for children of a younger age,” Doyle said. “We can combat it early in the years and hopefully treat it while they are still amenable rather than wait until their teenage years when it’s already fully into fruition, so to speak.”

Doyle became a foster parent at the age of 22 and he has continued his work with foster children for 20 years, calling it the most rewarding thing anyone could do. He has four teenagers from ages 16 to 18 living with him at the moment, and said he is trying to teach them professional skills so they don’t “perpetuate the cycle.”

Valerie Hicks, executive director for Specialized Alternatives for Families and Youth (SAFY) Nevada, said as a woman of color, she was distressed by the disproportionate number of children of color who are in the foster care system. Black children are more than twice as likely to be placed in foster care, according to national data. She said the need for more foster care homes is ever-increasing across the country.

In addition to offering adoption services and family reunification programs, Hicks said SAFY provides therapeutic foster care services with clinical staff focusing on trauma healing and behavioral coping skills. She said many children who come through foster care have been emotionally damaged as a result of their trauma.

Having worked with SAFY Ohio, Hicks said in comparison, Las Vegas is new and fast-growing and its child welfare, juvenile justice and educational infrastructure hasn’t been able to keep pace with the growth in demand.

“We have fewer college graduates and we need an educated workforce,” Hicks said in an interview. “And so getting more students through our social work, psychology, marriage and family therapy programs are going to be necessary to meet the sociological needs that are presenting in the community.”

While many in the foster care system get adopted, returned to relatives or another caretaker, the most common reason for foster youth discharge is “aging out” at 18 (40 percent).

“[Children who have aged out] are essentially on their own,” Hicks said. “They are particularly at risk because most young people that I have known, myself included, were not ready to assume all elements of adult life at the age of 18.”

According to Hicks, SAFY serves about 140 children and on any given day, they have about 85 to 90 children under the agency’s care. She said they desperately need more people to raise their hands and say they want to support the children until they can be reunified or adopted.

“So many times people mean well, but when so many pressures come at us such as the pandemic, we might forget about children who are the most vulnerable in our community,” Hicks said.