Once seen as frivolous, wildlife crossings now seen as a way to save bucks — and drivers 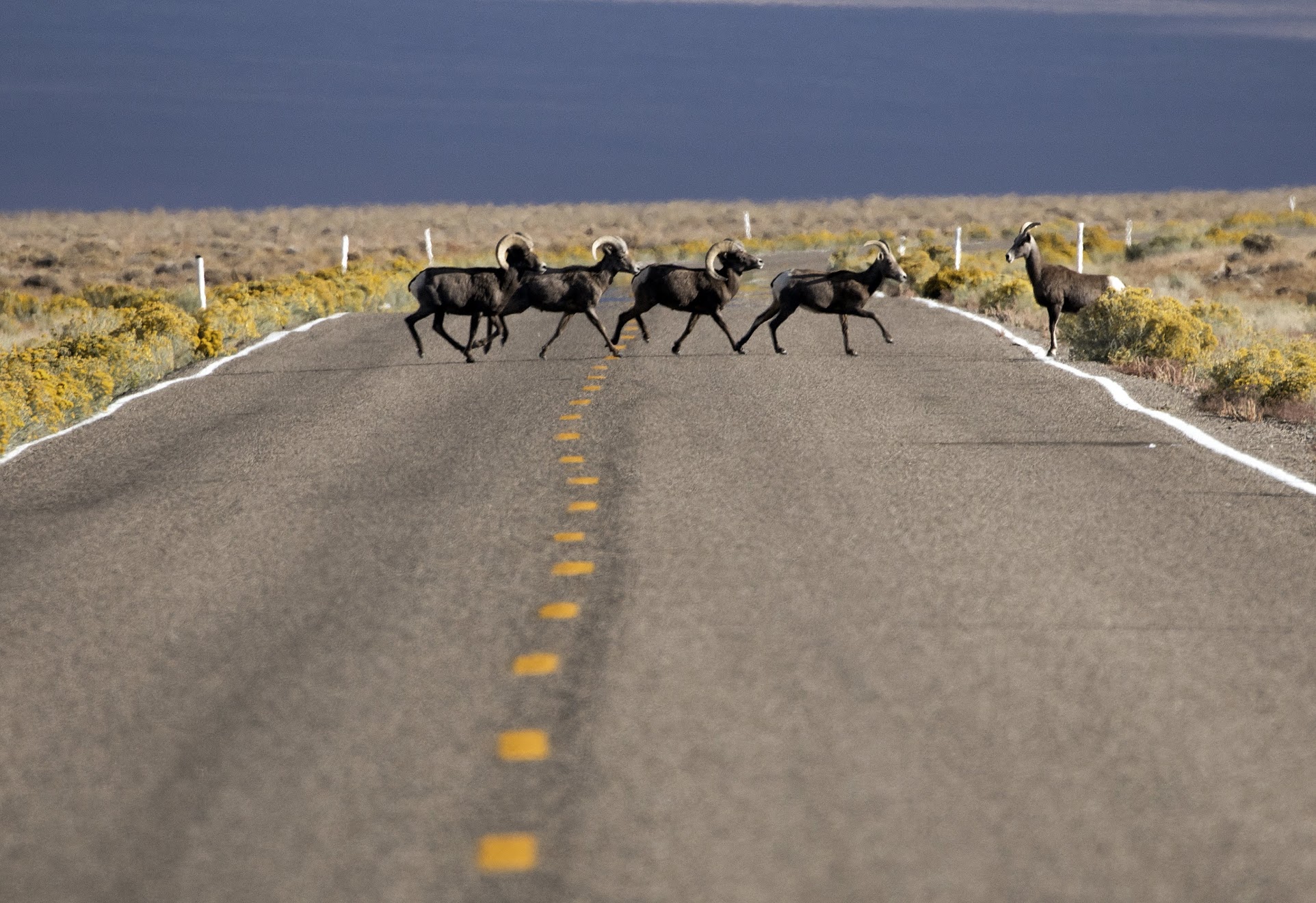 Every year, thousands of mule deer make the southeasterly trek from the snow-loaded Jarbidge Mountains to the Pequop Mountains across I-80 between Wells and West Wendover. For many years and many mule deer, the highway atop their migration corridor posed an existential threat.

According to the Nevada Department of Wildlife (NDOW), collisions thinned the deer population by the dozens — if not the hundreds — as they attempted to cross I-80 or U.S. 93, from Wells to the Idaho border. It wasn’t just wildlife getting hurt. The Nevada Department of Transportation (NDOT) estimated that crashes were costing drivers millions. In some cases, they were fatal.

By 2006, wildlife and transportation officials began to discuss a longshot fix: animal crossings. At the time, the inconspicuous underpasses and overpasses — designed to blend in with the landscape — were viewed as costly projects that diverted funding from more important areas.

“After some of the first structures were constructed on Highway 93 by the [Nevada] Department of Transportation, we got beat up,” said Tony Wasley, who directs the state’s wildlife agency.

Today the crossings are credited with helping thousands of animals migrate without being forced to risk a perilous sprint over the highway. Across the West, where busy highways crisscross swaths of open land, the structures are catching on as a way to reconnect fragmented stretches of wildlife habitat, offsetting the increasing pressures of development while keeping drivers safe.

NDOT estimates that an average of 500 wildlife collisions each year account for about $19 million in property damage and injuries. The actual number could be higher. That estimate does not include the cost placed on emergency responders or a species’ intrinsic value to the land.

Nova Simpson, a biological supervisor with the department, presented those numbers at the Governor’s Mansion on Tuesday as part of a summit aimed at reducing wildlife-vehicle crashes.

Compared to other states, Nevada was an early adopter of the crossings. The state completed its first project on U.S. 93 in 2010 at a cost of about $2.2 million. Over the next four years, NDOT found that more than 35,000 mule deer used the crossings on U.S. 93. Since then, Simpson has received regular calls from other states asking about funding and construction.

“Other states are definitely jumping on the bandwagon and doing these projects,” she said.

Across Nevada, the threats to wildlife and drivers vary.

In and around Reno, a big challenge are the feral horses that roam the Virginia Range, often seen crossing USA Parkway near the Tahoe Reno Industrial Center. Near Boulder City, the focus is on bighorn sheep, and near Elko, the department is still watching the mule deer.

To prioritize and effectively target crossings to the most affected areas, the agency has created heat maps that combine geospatial data on animal movement, carcasses and crashes. These maps make it easy to see where the most pressing challenges exist when it comes to collisions.

As the issues vary across the state, so do the solutions. Different species react to the crossings in different ways. In general, Simpson said prey tend to travel on the overpasses, shying away from the enclosed environment created by underpasses, which are preferred by predators.

Brian Wakeling, administrator for NDOW's big game division, said “getting in the mind of wildlife can be challenging.” But through data collection, the department has a good sense of how different herds move and how they might react to the crossings.

“Trying to keep herds intact is important for a variety of reasons,” he said.

Migration corridors allow big game species to be in the right habitat at the right time, Wakeling explained. That movement is critical for their nutrition and their ability to raise healthy offspring.

The goal of Tuesday’s summit was to expand the program by bringing more developers and partners into the planning process. Simpson said that animal crossings are increasingly being tacked onto planning documents, including environmental impact statements. Wildlife crossings were integrated into the construction of the Boulder City Bypass and USA Parkway near Reno.

“Simply having everyone at the table from the very beginning — developers, local agencies, and transportation agencies — we can develop innovations to help protect human safety, protect wildlife and habitat, maximize development opportunities and reduce costs to taxpayers,” said Kristina Swallow, who directs the transportation department, during a speech at the summit.

Funding remains one of the most significant impediments to building the projects. Costs can vary depending on whether the crossings are incorporated into original plans or added later.

The Boulder City Bypass crossings had a construction price tag of about $1.6 million, according to an NDOT spokeswoman. Some of those expenses were absorbed as part of the costs in the larger highway upgrade. On the higher end, a project to build a series of wildlife crossings near the Pequop range on I-80 cost around $20 million, in part because of the scale and timing.

Funding is one area where the federal government could step in.

Past projects have relied on state and federal dollars from a variety of sources, including the Highway Safety Program and the American Recovery and Reinvestment Act. In addition to new funding through a Department of Interior secretarial order, the federal government could make more funding available through Congress. As part of its transportation bill, the Senate has also been considering the creation of a pilot program that could open up $250 million in funding.

As a result of the secretarial order, Nevada received $287,000 to study big game migration corridors. Some of that funding has helped NDOW track antelope and map their movements.

Car collisions are not the only threat facing Nevada’s mule deer population.

Wakeling said that a lot of species in Nevada are healthy. And in many cases, their populations are on the upswing. But he cited mule deer as one species that has had a “tough time” with their herd numbers stable to slightly declining. Although it’s difficult to pinpoint one specific cause, he added that they can be acutely susceptible to disruptions in their century-old migration paths.