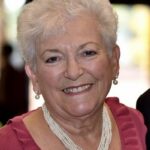 So here we are enduring the worst pandemic in over a century and still scratching our heads over how it happened. We’re the greatest country on earth, aren’t we? How did we allow it to come here? Why can’t we lick this scourge that’s forcing us to bow down before its relentlessness? There is plenty of inaccurate and questionable information out there, fueled by social media and, of course, by Donald Trump.

Our response to the pandemic has been anything but great and too many of us refuse to pay attention to what science is telling us: COVID-19 is a zoonotic disease; that is, it transferred to us from animal carriers. We in the U.S. were lucky we mostly escaped the ravages of other recent zoonotic diseases: Ebola, MERS, and Zika, with a few cases of Swine Flu and Bird Flu. Even the scourge of AIDS, which first appeared in the 1980s is thought to have originated in animals, possibly primates, our closest relatives. Back then, we probably weren’t paying attention.

Scientists tell us that zoonotic diseases are becoming increasingly common and COVID-19 is just the latest iteration of an alarming trend. When these diseases that naturally reside in animals mutate, they can infect people and we may have no biologic defenses against them. Our world is intimately interconnected and diseases can spread rapidly, as seen during the pandemic that is upon us. The human/wildlife interface is becoming increasingly smaller.

The factors that allow animal diseases to infect humans are wildlife exploitation and habitat loss, such that humans and animals are coming into closer contact. The risks increase as more people take up more land and exploit animals through trade in living animals and animal parts. And when people enter new habitats and encounter the animals that live there, it opens the door to more zoonotic disease episodes. Scientists say new diseases are expected to appear regularly.

As climate disruption creates worldwide chaos with increasingly violent weather and natural disasters, the barriers between wildlife and humans continue to disintegrate. Habitats are being destroyed and animals are being smuggled across borders, sold in live markets or made into products. This is what we suspect happened in China, where the coronavirus pandemic is thought to have originated. But we still don’t know for sure how the virus causing COVID-19 emerged.

And we can’t just point fingers. According to the Center for Biological Diversity, the U.S. consumes roughly 20 percent of global wildlife including about 224 million live animals and a stunning 883 million dead specimens a year. Our demand for wildlife-based décor, fashion, and meats shifts disease risk to other countries – it doesn’t negate the risk. We and other wildlife-consuming nations like the E.U. and Japan need to pick up where China’s wildlife-consumption ban left off: by banning all wildlife trade and closing wildlife markets as a first step.

We have to reconceive the future. Livelihoods and lifestyle choices must change. COVID-19 has shown us how interconnected the world truly is. We must acknowledge that other emerging zoonotic infectious diseases are lurking out there just waiting to become another pandemic — one that may be far worse.