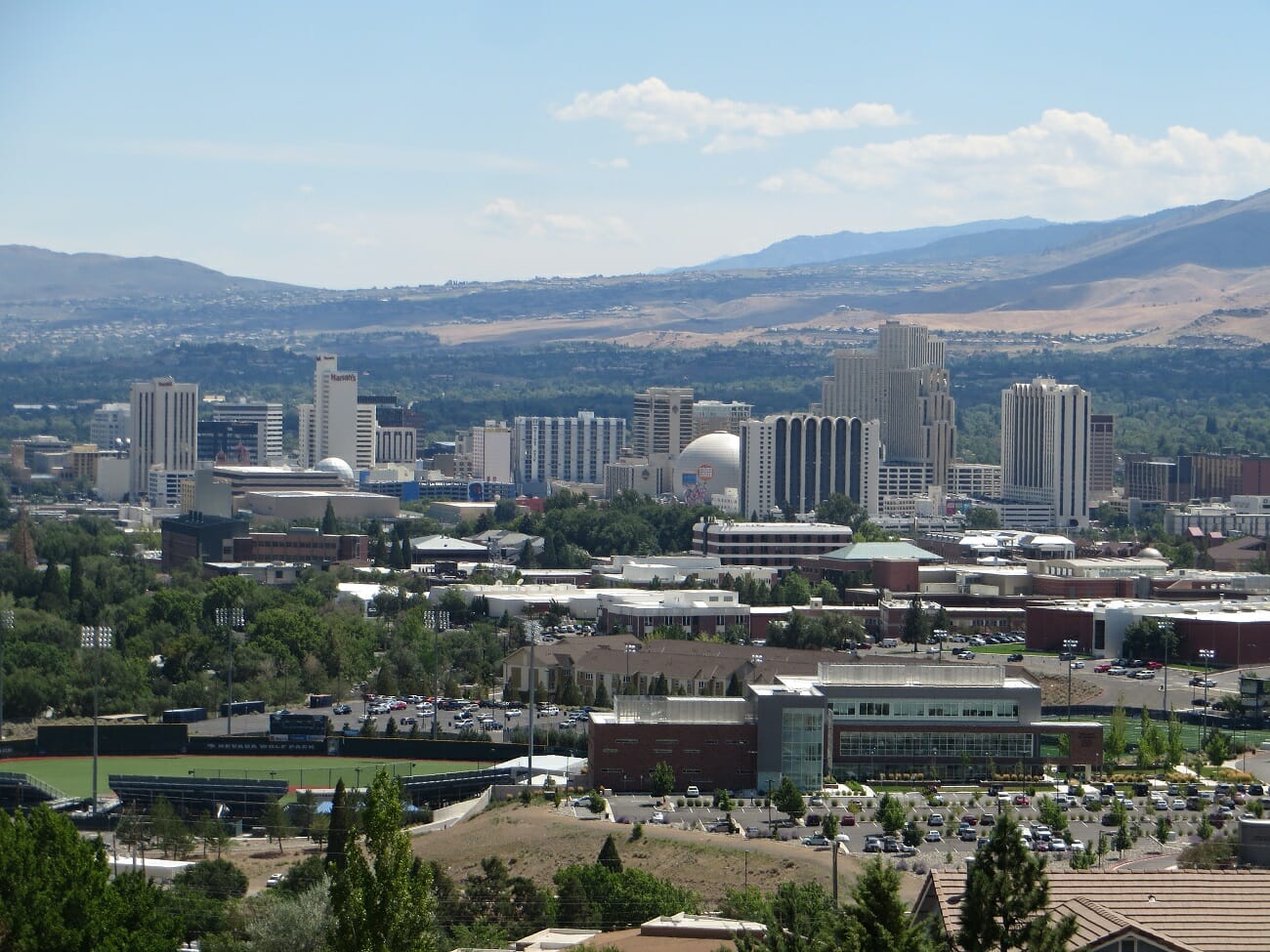 One of Reno’s largest gaming companies has been approved to leave NV Energy and purchase electricity on the open market, becoming the latest major Nevada company to leave the utility’s purview.

Peppermill Resorts’ application to purchase electricity on the open market was approved by members of the Nevada Public Utilities Commission on Wednesday, allowing the company to begin purchasing electricity from a different provider by the end of the year in return for a $3.322 million “exit fee” to the utility.

The vote Wednesday makes Peppermill — which first applied to leave the utility in mid-May — just the fifth company to apply and successfully exit NV Energy’s electric monopoly, following MGM Resorts, Wynn Resorts, Caesars Entertainment, Barrick Gold and Switch. Commissioners spent only a few minutes in discussion before approving the exit application, saying it satisfied all the requirements set forth in state law.

“All represented on the record that this was in the public interest, and that this was a fair and just resolution to the Peppermill’s departure,” PUC Chairman Joe Reynolds said.

Nevada’s so-called 704(b) provision allows private companies to apply and leave the service of NV Energy after meeting certain minimum requirements and paying a negotiated exit fee to help make up the expected loss of revenue to the utility and to help make up for the expected infrastructure costs planned by the utility. State lawmakers approved the exit process in 2001, but most applicants have only undergone the exit process in the last three years.

The exit fees for applicants typically fall in the millions — MGM paid $86.9 million to leave the utility, while Caesars paid $44 million and Wynn paid $16 million.

Peppermill — which in addition to a Reno hotel owns several smaller properties, including a casino in tiny West Wendover — will pay an exit fee set at the $3.322 million figure, but that amount could go to help pay for additional costs if NV Energy decides to retire the coal-powered Valmy Generating Station before 2020. The utility itself testified neutral on the application and raised no objections to the application.

The company’s transition date is set for January 1, 2018, and it has already identified natural gas supplier Cargill as its new supplier of energy.

The company has also invested more than $9.7 million in an on-site geothermal project, which it says has saved $2.2 million in natural gas bills and substantially reduced the carbon footprint in heating the resort’s pools, hot tubs, showers and mechanical systems.

A spokeswoman for Peppermill did not return an email or phone calls seeking comment.

This story has been updated to correct the name of the PUC chairman.