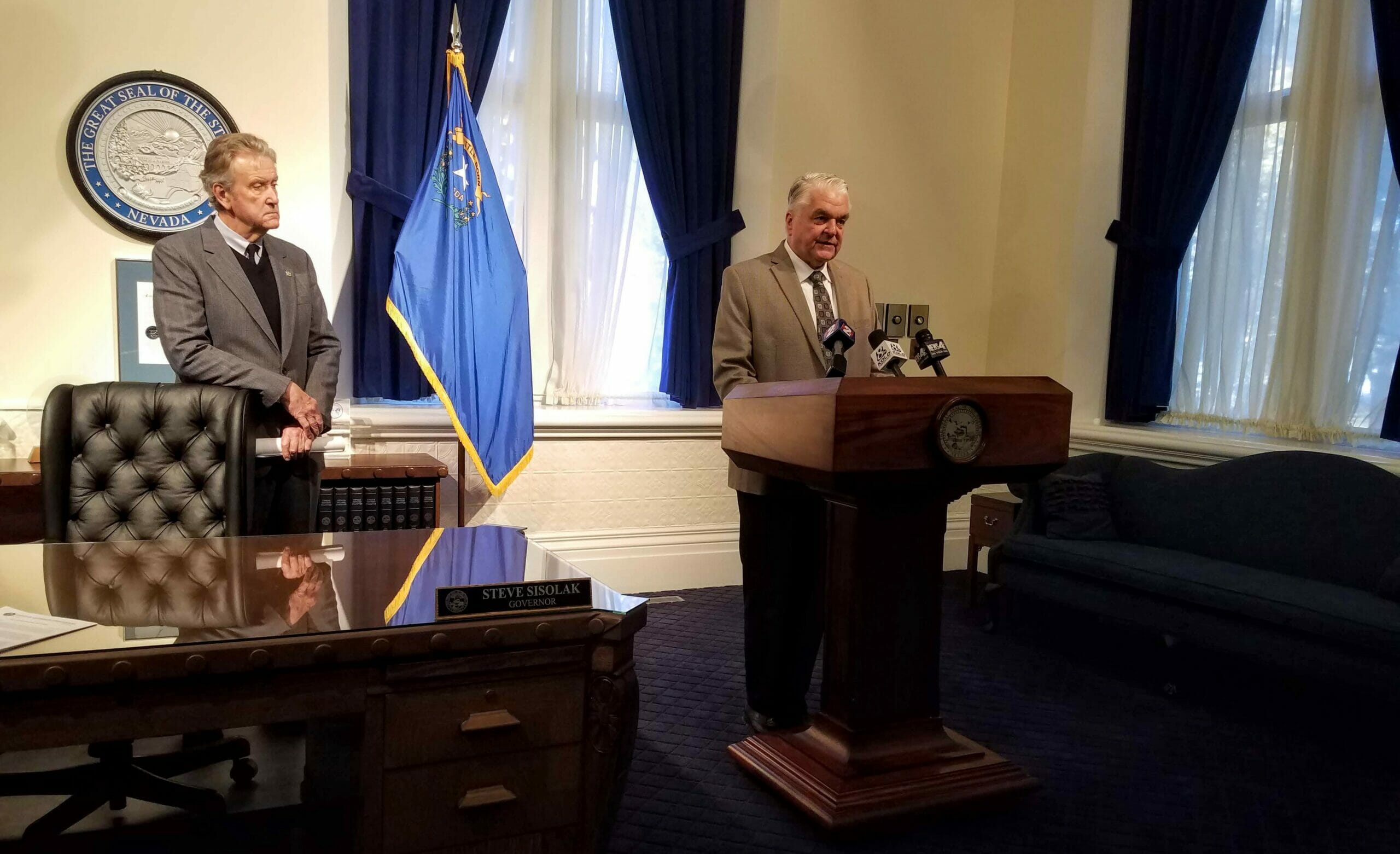 The Nevada State Board of Pharmacy failed to fully process background checks on wholesale pharmacy companies for more than a decade in spite of requirements under state law, a lapse that Gov. Steve Sisolak called a “longstanding alarming issue” and resulted in the resignation of the board’s president.

Speaking at the state Capitol on Tuesday, Sisolak and Department of Public Safety (DPS) Director George Togliatti announced to reporters that a months-long and still active state investigation had found multiple lapses by the board, including a failure to submit “fingerprint cards” and collecting fingerprinting fees without ever actually submitting them to a state repository for processing. Sisolak said the board had been made aware of the issue multiple times in the past but that the issue has persisted since at least 2007.

“I'll be lying if I said I wasn't shocked when I learned of this issue and the fact that it'd been taking place for so long without being addressed,” he said during the press conference. “Nevadans expect and deserve action when an issue of this gravity is identified.”

Sisolak and Togliatti declined to answer questions from reporters following the press conference. They did not provide details on how many people who received licenses may have been rejected had fingerprint checks been completed, or if there were any examples of individuals harmed by regulators’ lapses.

Sisolak also announced that the board’s former executive director has resigned, and a spokesman for the governor said after the event that he planned to not reappoint several current members and instead appoint new members once their terms expire.

Under state law, the seven members of the board (six pharmacists and one member of the general public) serve three-year terms and are appointed by the governor, and can be removed by the governor “for neglect of duty or other just cause.”

In 2005, state lawmakers passed a bill requiring any wholesale seller of pharmaceutical drugs — the companies that sell drugs to retail pharmacies — to submit fingerprints as part of an overall background check before operating in the state. The law emerged over concerns about the proliferation of counterfeit pharmaceutical drugs.

As one of the state’s 31 occupational licensing boards, the state Board of Pharmacy was authorized to conduct the background checks and submit fingerprint records to the state’s Central Repository for criminal history records.

The fingerprint records — which cost applicants $40.25 each — are one part of the overall background checks that the board conducts on pharmaceutical drug wholesalers, who are required to submit other legal documents and fill out an application that includes questions on administrative penalties and criminal history. Both in-state and out-of-state companies are subject to the checks.

Sisolak said during the press conference that he was made aware of issues with the board in May 2019, and on the same day sent a letter to the board’s former chair issuing a moratorium on new wholesale licensees. He also authorized an investigation into fingerprinting requirements and how the board spent the fees on background checks that were never processed.

Togliatti said the initial investigation lasted months and is still ongoing, and credited the pharmacy board for working with state investigators to develop a “comprehensive and robust action plan” that is “mostly” completed at this time.

He added that the board in July provided DPS with the number of current wholesale licensees who had a subsequent background report conducted, how many of those may have been disqualified if a fingerprint card was submitted, financial information on where the fingerprint card fees was used and a timeline for the board to complete all background checks for current licensees. He did not provide those specific numbers to reporters on Tuesday.

Sisolak said that he then instructed the Executive Branch Audit Division to conduct an emergency audit of the board in August as a “complementary” review of the pharmacy board’s practices. He added that state auditors found the board was now in full compliance with the law, and requested the governor lift the temporary moratorium on eligible wholesale license applicants, return unspent fingerprint card fees to applicants and to allow auditors to continue their review and submit findings to the governor’s office every month — all suggestions that Sisolak accepted.

The audit report is considered confidential under state law and will be released at a public meeting in February 2020.

Sisolak also added that the Board of Pharmacy was not the only occupational board in the state that deserves an “in-depth review,” declining to name any boards specifically but promising that his staff would work in the interim period between legislative sessions to discuss “meaningful oversight” of state boards and possible “restructuring.” A recent state audit raised issues of procedural missteps and possible ethical concerns with the state dental board.

“Nevadans deserve better from their state boards, and as governor, I’m committed to addressing the larger issue at hand that has been ignored for too long,” he said. “In this interim before the next legislative session, my office will be working to determine any changes needed to ensure our state licensing boards operate responsibly, that they are not anti-competitive, and that they only act within the boundaries of their enabling statutes.”

Updated at 2:10 p.m. to correct the title of the pharmacy board staffer who resigned.