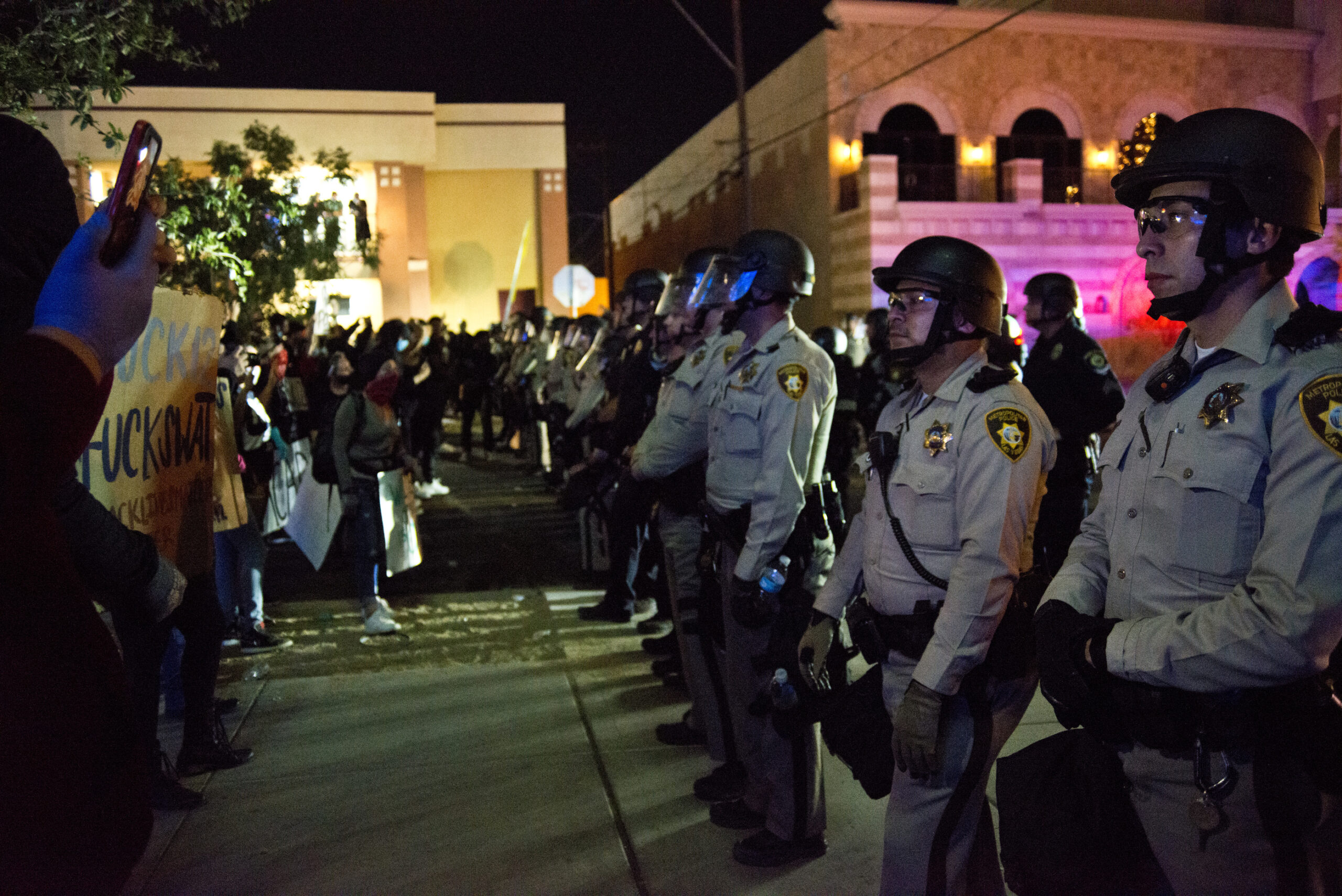 What started out as peaceful Black Lives Matter protests in Reno and Las Vegas took a chaotic turn Saturday night, with demonstrators smashing out the windows of Reno City Hall, facing off with police on the streets of downtown Las Vegas and prompting Gov. Steve Sisolak to deploy the National Guard to protect public property.

Saturday marked the second day of large demonstrations in Nevada following the death of George Floyd at the hands of Minneapolis police. Protests Friday led to some 80 arrests in Las Vegas and injuries to 12 police officers.

“I know our communities are reeling from the injustice and heartbreak,” Sisolak said in a tweet. “As I said today, we respect and defend the right to protest, but we need people to express themselves peacefully.”

But the fracas continued well into the night on Saturday, with videos on social media showing protesters setting a vehicle ablaze, breaking windows at small businesses and breaking into an ATM in Reno.

Police responded by deploying tear gas and shooting rubber bullets to clear protesters from the area .

In a downtown Las Vegas crowd estimated to number 1,500 to 2,000, protesters shouted at officers lined up to form a barrier and threw water bottles, while other demonstrators urged the throwing to stop. Officers rushed the crowd at times, pinning people to the ground and arresting them.

Here’s a look at the protests around the state on Saturday: