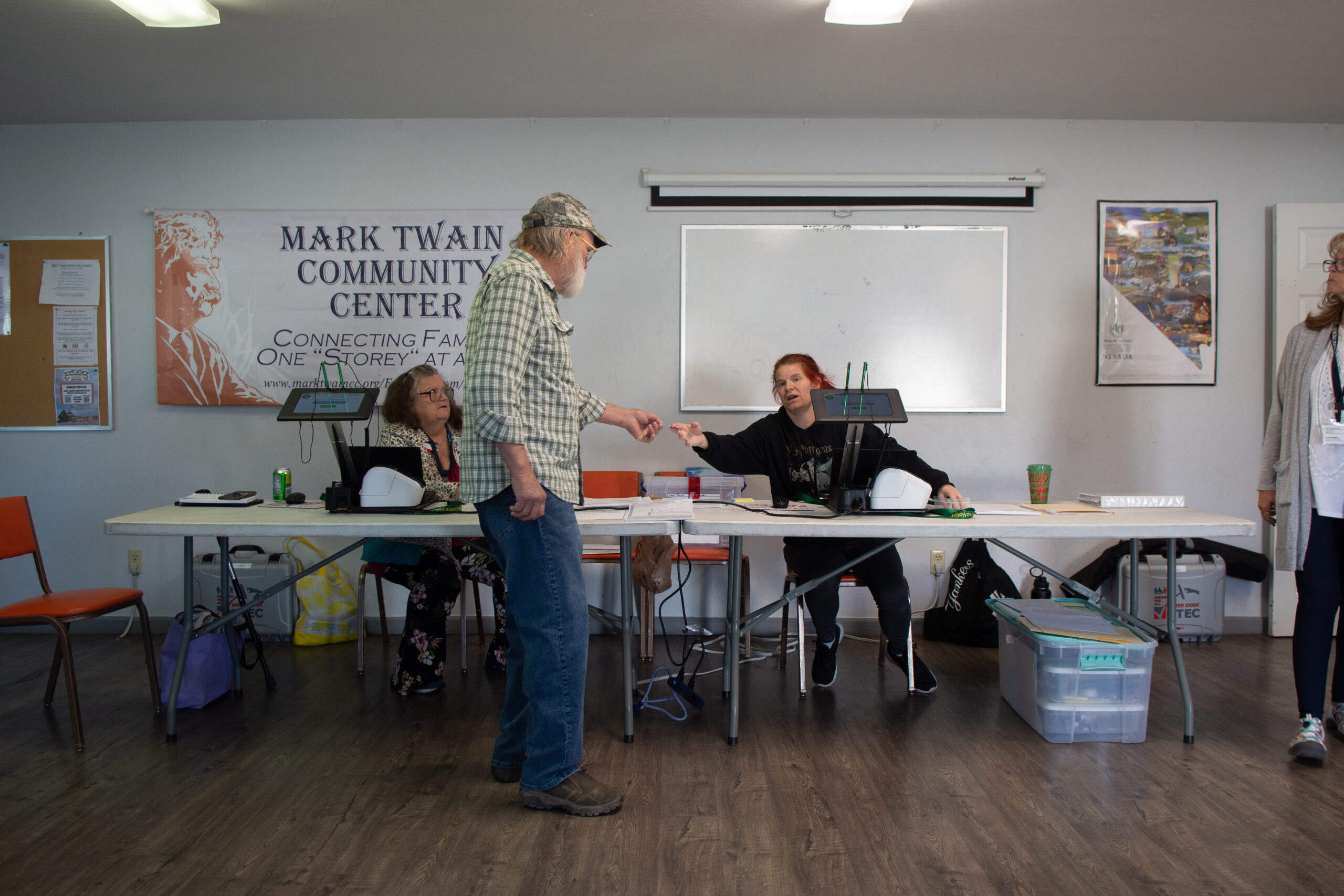 Primary Election Day came and went with little pizzazz — only a few snaking lines and no major snafus reported by the time polls closed Tuesday evening.

But for those who participated, the “I voted” stickers were out in full force, with design variations by county. Washoe County’s stickers featured a mountain landscape, for instance, while Churchill County opted for a patriotic red, white and blue theme with stars.

A sizable share of ballot-casting, however, occurred before the polls even opened Tuesday. Election officials said they had received roughly 260,000 ballots by mail or through in-person early voting ahead of the actual primary Election Day.

That didn’t stop canvassers from making a last-minute pitch to potential voters. The Culinary Union sent out more than 120 canvassers in Las Vegas early Tuesday morning.

Nevada’s primary races in this midterm election cycle included a number of competitive Republican contests, especially for governor and Senate, as well as a matchup between longtime Rep. Dina Titus (D-NV) and her progressive challenger, Amy Vilela, in Congressional District 1.

If an election cycle is a dramatic production of sorts, consider the primary the curtain-raiser, setting the stage for the general election in November. The Nevada Independent’s photographers fanned out across and captured the primary festivities on Tuesday — voting stickers and all: