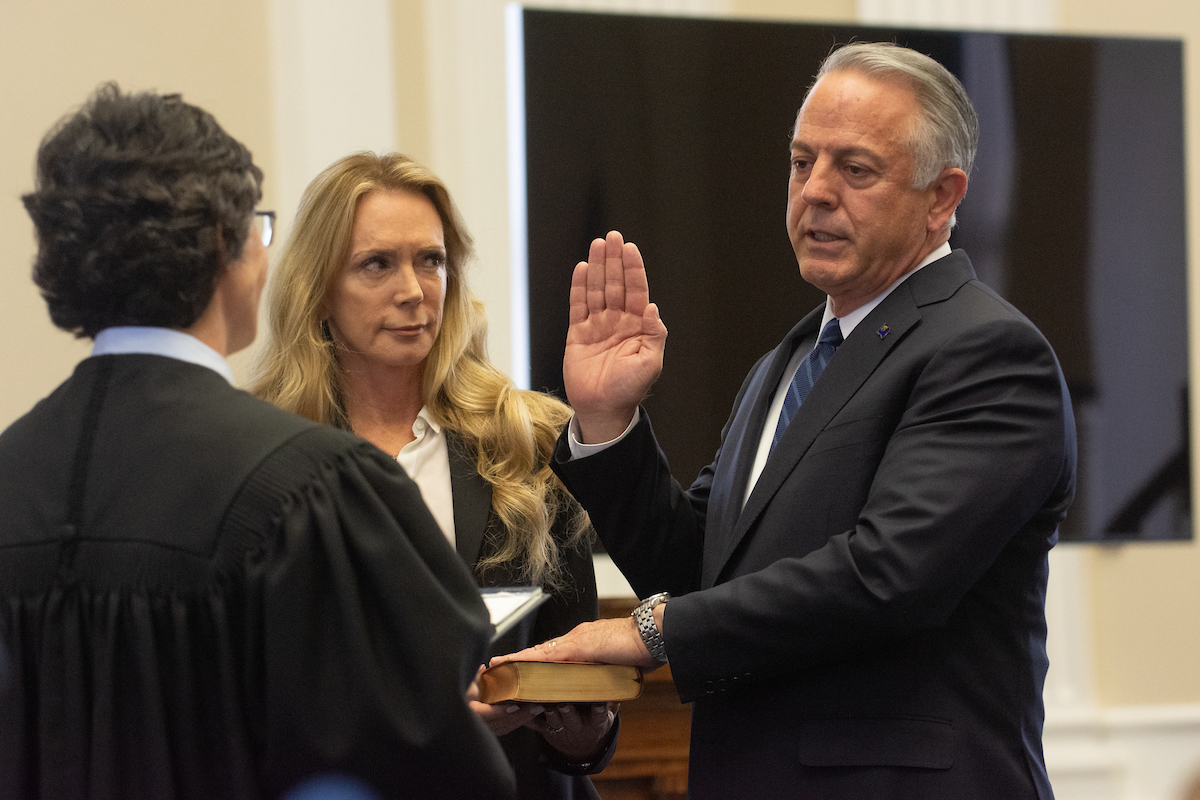 Monday marked the beginning of Republican Gov. Joe Lombardo’s first term as the former Clark County sheriff took the oath of office in front of friends, family and staff members in a private ceremony.

In a roughly 13-minute speech at the ceremony, Lombardo revealed the guiding principle for his administration: “The Nevada Way,” or a concept he said was “rooted in the notion that no challenge is so insurmountable that it cannot be solved.”

Photojournalist David Calvert captured the private and public inaugurations of the governor and constitutional officers as well as a separate swearing-in ceremony Attorney General Aaron Ford held in front of more than two dozen family members, friends, staff and journalists.

Scroll for images of the festivities.