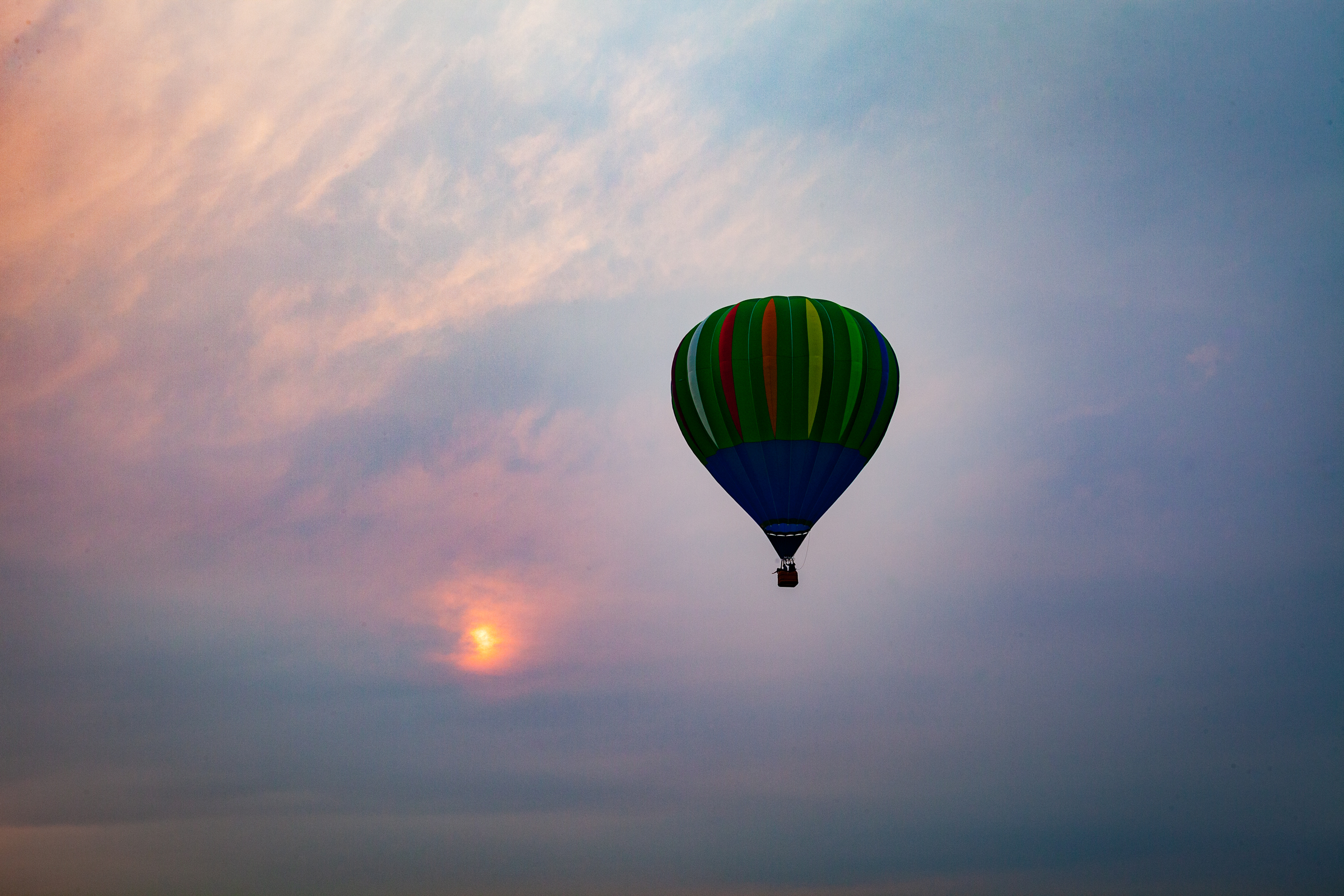 It’s a yearly tradition: Reno residents wake up bright and early in September, right as the weather starts to cool, and head up to Rancho San Rafael Regional Park, where hundreds of hot air balloons ascend above the city.

As the brightly colored balloons filled the morning sky, spectators marveled at their beauty during the three-day event spanning Friday, Saturday and Sunday. The Great Reno Balloon Race has been a community staple since 1981, when the event only featured 20 balloons. This year the gathering — billed as the “world’s largest free hot-air ballooning event” — brought balloons (and balloonists) from across the country. The balloons themselves came in all shapes and sizes — from the classic teardrop shape to more exotic ones in the form of Darth Vader or a blue armadillo, aptly named “Sheriff Airmadillo.”

With smoke from the Mosquito Fire settling into the Reno basin and worsening air quality, some feared the event might be canceled, but despite the smoke, the colorful behemoths took flight.

The “Dawn Patrol” followed, with eight balloons lining up, glowing and taking flight as the sun started to rise. Then the “Mass Ascension” occurred, as scores of balloons inflated, rose in the sky and competed in a race to drop a bean bag as close to a target as possible and fly near certain GPS coordinates.

Multimedia Editor Joey Lovato was at this year's event with his camera. Here are a few photos: