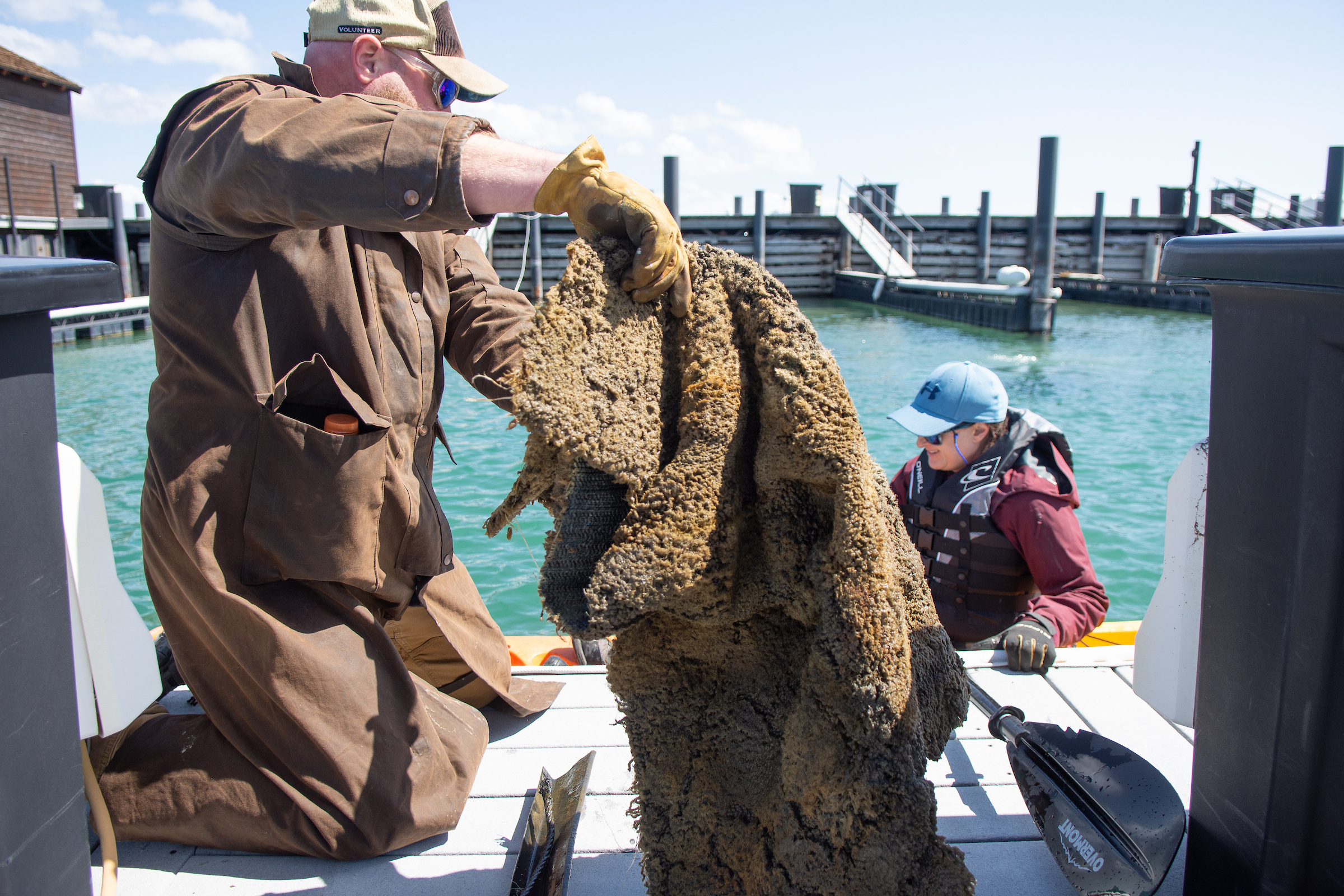 During a dive one day at Lake Tahoe, Colin West saw a large rainbow trout swim by and gobble up a piece of plastic. The fish immediately spit it out.

West is founder and executive director of Clean Up the Lake, a nonprofit organization that has been removing plastic and other pollutants from Lake Tahoe for a couple of years. He called the fish incident “tragic,” and he said it was a reminder that their work helps to protect wildlife.

“I feel like Lake Tahoe is within the grasp of saving,” he said. “I feel like we can really fix these mistakes of our past and preserve what we have for future generations.”

In 2021, Clean Up the Lake staff and volunteers began removing underwater litter from Lake Tahoe’s entire 72-mile nearshore area. The effort followed a pilot program the year before that involved the group clearing more than 2,000 pounds of trash from 6 miles of the lake.

The trash they unearth during dives is diverse to say the least: plastic bottles, broken boat parts, construction debris, rubber tires, beach towels. On one afternoon alone, divers recovered 950 aluminum cans from beneath the water, West said. During a recent cleanup at the Tahoe City Marina, the group pulled out roughly 1,050 pounds of trash, including big and small pieces.

West encouraged lake-goers to be more aware as they enjoy the recreation opportunities the water affords. The litter isn’t solely from people who willfully throw it in the lake.

“I would say the majority of the litter that we pull out of this lake is from human beings being present here over the last 50 to 100 years, and we just have an impact,” West said. “Accidents happen.”

West said the group expects to finish the 72-mile cleanup on May 10.

David Calvert, a photographer for The Nevada Independent, tagged along with staff and volunteers participating in a cleanup on April 20. Below are his photos capturing their effort. You can also listen to an IndyMatters podcast episode about it here.