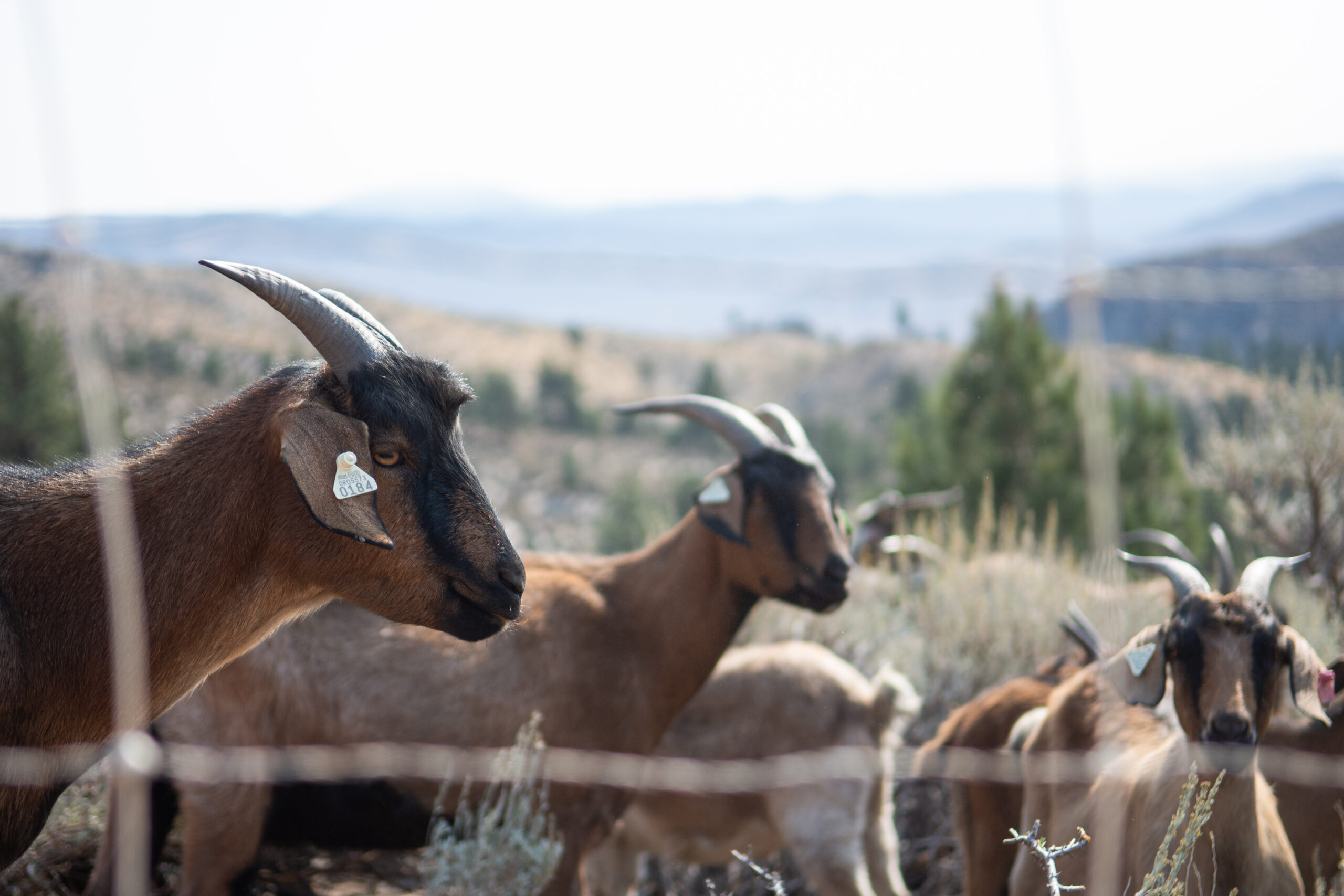 But this fire season, the Nevada Division of Forestry and NV Energy are using a different kind of fire prevention technology — a herd of more than 300 goats.

On Tuesday, the herd of one-to-three year old Spanish goats from High Desert Graziers in rural Smith Valley began their “firefighting” work of chewing up sagebrush, bitterbrush, manzanita and cheatgrass on a 100 acre plot of private property off of Highway 50. The area, in the mountains and hills between Carson City and Lake Tahoe, is considered to be at extreme risk of wildfire.

Sheep have been used for years to munch down on cheatgrass — a non native invasive species of grass that is easily ignited and contributes to the rapid spread of wildfire.

Once the grass dries, sheep find it to be unpalatable.

But that’s not the case for goats, and especially not for the herd of goats employed by the state and electric utility. They’re Spanish goats, with a lineage bred to allow them to eat essentially any kind of vegetation — including dried cheatgrass — with no ill effects.

State Division of Forestry representative Anna Higgins said this is the first time that the state has hired out a herd of goats for fuel reduction, typically using them for weed management in the past.

She said the goats can eat up to five to six pounds of vegetation a day, and can clear up multi-acre plots over the course of a week or two. The goats are typically confined to a smaller, three-to-five acre plot before moving on to another plot, a strategy called “targeted grazing.”

Mark Regan, a fire mitigation specialist with NV Energy, said the utility also uses (human) hand crews and heavy machinery to clear out areas near utility power lines, but goats were a useful tool in steep, hard-to-access areas and during hot and dry conditions.

Renting out the herd of goats costs around $1,000 a day, but Regan said the cost of a human hand crew can vary from $1,200 all the way to $10,000, depending on the size of the crew and what equipment they need.

Goats, however, already come equipped with their own fire fighting equipment — sharp teeth and tough stomachs.

“There's no way we'd get a hand crew of 300 firefighters or people working for a lower cost,” he said.