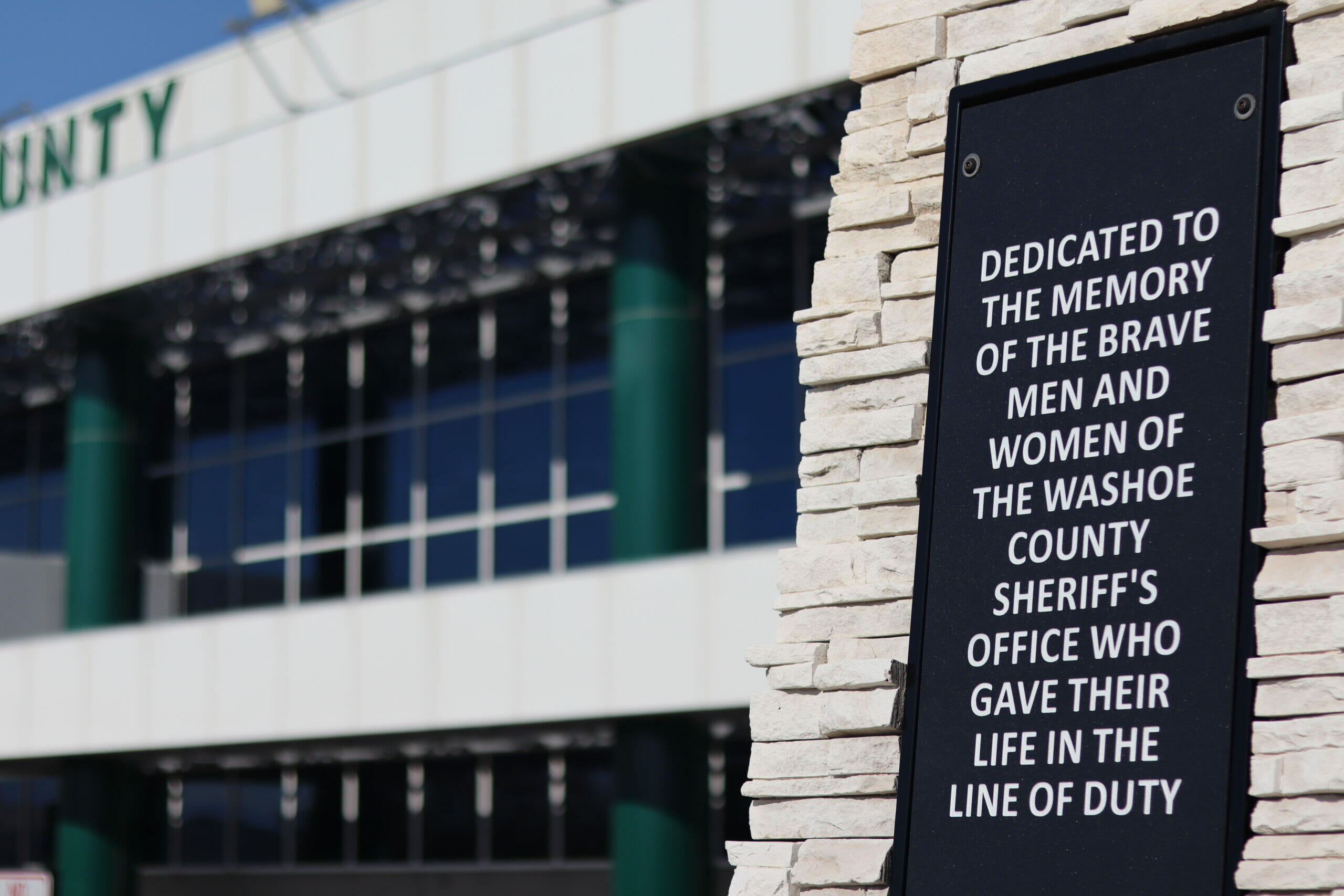 Washoe County Sheriff Darin Balaam and his staff are working to help veterans get out of jail and stay out by acknowledging their military service and building programs centered on their shared experiences.

Program coordinators have established there are nearly 60 veterans out of an estimated 1,085 inmates in the Washoe County Jail who may qualify to be part of the Veterans Barracks program. The program, which is scheduled to start in the middle of January, will focus on keeping veterans in their own specialized unit and offering them services to ensure they are successful upon their release.

"We'll start bringing in services every day,” said Balaam. “If they need insurance, they need housing, if they need addiction counseling, mental health counseling, or medication to stabilize them. We are going to bring that all into one housing unit and then we are going to start classes and start that structure."

The work that the Washoe County Sheriff’s Office (WCSO) is doing to prepare veterans for life after incarceration will be used as a model for other groups of inmates. With the additional resources available in the community that are veteran-specific, the jail can offer services in a concentrated manner to the veteran population and see if that resource-intensive approach works for inmates at large.

“The ultimate goal is to reduce recidivism amongst our veteran population in Washoe County,” said Sgt. Andrew Venn, who is part of the Inmate Management Unit at WCSO, in an interview. “The sheriff wants to engage with the community to establish the needs of the community and mirror that with the detention facility and see what we need as a community as a whole, not just what we need in law enforcement as police officers and deputy sheriffs.”

Balaam and his team have been working on the unit for the past few months and will create a separate housing unit similar to military barracks for veterans. The unit will have only veterans working together to replicate the camaraderie found among soldiers and gives them the opportunity to talk to each other without the separations between inmates usually found in detention centers.

The programming veterans will receive will make them aware of the resources available to them at the jail and when they get out. The jail is working with veterans services agencies including the Northern Nevada Veterans Resource Center (NNVRC) and the Veterans Affairs Reno Regional Office.

“We’re going to bring in very specific targeted programming just for those veterans, so the classes they’ll have available, for example, anger management, domestic abuse, substance abuse, and parenting are four major ones,” said Venn. “Those are classes that we offer them that they can go to and be in a more comfortable environment amongst just veterans.”

WCSO is also applying a psychological approach with the help of Deputy Shannon Aller, who has a degree in psychology and will use data collected by studying participants in the unit to build a model that could potentially be used for other groups in the jail.

“The reason that we’re doing that — not only for us as an agency to track recidivism and see what’s working, but to make sure that what we are putting in this unit is what they need,” Aller said in an interview.

Before the program was started, Venn was somewhat skeptical of an all-veteran unit. He has been a police officer for 15 years and also is a veteran.

At first, the veterans that were asked about the unit were in their own, separate groups. Once Venn introduced himself as a veteran and said he wanted to start a veterans unit, the change was instantaneous. They went from being standoffish and protective of their personal space to unifying under their shared identity as veterans.

“The idea of peer support came up almost immediately and that is not something you hear walking around a jail,” said Venn. “I asked [an inmate] ... can you share your food, can you sit at the same table’ and they said, ‘We’re veterans first.’”

The veterans unit at WCSO is similar to other veterans units across the country but is run completely independent of the units at High Desert State Prison outside of Las Vegas and Warm Springs Correctional Center in Carson City. They all share the goal of reducing recidivism among the veteran population and bringing specialized programs to veterans before they leave.

According to a Bureau of Justice report, more than 180,000 veterans nationwide are in state and federal prisons and local jails and were formerly incarcerated prior to serving their current sentence. Close to half of all veterans in prison and jail have been told by a mental health professional that they have a mental disorder, and veterans who were in combat are more prone to mental health issues than non-combat veterans, the report shows.

In Washoe County, the sheriff’s office is partnering with Truckee Meadows Community College to offer continuing education for inmates along with representatives from Reno Job Connect, who visit biweekly to start preparing inmates for a job search once they get out.

The prison unit itself is not like a boot camp where drill sergeants yell at inmates and the focus is primarily on physical training. The new setting will include correctional officers who are also veterans, keep a familiar environment like the military and focus on programming that will take up participating inmates’ time from Monday to Friday.

“You did a great thing for our country, we’re going to do a great thing for you by giving you these resources and we’ll let you get back to who you should be,” Venn said about the message the agency wants to send veterans. “We’re going to give them a place to go, a job plan, transitional housing, and a contact.”