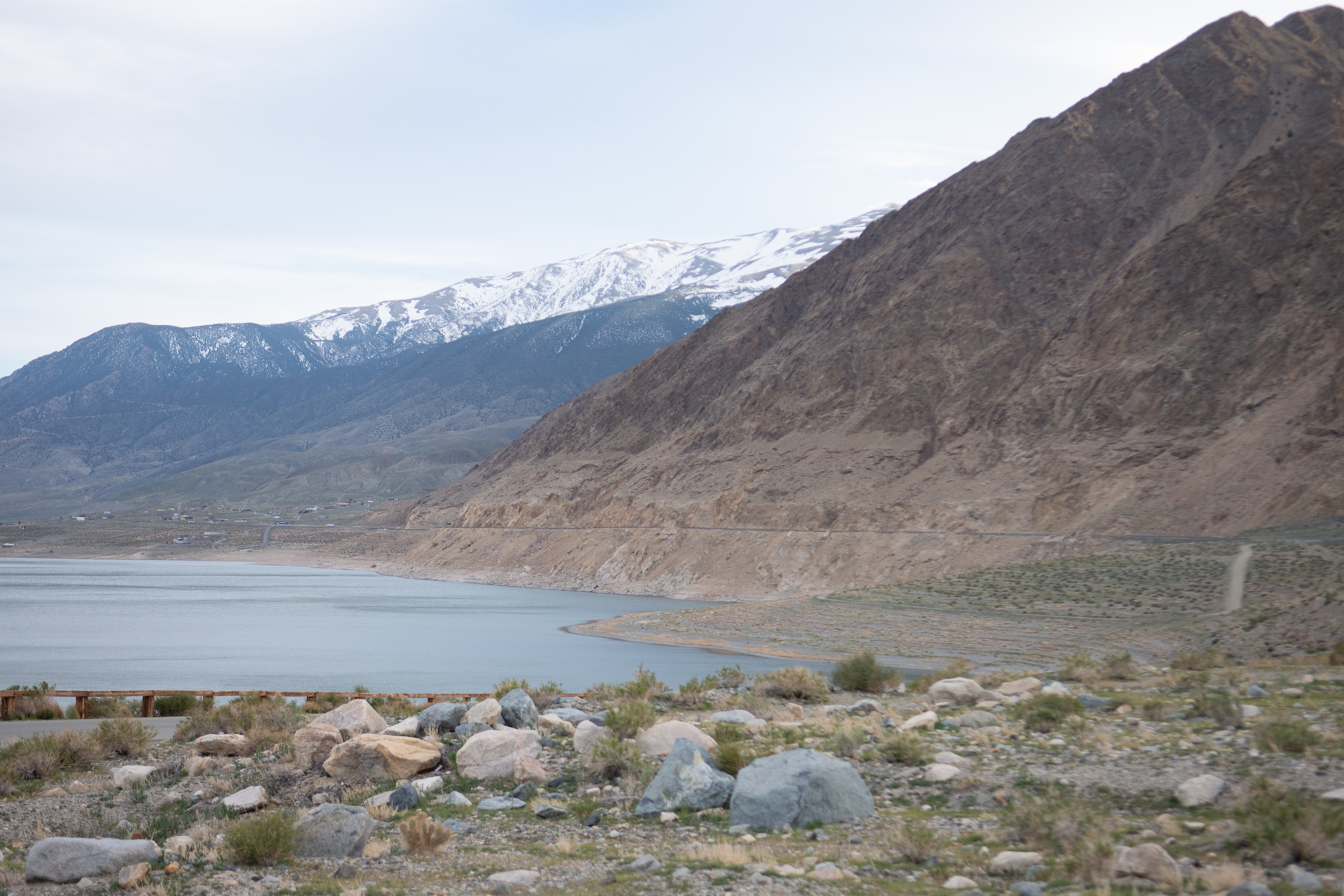 A company is seeking federal permits to construct new reservoirs in the mountains above two Nevada desert lakes in an attempt to harness hydropower and provide stability to an increasingly renewable electricity grid. But the projects’ water consumption and new reservoirs have raised concerns in the basins, where historic water diversions have already diminished the two lakes.

Mineral County, with a case to restore Walker Lake pending before the Supreme Court, plans to intervene in a federal regulatory process because it is worried the proposed project could affect the amount of water in the lake. The Walker River Paiute Tribe shares the county’s concerns. A new reservoir in a canyon of the nearby Wassuk Range could conflict with sacred cultural sites.

“Anything that takes water out of that lake causes us concern,” said Sean Rowe, the district attorney for Mineral County, which has long seen the lake as an important economic resource.

The reservoirs would store water — and power.

They would operate similar to a large-scale battery. During days when solar panels feed more energy into the grid than utilities want to buy, the projects would use the excess power to pump water from Walker Lake or Pyramid Lake into the newly constructed reservoirs. Once there, the water would sit as a giant pool of potential energy. When demand for power increased at night as solar production waned, the water could be released downhill and run through a power plant.

Premium Energy Holdings suggest that both projects could generate about 2,000 megawatts of power for about 12 hours. (For reference, Los Angeles has a 7,880 megawatt electric capacity.)

Over the past decade, utilities across the West have deployed more renewables, mainly solar and wind. Unlike the coal and gas plants that fueled the 20th century, those new resources are intermittent. Solar runs when the sun is shining. To fully decarbonize, utilities must find a way to capture that energy for use at night. To do this, many utilities have started to couple solar arrays with storage batteries. Premium Energy Holdings wants to do the same thing with hydropower.

“We're going to solar,” said Victor Rojas, the company’s managing director who formerly worked at the Los Angeles Department of Water and Power. “We're going to wind. We're getting away from fossil fuels. But then what is going to happen at night? Somebody has to fill the vacuum.”

As for concerns about the water leaving Walker Lake, Rojas noted that most of the water would be returned in a closed loop system. He said his company would make the lake whole for any water that was lost to seepage or evaporation by purchasing water. The project, by pumping water in and out of the lake, would account for a roughly one-foot fluctuation in its elevation.

Yet in its quest to build the uphill reservoirs, the company already faces an uphill battle.

Acquiring water in Walker Basin would set up the company in competition with an environmental group, the Walker Basin Conservancy, which has spent years acquiring water rights from willing farmers. Their goal is to keep more water in the river so that more water ends up at the lake. In the past, diversions have changed the lake’s chemical composition and destroyed fish habitat. By keeping more water in the river, the conservancy hopes to raise the lake and improve fish habitat.

“The proposed project alternatives would all utilize Walker Lake as a reservoir while the lake elevation is already too low to sustain wildlife, including fish and waterfowl,” Jeff Bryant, the conservancy’s executive director, wrote in comments last week to the federal commission.

Bryant added that the “applicants must be able to demonstrate that the project will not result in even a temporary drop in lake elevation or result in an increase in total-dissolved-solids.”

The commission approved a notice for the preliminary permit, allowing groups and jurisdictions to begin commenting on the project. Rojas said the project is still in its infancy, and he plans to meet with concerned parties. A preliminary permit would give Premium Energy Holdings the ability to license the project and conduct feasibility studies. It would not permit construction.

“It’s not a permit to do anything yet,” he said. “[It’s] just to investigate, analyze, meet and confer.”

But Amber Torres, the chairman of the Walker River Paiute Tribe, said the company should have reached out to the tribe before it submitted an application with the federal commission.

Torres is concerned that the proposal could undermine progress to restore Walker Lake, the namesake for the tribe, which called themselves Agai Diccutta, or trout eaters. Moreover, she is worried the proposed reservoirs could be sited in land that is culturally-significant for the tribe.

“Everyone always seems to think we can come in at the very end,” Torres said.

Although most of the comments have been filed on the Walker Lake project, the company submitted a similar application with the federal commission, proposing a similar hydropower project at Pyramid Lake. That project would be in the Pyramid Lake Paiute Tribe’s reservation.

Alan Mandell, the tribe’s vice chairman, said he was familiar with the project proposal as one of the parties that noticed in the application. The tribe, he said, has yet to consider the project.

Rojas said that in addition to helping transition to renewable energy, both projects could benefit the local economies. He said that the company chose those locations because of the amount of water available, the proximity to transmission lines and the necessary mountainous topography.
By connecting to the California grid, the power could be marketed to Los Angeles or other regional utilities. Los Angeles operates a similar project at a Southern California lake.

Rojas said that no projects will move forward without community buy-in. The company, he said, intends to work with groups to address any environmental, social and economic concerns.

“Nothing will happen if [it’s] not with the consensus of stakeholders,” he said.