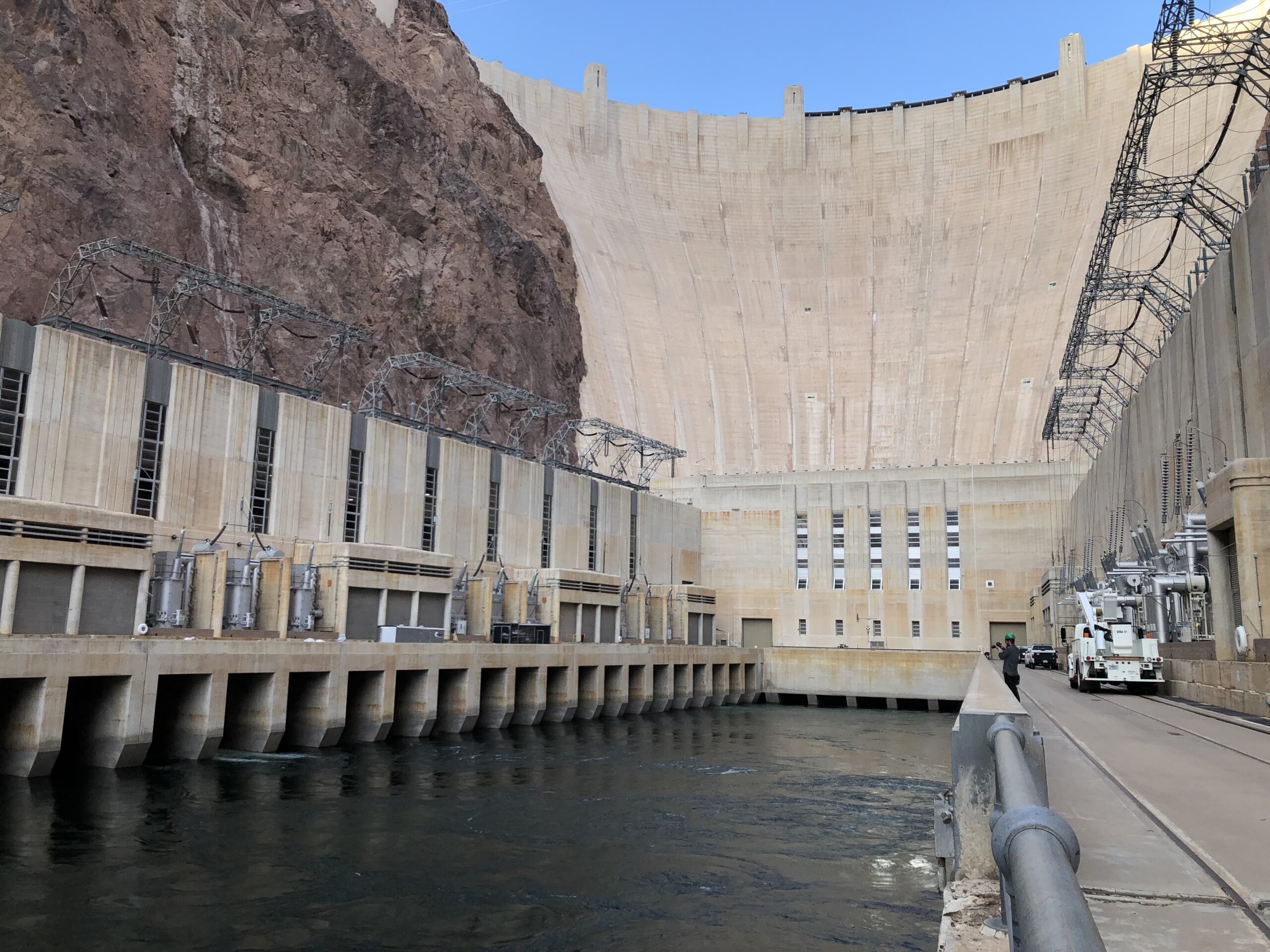 Nothing is easy on the Colorado River.

For months, the Los Angeles Department of Water and Power (LADWP) has been pitching a $3 billion project to store solar power at the Hoover Dam, an ambitious infrastructure to support waning Colorado River hydropower, but one that will likely face significant regulatory hurdles.

About six months ago, LADWP presented the concept, first reported by The New York Times on Tuesday, to groups across the Southwest that receive power from Hoover Dam, including the Colorado River Commission of Nevada, which manages the states hydropower contracts on the river.

During an 18-year drought in the Colorado River Basin, the amount of water stored at Lake Mead, the reservoir created by the dam, has dropped significantly. As a result, hydropower production has decreased by about 25 percent, according to federal water managers.

The LADWP project, still a broad concept, could help boost the amount of power that is produced at the Hoover Dam. The project proposes to add at least 500 megawatts of potential output at the dam beyond what it is currently producing, said Sam Mannan, the project manager for LADWP.

It could also solve another problem for the Western energy grid: storage.

From Wyoming to California, developers are sending more wind and solar to the grid. The issue is that both resources are intermittent — solar panels and wind turbines only generate electrons when there is sun or wind. The result is that solar and wind are not always available when daily energy demand peaks, a period that often starts in the late afternoon and runs into the evening. Absent solar and wind, grid operators usually turn to more conventional natural gas-fired plants.

That would all change with efficient storage. If there were an economic way to store solar produced during the day, it could be used to provide a renewable source of energy during peak demand as the sun sets in the evening.

And LADWP sees the Hoover Dam as part of its storage solution. The idea involves building a pump station and a pipeline that could cost about $3 billion.

Los Angeles Mayor Eric Garcetti told The New York Times that the proposal is part of the city’s push to move toward a 100 percent renewable portfolio.

Under the plan, LADWP would build a pump station downstream of Hoover near Lake Mohave, which is held back by the Davis Dam near Laughlin and Bullhead City in Arizona. LADWP, which purchases solar from the Copper Mountain Solar field in Boulder City, would use excess solar produced during the day to pump near Lake Mohave back to the Hoover Dam. Federal water managers at the Hoover Dam would then release the extra water to produce renewable hydropower at peak demand when the energy is most valuable.

For energy grids across the West, hydropower already provides a form of storage. Since power is created when water is released, power production can be coordinated with water operations to target certain hours of the day. In that way, Hoover and many other dams can operate like massive grid batteries.

But the LADWP plan faces a number of challenges.

There are complicated procedures that govern water releases out of Lake Mead, the Colorado River’s central water bank and the largest manmade reservoir in the United States. Similarly difficult are the strict rules that dictate the 50-year contracts for power from the Hoover Dam.

“One core challenge is that all of the competing interests on the Colorado Basin are very carefully balanced by all of the agreements that have been put in place and the negotiations that have gone on for the last century,” said Peter Gleick, who studies water issues as the president emeritus of the Pacific Institute. “It's not easy now to add any infrastructure or to modify the way the river system is operated without affecting someone's existing interest.”

Cities and utilities throughout the Southwest get their power from the Hoover Dam. Nevada receives an allocation of about 23 percent of the power produced by the dam. Arizona gets a similar portion of the hydropower, but the majority of the power goes to California entities. Los Angeles gets about 15 percent of the power generated off of the dam. It’s unclear how excess power produced through a project like pump storage would be divided up among the users.

Users of Hoover Dam power have to pay for costs and maintenance, so if pump storage raised costs, that is one issue that might have to be sorted out. At the same time, it’s possible that others could potentially buy into the pump storage project, help finance it and reap some of the benefits.

When LADWP presented its concept to other power users, it said the goal was to have no negative impact on current power contracts and potentially bring benefits to the users.

“The biggest issue is operational,” said Jayne Harkins, who oversees Nevada’s contracts as the executive director of the Colorado River Commission. “How does this change the operation?”

As a federal dam, the Bureau of Reclamation runs the Hoover Dam. Reclamation, part of the Department of Interior, plays a key role in managing water in the West. Questions remain about how a pump project would affect the way the bureau manages releases of water from Mead.

The agency has yet to take a position.

“While we are always looking at ways to improve power production and the efficiencies of our facilities, not enough information is available at this time for Reclamation to have a position either for or against the LADWP proposal,” Patti Aaron, a spokeswoman, said in an email.

But water and power users are not the only interests on the Colorado. Environmentalists worry possible changes in flows could affect critical habitat for the bonytail chub and razorback sucker.

“There are numerous endangered species which rely on the current flow regime of the Lower Colorado River,” Patrick Donnelly, state director for the Center of Biological Diversity, said in an emailed statement. “I would expect the need for detailed Section 7 [Endangered Species Act] consultation and potential mitigation to be a significant component of any permitting process.”

Mannan, who is managing the project for LADWP, said the utility is taking these concerns into consideration and said the project would be designed so as not to impact water users and flows that sustain crucial species habitat.

"Water is the first thing we are taking into consideration," he said.

In addition to the Bureau of Reclamation, LADWP will likely have to get permits from federal land managers. Most land around Lake Mead and Lake Mohave, where a pump storage could be sited, is managed by the National Park Service and the Bureau of Land Management.

The Los Angeles utility has a long history in the Nevada energy world. It used to co-own the Mohave Generating Station, a coal-fired power plant in Laughlin. Now the municipal utility purchases solar in Boulder City and 150-megawatts of geothermal from Northern Nevada.

“I'm not opposed to this idea,” Gleick said. “I think that there are a lot of unanswered questions that need to be answered before a complicated project like this can move forward.”

Disclosure: Patrick Donnelly has donated to The Nevada Independent. You can see a full list of donors here.