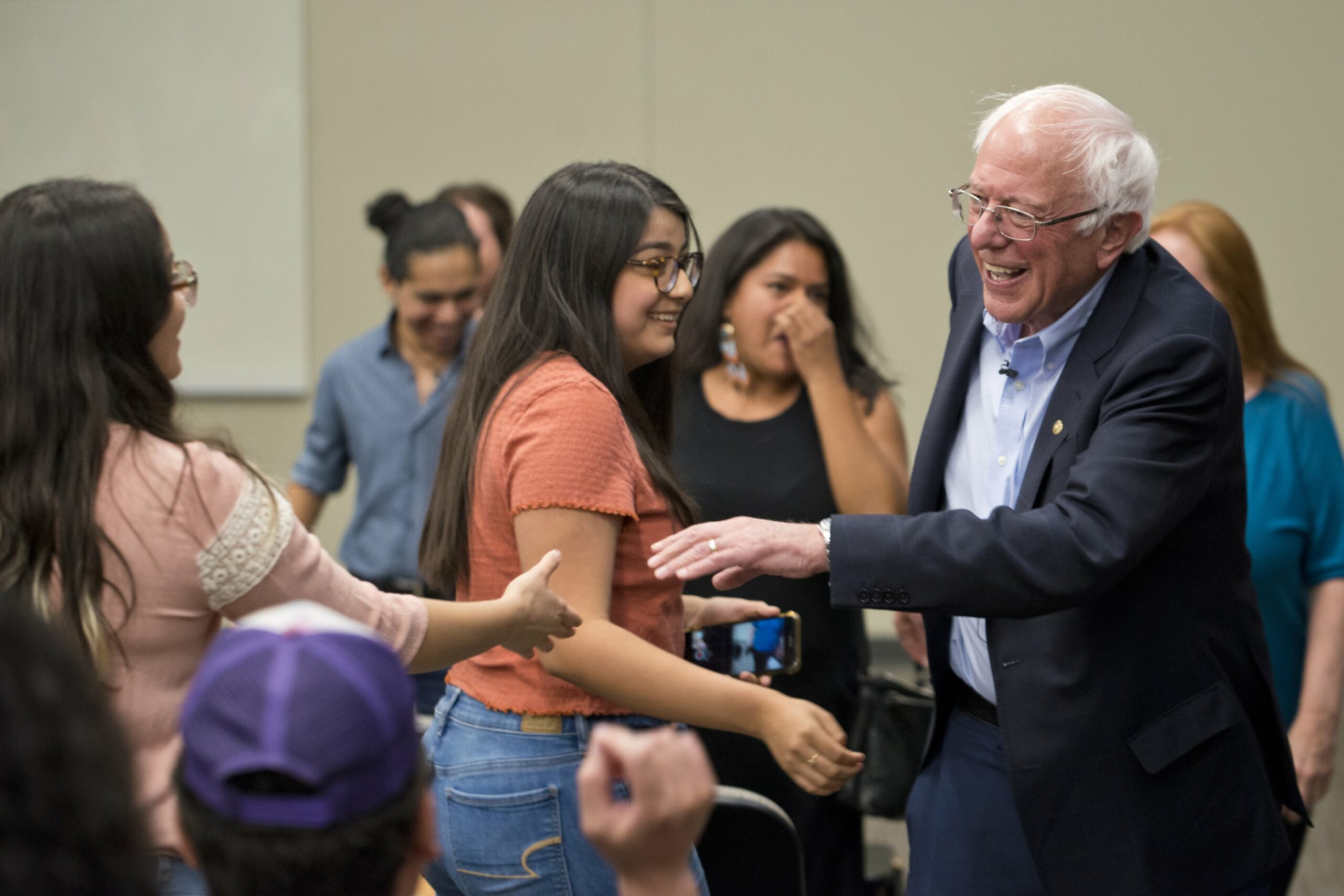 Bernie Sanders was released from the hospital Friday afternoon, and his campaign confirmed he had a heart attack.

Reid told me via text that he spent a half-hour with Sanders at Desert Springs Hospital, where the Vermont senator has been recuperating since he became ill Tuesday evening. Sanders, who had two stents inserted to improve blood flow, was forced to miss a gun safety forum in Las Vegas the following day, and his campaign said Thursday that it expected him to fly home this weekend.

“We had a terrific visit,” Reid texted. “He has always been one of my favorite senators. He was there with his wife Jane and 3 of my former staffers.”

Faiz Shakir, a former Reid staffer, is Sanders’ campaign manager, and the senator also has hired Josh Orton and Ari Rabin-Havt, who worked for Reid.

In a follow-up later, Reid texted, "He truly looks good."

Reid has been afflicted with pancreatic cancer, undergoing renewed treatments in recent weeks, and is confined to a wheelchair. But he continues to keep a busy schedule, including two recent events at UNLV, and was headed to the College of Southern Nevada after his chat with Sanders.

Sanders has been at Desert Springs, which calls itself “The Heart Hospital,” since Tuesday but his campaign has released little information about his condition except a couple of boiler-plate statements, including one from his wife. His campaign originally said he did not have a heart attack, but then walked that back.

“He’ll take a few days to rest, but he’s ready to get back out there and is looking forward to the October debate,” Jane Sanders said in the release.