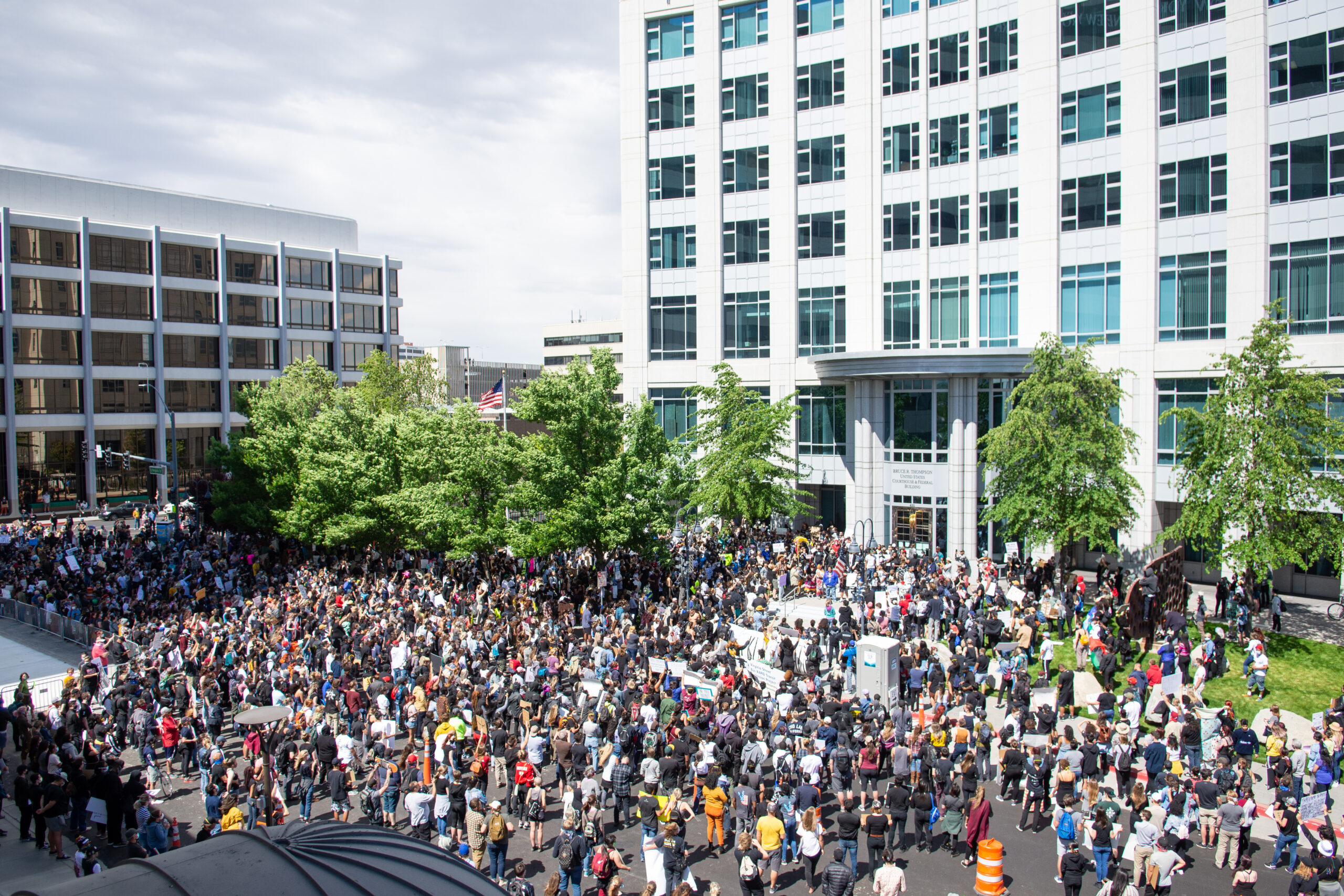 After protests that ended with demonstrators breaking into City Hall and starting a fire, Reno Mayor Hillary Schieve announced a curfew for the state’s largest city in Northern Nevada.

The mandatory curfew, announced on Twitter, went into effect immediately, as of 7:18 p.m. In an interview, Schieve said that she spoke to Gov. Steve Sisolak and that the National Guard would be on hold to provide assistance to the city. A press release from the city said that there would be “a heavy police presence in downtown Reno throughout the night.”

We in the City of Reno will not tolerate any excessive use of force by our police department or anyone else for that matter. I want to make that abundantly clear. We absolutely support peaceful protesting in the City of Reno..(1/3)

Effective immediately, we have instituted a curfew for the City of Reno. Citizens are advised to stay indoors and avoid public gatherings. Peaceful protest and the right to assembly are sacred. Violence and destruction are not. (2/3)

Emotions are high and many in our community are in pain. But I implore our citizens to channel this energy into the true fight: social justice, equality, and accountability. We love our city and all who live here. (3/3)

The move comes after demonstrators broke into City Hall Saturday evening, where there were reports of a fire, according to multiple news reports. Lucia Starbuck, a reporter with KUNR, recorded video of the demonstration and posted it on Twitter.

“We fully support and will protect every citizen’s right to peacefully protest and exercise their Constitutional rights here in Reno,” Jason Soto, police chief and acting city manager said in a statement. “Unfortunately, today we've seen the actions of a few overshadow what was otherwise a peaceful day of demonstration in The Biggest Little City. We will remain vigilant and focused on effectively serving the public safety needs of our Reno and Washoe County residents.”

Protests against police violence erupted in cities around the country after George Floyd was killed at the hands of cops earlier this week in Minneapolis. Schieve said “there are no words to describe what” happened to Floyd. Schieve said her actions were to protect public safety.

“We can always replace property,” she said. “We cannot replace people.”