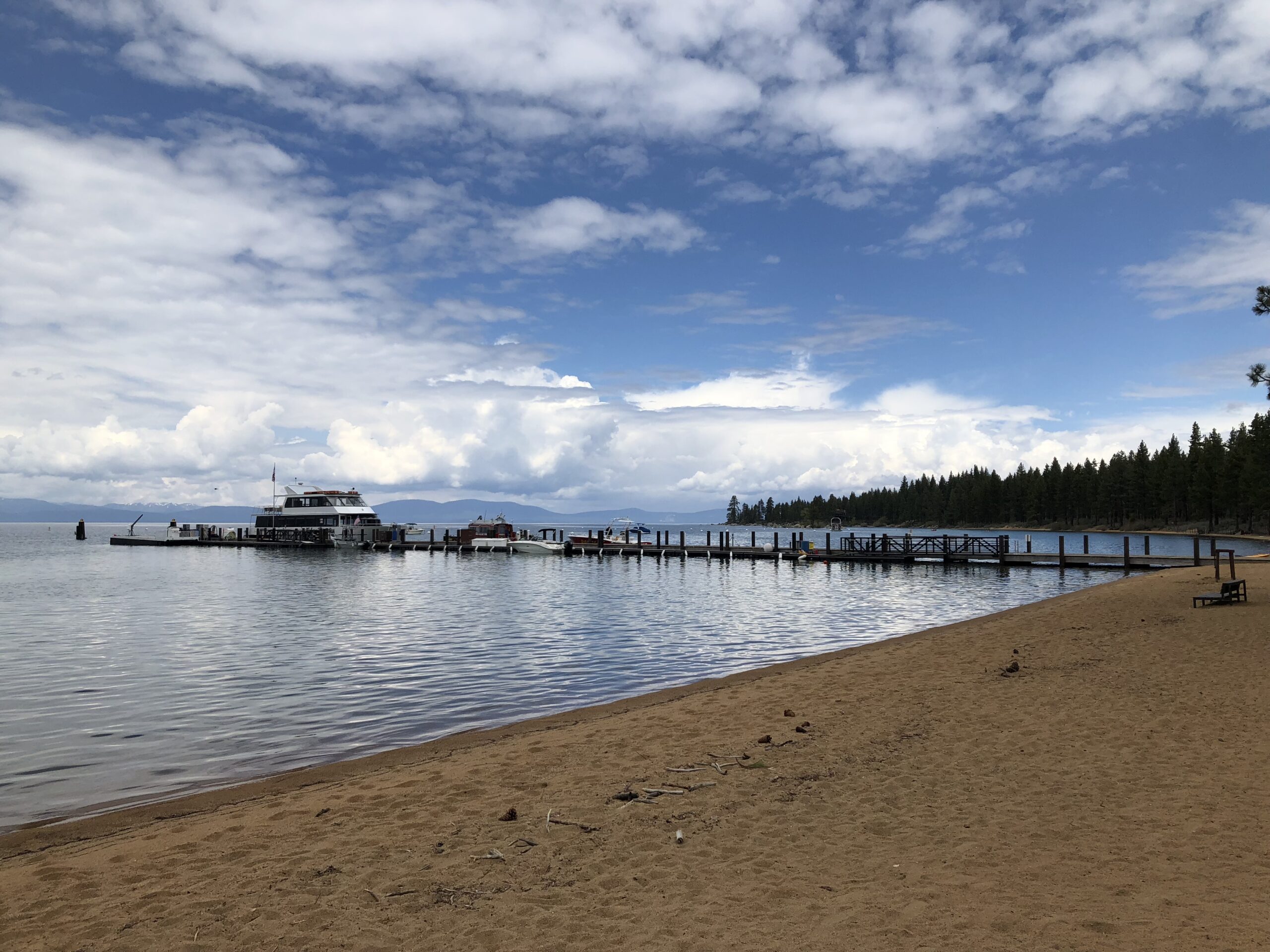 In an annual report released this week, U.C. Davis researchers found that climate change is adding new pressure to the Lake Tahoe ecosystem. The “State of the Lake Report” found that surface temperatures in July 2017 were the warmest on record, more than 6 degrees hotter than recordings from 2016, a trend likely to continue as air temperatures are predicted to rise.

He said that in the decades to come, Tahoe can expect to see more extreme years that reflect more volatile weather, disrupting the way the lake has self-regulated its ecosystem in the past.

The report noted that researchers are still studying “the impact of these changes on the lake and the other aquatic resources,” but Schladow noted that warming water could create a hole for more invasive species, reduce oxygen levels and release nutrients that fuel algae growth.

“Warmer water, especially close to shore, changes the conditions for all species to grow,” he said. ”As the lake gets warmer, you are actually opening up niches for invasive species.”

Lake Tahoe, at a maximum depth of 1,645 feet, is the second deepest lake in the country, covering a 191 square-mile area and filled by 63 streams, including the Upper Truckee River. The hydrology of the Lake Tahoe Basin plays a significant role in determining flows into the lake.

According to models included in the report, precipitation is expected to increase slightly but overall, less snow is projected to fall because of higher temperatures. The report suggests that air temperatures could rise in the Tahoe Basin by seven to nine degrees over the century. In addition, changes in weather patterns could affect the environment surrounding the lake.

The report suggests that the soil around the lake will be drier, adding pressure on the forest ecosystem, making the trees that line Tahoe more susceptible to disease, infestation and fire.

In 2017, due to what Schladow described as the strange timing of back-to-back weather events, the lake dropped to the lowest water clarity on record. He said tons of sediment and nutrients, carried by streamflow, entered the lake after heavy precipitation ended a five-year drought. That timing, he said, led to an unprecedented increase in clarity, which has now normalized this year.

But clarity could be a harbinger of what more extreme years look like in the future.

“2017 highlighted the reality that extreme climatic and hydrologic events will become more common in the future,” the report noted. “The adequacy and the extent of present monitoring and predictive capabilities need to be reviewed and upgraded. It is these extreme years that can provide the information most needed to plan future restoration and infrastructure projects.”

One concern is changes to the timing of when the lake warms and cools. Warmer water makes it more difficult for lakes to self-regulate their ecosystems through a process known as mixing. In this process, warmer water on the surface mixes with deeper, colder water, bringing oxygen to the bottom of the lake. Not only is oxygen important for the survival of aquatic species, it is also important to balance the lake’s chemistry and avoid the build-up and release of other nutrients.

In recent years, with longer warm periods and shorter cold periods, Schadlow said mixing has not been occurring on the normal time scale. And as a result, phosphorus and nitrogen have been accumulating toward the bottom of the lake. When they are released, they could have a negative impact on algal growth, and in turn, the lake’s clarity, a priority for water managers.

The bi-state body of water attracts thousands of visitors to California and Nevada every year. The management of development around the lake falls to the Tahoe Regional Planning Agency, which oversees a bi-state compact that enforces certain environmental standards. For groups involved in Lake Tahoe, a big emphasis has been placed on clarity in the recent decades.

The report found that while many efforts to improve clarity have focused on land-use planning, focusing on the ecology could also protect the pristine “blue” color of the lake. It cited a pilot project in Emerald Bay that helped double water clarity by removing an invasive shrimp.

But more research is necessary to locate and quantify the Mysis shrimp. The pilot research project, which started in 2011, is being extended through 2020. It is being funded by the California Tahoe Conservancy and the Nevada Division of Environmental Protection.