Reports of childhood abuse and neglect drop during March, but officials and advocates worry about underreporting 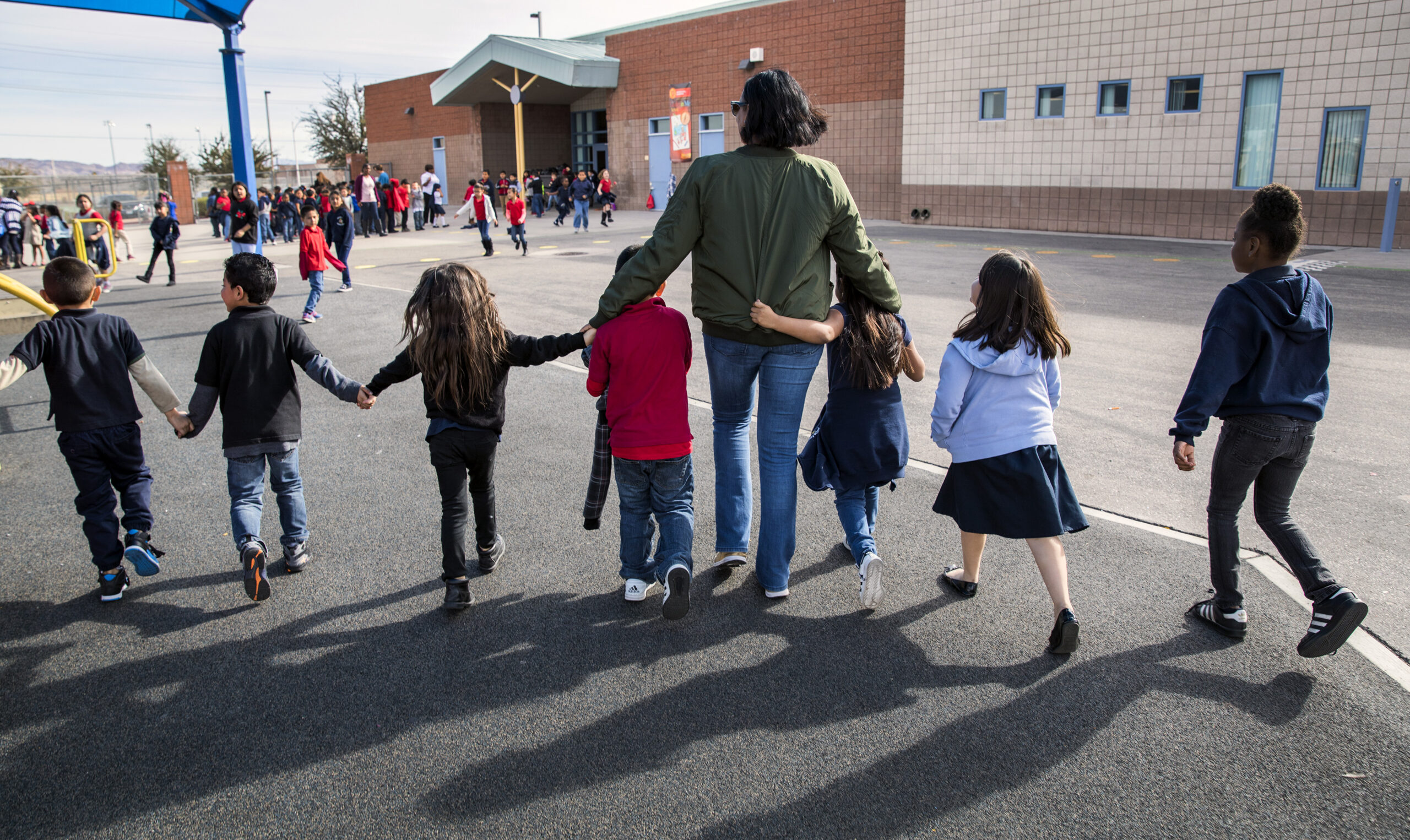 When the Churchill County School District could not reach a family with a non-verbal special needs student, Sean Lacow packed a box with toys, worksheets and other materials she would usually have at school.

He then drove to her family’s double-wide trailer, placed it in front of the door, and the two smiled and waved at each other from opposite sides of the window. Shortly after his visit, the parents of the girl got into contact with her teachers.

Lacow, a safe school professional with the district, has been doing home visits to low-income and at-risk residents struggling with COVID-19’s economic fallout. As part of his rounds, he checks on families and provides them with food, internet hotspots, school books and other resources.

“One reason why I like to do deliveries is so I go to these houses when I’m giving their food, I’m scanning the situation,” he said. “‘What am I seeing? What am I hearing?’ and all that stuff. Just using my trained information that I’ve had through all my experiences and see if there’s any situation.”

With school buildings shut down through at least the end of the academic year, children are interacting with fewer adults who are on the lookout for signs of abuse and neglect. The state has received 14 percent fewer reports this March than 2019 — a trend experts think is not because there is less abuse during a time of great economic hardship and emotional strain, but because of underreporting.

The decline in child abuse reports comes even as law enforcement agencies report an increase in domestic violence calls.

For his part, Lacow uses his visits to educate families about resources in the community through churches and social services agencies, including Child Protective Services.

“People might think that they’re just going to take the kids away, and that’s not what they normally do,” he said. “That’s like the last effort that they do, but they have way more services and deeper pockets than the school district.”

Reports of possible child abuse or neglect usually come from schools, doctors or extended family members, many of whom are no longer seeing one another in-person because of the pandemic, Sullivan said.

Officials evaluate reports to see whether an investigation needs to take place. On average, Washoe County receives 7,000 reports per year, but only investigates 2,000 of them.

A county spokesperson said that in 2019, Clark County had 29,928 referrals and 11,754 investigations. Some of the cases that were not investigated were connected to ongoing cases or investigations.

Comparisons of referrals reporting potential abuse in March from 2017 to 2020 from the Department of Health and Human Services Office of Analytics show that the state received 14 percent fewer reports this March than in March 2019.

Referrals from schools in March decreased by almost half compared to previous years, but referrals from other sources, including neighbors, law enforcement and medical providers, remain at similar levels.

Stephanie Cook, the supervising child advocacy attorney for Washoe Legal Services, said that reports are vital because children are generally less equipped than adults to report abuse or seek out safety.

“It’s great that there’s all this attention to victims of domestic violence,” Cook said. “Unfortunately, what I haven’t seen as much is the emphasis on children who might be in an abusive or neglectful situation being the silent victims of this pandemic and not having the ability, like an adult might have, to reach out and call a hotline or leave their home.”

Both Clark County and Washoe County are expecting an increase in reports after the pandemic is over, which could place stress on caseworkers and staff.

Ryan Gustafson, a director of Washoe County’s Children’s Services Division, said that increases in caseloads after school breaks such as winter and summer vacation are routine and staff members are prepared.

“A lot of our clients who have mental health needs, and a lot of our therapists are still doing appointments via telephone or FaceTime, but again, how successful can those sessions be in comparison to in-person therapy?” she said.

Another fear for advocates is foster children living in large group homes. Karen Taycher, the executive director of Nevada PEP, a nonprofit working with families of children with disabilities, pointed out that children living in close quarters can lead to the coronavirus quickly spreading.

Gustafson acknowledged the issue and said that although Washoe County attempts to reduce the number of children living in group homes and tries to have one to two children per household, sometimes group housing is inevitable.

Dan Kulin, a spokesperson for Clark County, said he has not heard any complaints about group homes and that children in foster homes are considered members of the family.

Since the pandemic began, Sullivan said he has been conducting child welfare and adoption hearings via video-conferencing, and if the courts have an influx of cases in the future, then courts will meet the demand perhaps through longer calendar days or more hearings per day.

Cynthia Lu, a family court judge in Washoe County, said that Washoe County courts are still having emergency hearings, and families are calling into the courtroom by phone or video chat.

She explained that Nevada receives federal funding based upon timely decisions made by the court. Without hearings and the resulting court decisions, the state would lose money that goes toward costs of foster care placements, reunifying families, supporting foster children and other programs.

In anticipation of the increased strain placed on courtrooms, the Nevada Court Appointed Special Advocates (CASA) Association called for more volunteers in a press release last month. The association provides children in the foster care system with a trained volunteer who serves as a voice for a child’s needs in the courtroom and remains in contact with a child until a permanent home is found.

Jane Saint, the executive director of the CASA Association, told The Nevada Independent that the need for volunteers representing children was high before the pandemic. She added that financial strain is correlated with increased rates of abuse, and because Nevada’s economy has been hit hard by the virus, she expects that need to grow.

Last year, the organization helped match 1,233 children across the state with advocates, but 3,967 children were still left without one.

The organization is moving volunteer training online because of the pandemic, and she hopes that it will help bring more volunteers on board.

“The need is always there,” she said.

Since the crisis began, CASA volunteers have been reaching out to children through letters, phone calls, or video conversations, sometimes even driving by their foster children’s houses to wave.

Lisa Coruzzi, a CASA volunteer, said that she has been calling and video-chatting with the foster children she is paired with regularly, and that the calls are going well.

“I’d always prefer the face-to-face. I think they open up a bit more during car drives and those transition moments or while they’re eating some food,” Coruzzi said. “You don’t get the full spectrum of engagement, but you’re still meeting the need of like, ‘hey, I’m someone who’s checking on you, and I care about you, and I’m still here.’”

Even though Cook said she has also been using telephone or Zoom to stay in contact with children she represents, she is afraid some children might not feel comfortable discussing sensitive topics within earshot of their foster parents.

In one instance, she said that she arranged an in-person meeting with one of her teenage clients, being careful to maintain CDC-recommended social distancing.

“That way some of the concerns that this particular client had about the foster home, they felt more open to being able to discuss because they weren’t in the foster home, where all of our kids are required to be staying,” Cook said.