Researchers say climate change is making the atmosphere thirstier — and increasing the danger of wildfire, drought 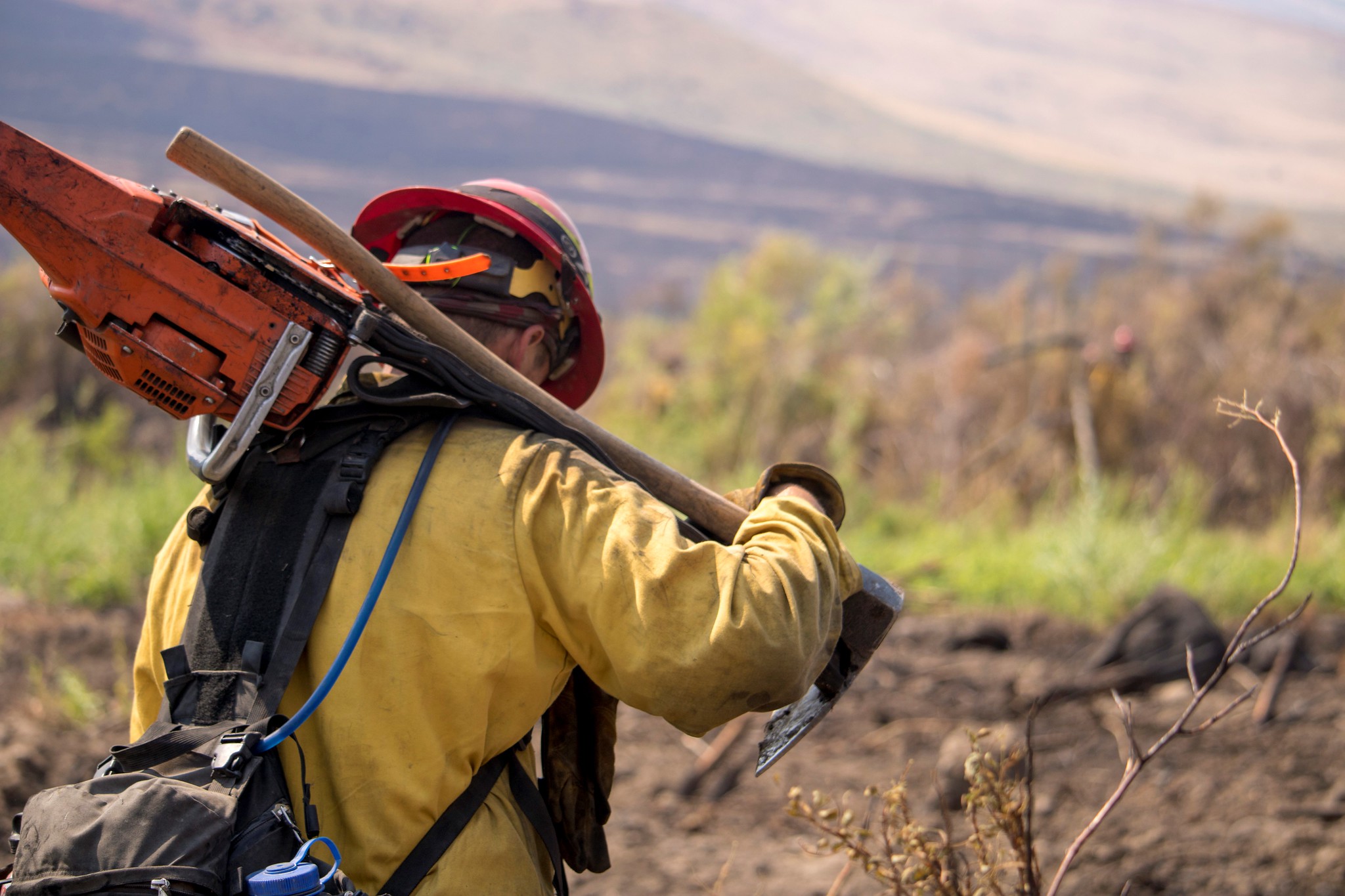 We talk about it a lot: Across the Southwest, human-caused warming is changing the way that water falls as snow or rain, creating uncertainty around the regional water supplies we rely on.

Yet precipitation tells only one part of the story. Climate scientists expect another less-discussed variable to increase the risks of wildfires and droughts in Nevada and California over the coming decades. That variable is known as “evaporative demand,” and it’s effectively a measure of how thirsty the atmosphere is — the extent to which the atmosphere is trying to evaporate water.

That all might sound technical, but evaporative demand has real-world consequences. In a new paper, Nevada and California researchers showed how greater atmospheric thirst, mainly driven by warming temperatures, could have major implications for drought and wildfire risk.

“We saw this steady increase in evaporative demand through the end of the century,” said Dan McEvoy, a researcher with the Desert Research Institute and Western Regional Climate Center.

What McEvoy and the paper’s co-authors found was that greater seasonal evaporative demand — a roughly 13 to 18 percent increase by the end of the century — could dry out the landscape, creating conditions that are likely to increase the danger of intense fire and multiyear droughts.

Recent fires have already been linked to extreme days of evaporative demand. Those extreme days are expected to increase, the paper found, and that could result in more wildfire danger.

McEvoy said the results showed “steadily increasing extreme days.” By the late century, from 2070 to 2099, the paper forecasted a four to ten-fold increase in the number of extreme days.

The paper, published in Earth’s Future last month, helps to fill in a gap around predicting the effects of climate change across the state. Drought involves both precipitation trends and evaporative demand. But as the state’s newly released climate strategy explains, there remains a degree of uncertainty around how climate change will affect precipitation. That’s not the case when it comes to evaporative demand, which has risen in Nevada over the past four decades.

Julie Kalansky, a co-author of the paper and a researcher based out of the Scripps Institution of Oceanography at the University of California, San Diego, said both variables must be weighed.

“When you think about drought just as the lack of precipitation — and without the evaporative demand — you are missing a relatively large piece of the puzzle,” Kalansky said in an interview.

The paper is predictive, but it can be valuable for planning today, researchers said. Fire, land and water managers could, for instance, work to include projections for future evaporative demand into planning about how to adapt to climate change in Nevada and in California.

Kalansky said a one takeaway from the paper was that “this drying of the landscape is really important to think about and consider in terms of planning for future adaptation and resiliency.”

As with other research into the effects of climate change, the paper primarily uses a model that assumes continued greenhouse gas emissions, what is sometimes referred to as a “worst-case scenario” for climate change. But cutting overall emissions could make the effects less extreme.

McEvoy noted that researchers ran the numbers through a lower-emissions scenario. While the increases in evaporative demand were less extreme, they were still significant. The conclusion, McEvoy said, is the atmosphere is getting increasingly thirsty, and policymakers should prepare.

No military expansions on public land — at least for now: The final language of the National Defense Authorization Act excludes controversial proposals to expand two military bases onto hundreds of thousands of acres of public land, including the Desert National Wildlife Refuge. In language released last week, Congress did not grant the military the requested land, which met opposition from Native communities, environmentalists, hunters, recreationists and the Nevada Legislature. But the fight over the proposed expansions might not end here. Congress directed the Navy and Air Force to work with tribes and state officials to find a “mutually-agreed upon” expansion. Jacob Fischler, reporting for The Nevada Current, has more details on it.

Investigating Tiehm’s buckwheat destruction: “The September destruction of thousands of Tiehm’s buckwheat plants, an incredibly rare desert wildflower that lives only in a small portion of Esmeralda County, has been ‘strongly linked’ to ground squirrel damage,” writes John Sadler for the Las Vegas Sun. But conservationists are skeptical of how conclusive the finding is, given conflicting reports on the destruction and our knowledge of plant and mammal interactions. I’m working on a feature on the science around this issue — and its significance — for next week.

A green industrial park? The Reno Gazette Journal’s Jason Hidalgo writes about an effort to develop an industrial park in Churchill County with the goal of having a carbon-neutral footprint. “The initial phase involves building a 20-megawatt, zero-carbon footprint data center that will initially use a mix of renewables and natural gas,” according to the story. “By its second phase, TerraScale expects the cost of development to reach $1 billion as it expands to 100 megawatts.”

Appealing a solar project: At least two conservation groups — Basin and Range Watch and the Western Watersheds Project — are appealing a solar project near Pahrump, Dara Sokolova reports in the Pahrump Valley Times. They argue that the Yellow Pine Solar Project, approved by the U.S. Bureau of Land Management, could harm Mojave yucca and the desert tortoise.

The mining industry appears to be gearing up for a fight over taxes in the Legislature.

Lowering the forecast for Lake Mead: “Record and near-record low flows on the Upper Colorado River this summer and fall have dramatically and abruptly worsened the outlook for the entire river and the Central Arizona Project over the next two years.” Tony Davis reports for the Arizona Daily Star on the effects of a dry year that has left soils parched across the basin.

"Look at this field of lichens!" Excellent story in the Arizona Republic by Amanda Morris on desert biocrust, threatened by human activities. “Biocrust looks like regular dirt to an untrained eye, but it is often described by researchers as the living skin of the desert. It helps reduce dust in the air, fertilize the soil and may have other important roles in the desert ecosystem.”