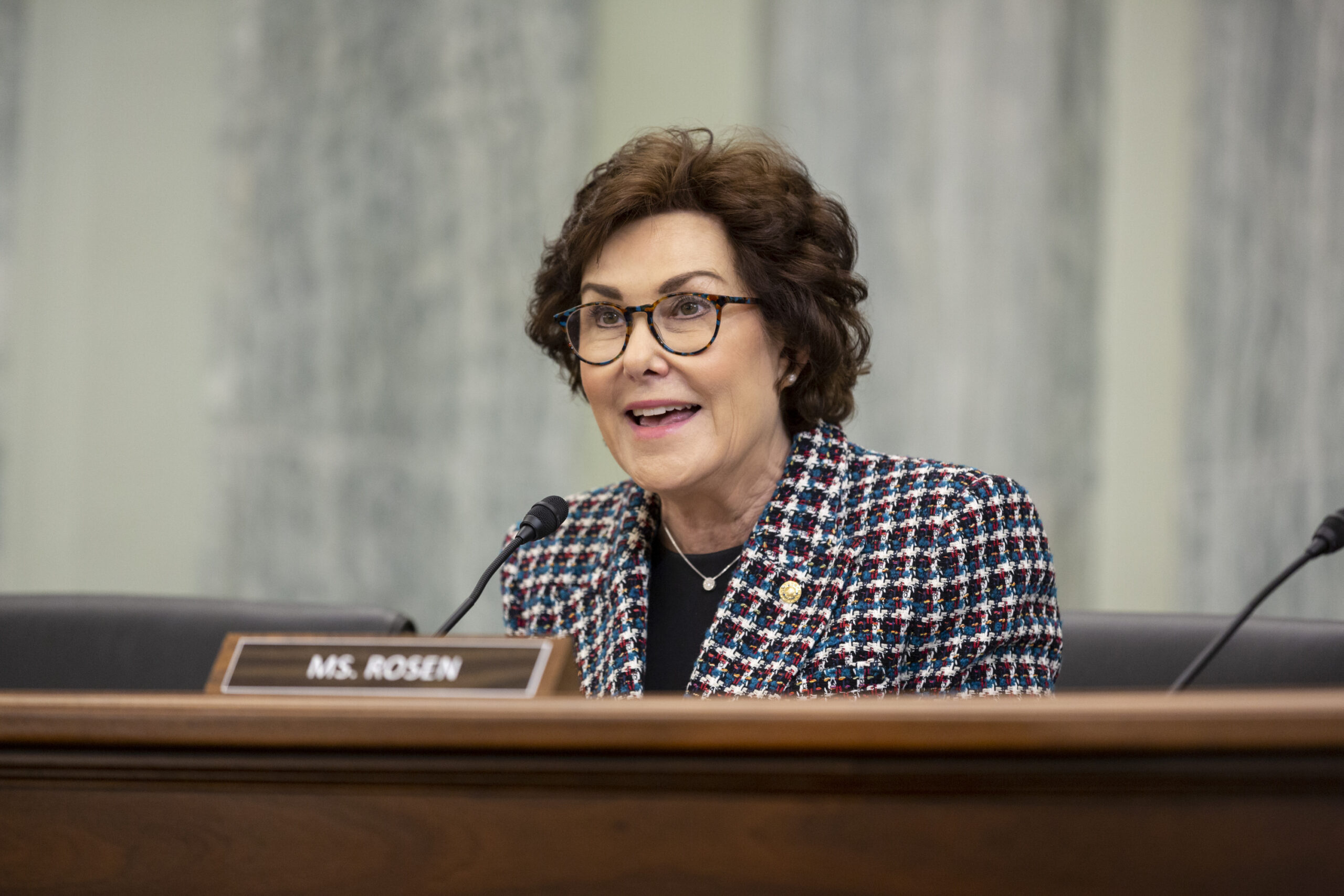 Congress has created a new position focused on developing a federal strategy to increase tourism in the U.S. and study the effects of the pandemic on the industry in its annual spending bill.

The Omnibus Travel and Tourism Act, sponsored by Sen. Jacky Rosen (D-NV), was first introduced over a year ago. The bill was included in the omnibus appropriations bill passed by the Senate Thursday, and is expected to pass in the House of Representatives Friday.

Rosen’s bill will create a position in the Department of Commerce to coordinate industry strategy and authorize studies and the collection of new data. Introduced on a bipartisan basis with Sen. Roger Wicker (R-MS), leaders in the embattled tourism sector cheered the bill’s inclusion in the must-pass omnibus spending bill.

The measure also creates an Assistant Secretary of Commerce for Travel and Tourism to bring industry leaders together, create recommendations for ways to boost travel and tourism across the federal government, and study the effects of the pandemic to better prepare for future disruptions. Titus said such a position exists in peer nations around the world.

“We are the only country in the G20 that doesn't have a Cabinet-level position that's focused on tourism,” Titus said in an interview. “People don't appreciate how much travel and tourism contribute to the economy – in jobs, in tax revenue. It's always kind of an afterthought.”

In an interview, Rosen said the need for such a position became obvious in the early months of the pandemic, when Nevada’s unemployment rate hit a state record of nearly 30 percent. Such a leader could give strategic thought to how the government can best invest in the industry across its many agencies, from infrastructure funding to labor regulations to the visa and immigration systems, she said

“What we realized we need to do going forward is really have someone who wakes up every single day and focuses on a national strategy for tourism,” Rosen said.

The new assistant secretary will be charged with establishing annual goals for the desired number of international visitors to the U.S., the monetary value of the tourism they bring and recommendations for how to achieve them. That includes directives for what other agencies and Congress need to do, such as ensure the country permits enough foreign workers to meet labor demands or modernize airports to improve the travel experience.

He or she will also facilitate hosting international conferences and sporting events in the U.S.

The assistant secretary will engage in similar work for domestic travel, with a particular eye toward new collection of state-level volume, spending and workforce data.

“Data tells a story if you're smart enough to listen to it,” Rosen said, citing the need for more information on length of travel time, mode of travel and destination. “We want to put our resources where the data may tell us we need it.”

Another area of focus for the new assistant secretary will be learning from the pandemic. The travel and tourism industry is still recovering from months of shutdowns. While Las Vegas’ 2022 visitor volume is up 23.5 percent from 2021, according to the Las Vegas Convention and Visitors’ Authority (LVCVA), both volume and hotel occupancy lag pre-COVID numbers from 2019.

On the labor side, Nevada’s unemployment rate has fallen from that staggering 28.2 percent high in April 2020 down to 4.6 percent in October, according to the Bureau of Labor Statistics – a marked improvement, but still trailing the 3.9 percent figure from October 2019. And unemployment numbers in the hospitality sector continue to lag the general rate, stubbornly continuing to hover near 6 percent.

The new assistant secretary will be charged with preparing a short-term report on the pandemic’s effects on the industry, including how it affected minority communities and different regional economies, and an annual forecasting report. That person will also develop a longer-term recovery strategy with both industry resilience recommendations and governmental assistance ideas for future emergencies, ranging from wildfires and floods to terrorist attacks to another pandemic.

“If you drove down the Strip – which is part of my district – it was like the Twilight Zone, with everything shut down,” Titus said about the early days of the pandemic. “So maybe we can figure out how to get ahead of the issue and be more prepared for it.”

The assistant secretary will be aided by an advisory board, whose membership will include leaders from companies and organizations throughout the travel and tourism industries serving two-year terms. He or she will also work with Brand USA, the public-private partnership tasked with marketing the U.S. as a premier destination for international travel.

Intrinsic to the Travel and Tourism Act’s bipartisan appeal – likely a factor in its inclusion in the omnibus spending bill, which Senate Republicans helped negotiate – is the importance of tourism to each state’s economy, and the overall boon to the national economy of maintaining a strong tourism sector. Groups including the U.S. Travel Association, the American Hotel and Lodging Association, and the Global Business Travel Association cheered the bill’s inclusion in the omnibus.

Given that the Nevada economy’s reliance on tourism and travel is more significant than most states, the LVCVA, Travel Nevada, the Reno-Sparks Convention and Visitors Authority (RSCVA) and other local groups supported the bill.

“The tourism industry was one of the sectors most impacted by the pandemic, and it still hasn’t fully recovered,” Charles Harris, president of the RSCVA, said in a statement. “Senator Rosen’s bipartisan Omnibus Tourism and Travel Act would help bring this industry back to its full potential and will also sustain the future of travel to and throughout the U.S.”

Both Rosen and Titus also said the bill would benefit workers in the tourism and travel industries, both by investigating strategies to keep their jobs secure and inviting the input of labor leaders in relevant sectors.