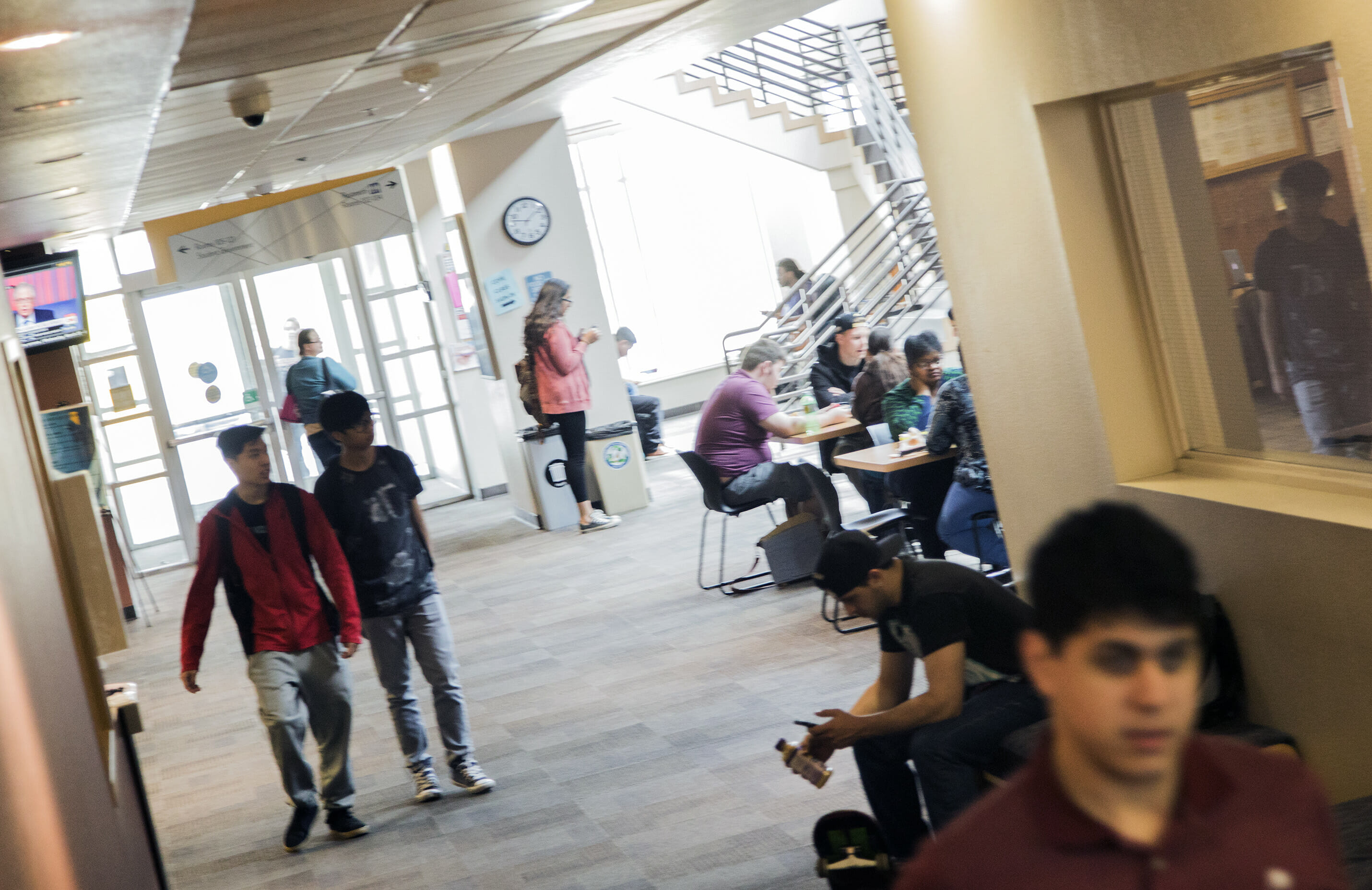 Fernando Benitez wanted to be a mechanical engineer when he started college in 2017, but after taking courses part-time for one year, found out that his undocumented status would prevent him from obtaining a license to work in that field.

“It’s really hard sometimes when you have an opportunity in front of you and you think you can get it, and you go for it and then at the end of the day, they say they need a Social Security number,” Benitez said. “Sometimes it’s hard being undocumented because you lose your hope.”

Benitez, now a student studying culinary arts at the College of Southern Nevada, shared his background and experiences with higher education on Tuesday at a roundtable with other students, administrators and presidents. The roundtable, which took place at NSHE administrative offices in Las Vegas and was moderated by Chancellor Thom Reilly, discussed how Nevada’s colleges and universities could support their Deferred Action for Childhood Arrivals (DACA) and undocumented students.

Reilly gave a summary at the end of the roundtable acknowledging the shared goal of placing designated staff at each institution for admissions, guidance and career counseling to provide accurate information for the DACA and undocumented portion of their student bodies. DACA protects immigrants from deportation who were brought to the U.S. as children and allows them to obtain work permits.

He added that institutions need to improve coordination with school districts so that undocumented high school students can receive college and financial aid application assistance to move onto higher education. Most scholarship applications require the student to submit a Free Application for Federal Student Aid (FAFSA), which requires a Social Security Number. Because undocumented students do not have an SSN, they have fewer options for financial aid.

Nevada State College offers an alternate form for undocumented students to apply for financial aid. According to Vincent Nava, coordinator for community engagement and diversity initiatives at NSC, students who do not have citizenship or residency can apply for institutional aid via NSC’s internal financial aid application.

“The internal financial aid application is an application that we're trying to [implement] at every institution,” Nava said. “What it does is, they ask just like FAFSA what is your family income, what do you make, how many people are in your family and they give you aid based on that. But [the internal application] aid is institutional and state-level, so it’s not coming from federal money.”

When colleges and universities have not provided these services, several nonprofits have stepped up to provide them.

Benitez immigrated with his family to the United States from El Salvador when he was 10 years old in 2010, three years after the deadline to qualify as a DACA recipient. After adjusting to a new school and learning to speak English, Benitez said he started acting out in middle school and might have given up on an education if not for support organizations such as Leaders in Training.

The nonprofit supports first-generation college students by giving them leadership and career development opportunities. Benitez joined the organization as a freshman in high school and said it provides emotional support and an avenue to give back to younger first-generation students.

“We help high school students understand the college application process,” Benitez said. “Take trips to colleges, show them you can do things, take them to events where important people are, connect them with people — these are some things we do and [that’s] the reason why I’m still going.”

A nonprofit that focuses on the undocumented community, Dream Big Nevada, was another organization weighing in on the roundtable.

“I think, unfortunately, we need to have a count of how many undocumented students are at each school, because there’s no way for us to know what sort of population we’re helping if there’s no numbers,” Silva said.

Julien Calfayan, a student government senator at CSN, told the roundtable participants that one of his primary issues is not getting paid through the college’s payroll system for hours worked. Where colleagues in his position received hourly pay, he said he could not because the system would not accept his Individual Taxpayer Identification Number or ITIN, which is often used by undocumented immigrants instead of a Social Security number.

Calfayan, who is also the chair of the bylaws committee at CSN, proposed an amendment to change the college’s bylaws to allow students like him to receive hourly wages in the form of a stipend that would be paid each semester.

“My amendment was personally signed off by [CSN] President [Federico] Zaragoza right after the NSHE roundtable meeting,” Calfayan said on Wednesday in a follow-up email, adding that the amendment was on its way to his campus’ senate for approval.

In closing comments, Zaragoza told Silva that he agreed there needs to be more information about the DACA and undocumented students that NSHE aims to help.

“It’s important to understand that the undocumented group is much larger than the DACA group,” Zaragosa said. “I do think that’s an issue that needs to be addressed at the system’s level.”

The Supreme Court is scheduled to hear oral arguments on Nov. 12 in Regents of the University of California v. Department of Homeland Security, a case that is pending before the Ninth Circuit Court of Appeals. In September, NSHE signed an amicus brief signed by 130 other higher education institutions challenging the lawfulness of President Trump’s attempts to end DACA.

According to the Center for American Progress, there are 12,280 DACA recipients in Nevada.

This story was updated at 2:17 p.m. to correct a typo that said students could apply for federal aid with the internal application form. Students can apply for institutional aid with the form.