Say goodbye to the most effective Democratic Party in the country 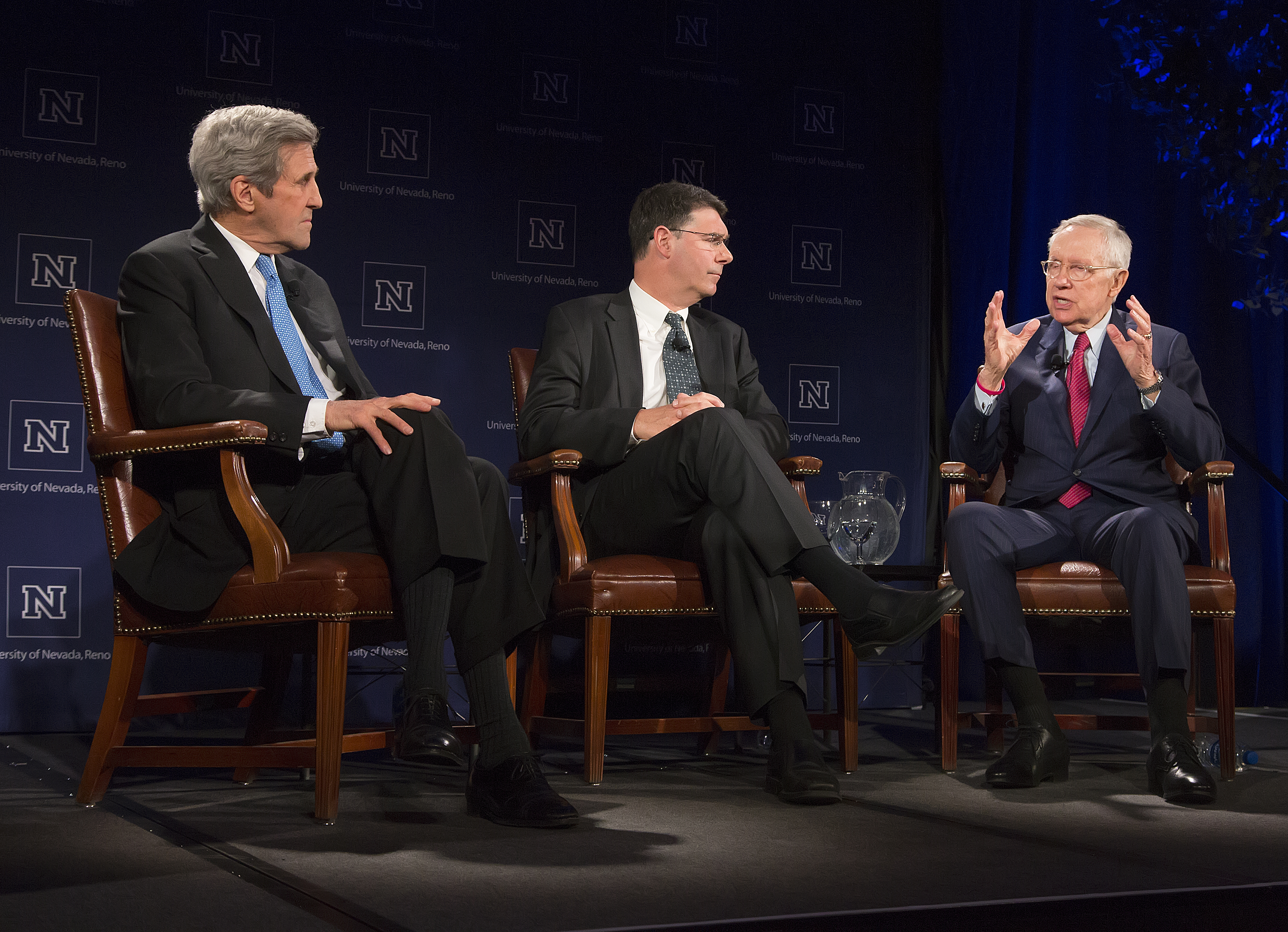 Almost a decade ago, Nevada’s Establishment Republicans had a problem.

The forces of Ron Paul’s quixotic presidential campaign had taken over the state party and had helped elect an ethically challenged former city councilman, Michael McDonald, as chairman. With zealots for a fringe candidate in control and their chairman an untrustworthy hack who had just recently been lobbying for the Culinary union, the national GOP and National Republican Senatorial Committee had no choice.

Too much was at stake: Mitt Romney’s presidential candidacy and Sen. Dean Heller’s first race after being appointed. So they decided to bypass the state party for all of its useful functions: Fundraising, voter registration and voter contact.

Endorsed by national and local leaders, Team Nevada had its own headquarters and infrastructure. The Nevada Republican Party was deemed irrelevant in the 2012 cycle. The workaround worked and it didn’t -- there were other factors at play, and Romney still lost the state, but Heller eked out a victory and the GOP won key races for Congress and the state Senate.

Imagine a mirror image of the GOP in 2012 and you will understand what is about to happen after this weekend’s elevation of Judith Whitmer to state chair a year after Bernie Sanders took over the state Democratic Party by decisively winning the presidential caucus here. The forces that erected one of the most formidable political machines in the country are, in concert with national Democrats, withdrawing money and staff and plan to set up an outside entity to do what The Reid Machine has done best: Launder outside money, register voters and, yes, win elections.

(I believe the name Team Nevada is available.)

There are differences, of course.

Whitmer, a progressive and Clark County Democratic Party chair who won a close race with fellow leftist traveler Tick Segerblom, the Clark County commissioner, is no Michael McDonald, who has presided over three presidential losses and GOP devastation down ticket since his first election. (The Republicans won sweeping victories in 2014, but it proved a blip, washed away in the next three cycles.)

But Whitmer cannot raise money or fund a voter registration/contact apparatus as Segerblom might have. Segerblom, who started as an anti-Establishment guy three decades ago, was the only chance the Reid Machine Dems had because he was the original Bernie Man in Nevada.

But the Dem operatives knew they were underdogs – they always are in these crazy crucibles where activists mix sincere passion with airing of grievances and conspiracy theories.

One thing both parties have in common: The Establishment almost always loses these internecine battles, and most electeds stay away because they don’t want to wallow in the muck, especially in the age of social media fury and venom.

(Nevertheless, nearly every elected who spoke up, including Sen. Catherine Cortez Masto, who is up for re-election, endorsed Segerblom. Game effort, but doomed to fail, I suppose. Just ask the Establishment Republicans who repeatedly have tried to defeat McDonald, now in his fifth term.)

It’s actually remarkable that the Reid machine was able for so long to pack the central committees enough to get good soldiers selected as chairmen who would get with the program. That ended with Bernie’s caucus domination last year, and they knew it. That’s why they pulled $450,000 from the party shortly before the balloting this weekend and why all of the key staff has resigned. For them, unlike many who voted Saturday, this is not a game.

So what does it mean?

The Republicans must be gleeful, feeling all kinds of schadenfreude after their decade of suffering through the inept reign of McDonald and having to navigate the party nonsense: Berniecrats, some of whom still can’t get over the Vermont senator’s 2016 caucus loss here, who seem more skilled at inane Twitter memes than anything else and who think winning caucuses and state chair elections is the same as winning real elections, take control of the Democratic Party.

The real irony here, of course, is that these revolutionaries have taken over a party that has been a well-oiled machine since 2008. With four straight presidential victories, two Democratic U.S. senators, three of four House members, five of six constitutional officers and both houses of the Legislature, what exactly is this revolution supposed to change?

If not for the dreaded Establishment that helped create an exemplar of a party organization, Dean Heller would still be a senator, Adam Laxalt would be governor and Donald Trump would have won Nevada. Vive la revolution!

Parties are – this may come as news to the new bosses – supposed to help win elections. They are not supposed to be about malcontents railing about enemies within, real and imagined, and be obsessed about whether chairs were thrown (they were) at a state convention five years ago where they lost to...a well-organized Reid machine.

I couldn’t care less who either party chooses as state chair – although McDonald is a national embarrassment and given his moment in the national spotlight declared Las Vegas was the state’s capital. And unless they can prove useful – money and voter programs – they generally are ignored by candidates, elected officials and, yes, journalists. They are just not that important anymore – and certainly not nearly as important as their few hundred members think they are. Few hundred!

I certainly do not miss going to central committee meetings, where I grew to like and admire some of the passionate advocates but often watched them have to deal with motions to have Clark County secede from the state or increase the minimum wage to $30 an hour.

The state party folks (this goes for both of them) have never been representative of the parties as a whole -- they are tiny subsets -- and what happened over the weekend was no different. The Democrats have chosen ruthless efficiency, led by the anthropomorphic embodiment of that quality in Harry Reid, and have been able to elect chairs – Rory Reid, Roberta Lange – who were dedicated to making sure the gears of the machine were greased. (And if you thought there would be a peaceful transition of power, the new chair sent a slightly bellicose message Sunday.)

That machine will still be there next year, I’d guess. It just won’t be called the Democratic Party.

The question for 2022: Does a machine by any other name work as sweetly?

12 PM, 3/8/21 This column was updated with a letter written by the new chairwoman.