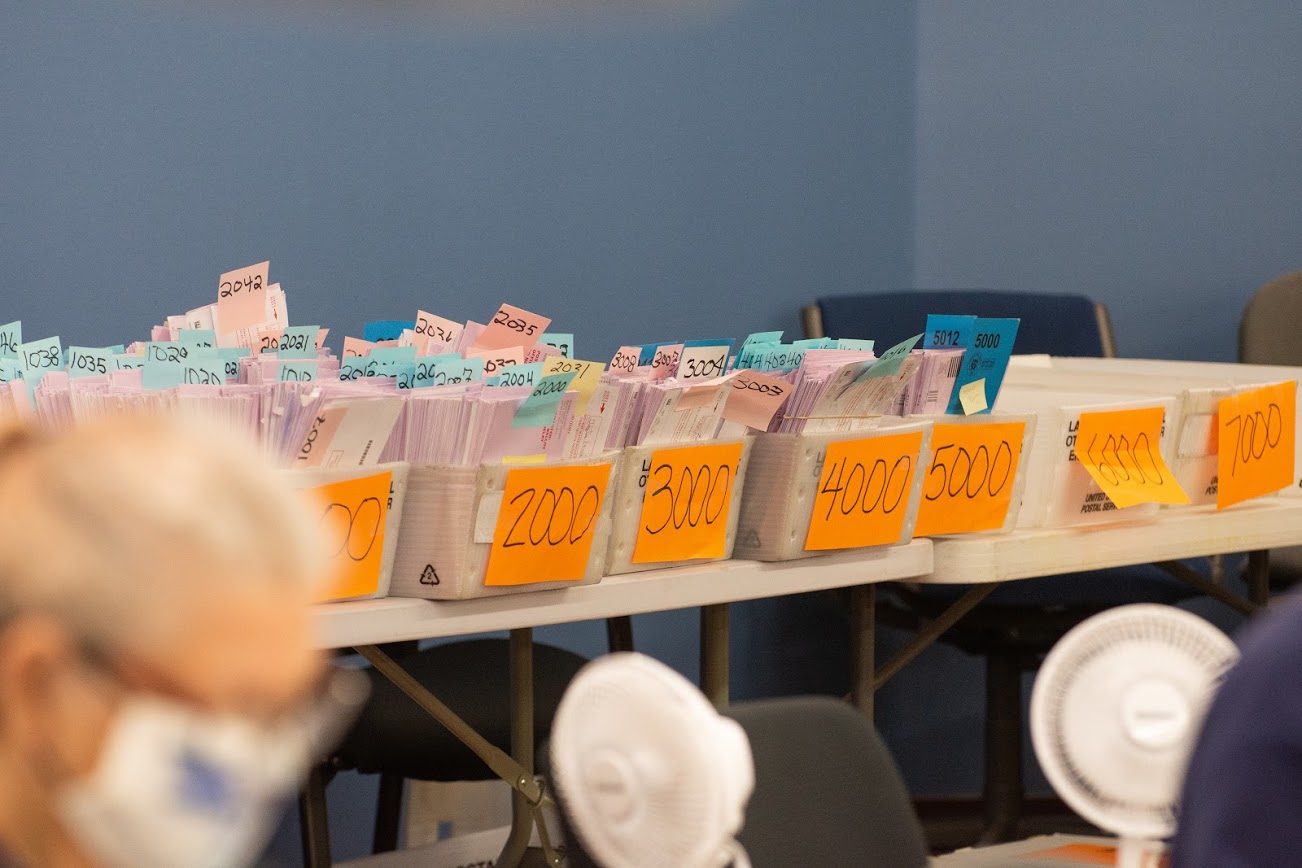 Candidates for nonpartisan seats on the board of trustees for Washoe and Clark counties school districts have posted and shared inflammatory statements on social media, including a post that referred to protesters hit by cars as “fleshy speed bumps,” which have drawn praise and criticism from voters.

Both candidates have shared right-leaning and conservative statements on their social media accounts, garnering attention from voters, some of whom have supported the candidates’ views on social media and others who are concerned.

Baclet is a registered nonpartisan and shared on his public Facebook page that he left the Republican Party “because of [President] Bush,” but “can never vote Democratic.”

The candidate, running for a seat representing one of the largest subdivisions of the Washoe County School District, shares various articles from far-right conspiracy theorist Alex Jones’ website Infowars that include misinformation about contamination of vaccines.

District G spans across the Western side of Washoe County and includes over 40 schools including North Valleys High School, Galena High School and Incline High School.

Katy Simon Holland, the school board trustee for the at large District G, announced earlier this year she would not run for re-election, putting Baclet up against four other candidates.

Of the four candidates, Craig Wesner has the most funding for his campaign with $5,000 cash on hand at the end of the first quarter. John Eppolito, Diane Nicolet and Paul White have less, and Baclet has loaned himself $500 for his campaign.

One post shared by Baclet calls protesters who are run over “fleshy speed bumps,” alluding to a fatal incident in which a car sped through a group of people counter-protesting at a Unite the Right rally in Charlottesville, Virginia. Heather Heyer was killed in the incident.

The post features an image of a car plowing through a group of counter-protesters during the attack, which took place in August 2017.

The post drew criticism from one Facebook user, Arian Katsimbras, who replied, “Interested in running for public office here in Reno? Looks like it ain’t likely. Not a chance in the world we’ll let you anywhere near representative office, or kids…”

Another example is a post of a YouTube video titled “antifa getting their ass kicked by patriots,” which was liked five times and shared once by other Facebook users.

Baclet did not respond to emails from The Nevada Independent regarding the posts and could not be reached via the phone number listed on his candidate profile on the secretary of state website.

Williams, a registered Republican, is running for a seat on the board of the state’s largest school district. District B covers the upper valley of Las Vegas, including North Las Vegas and Mesquite.

The candidate is up against seven other candidates for the seat, including Jeffrey Proffitt and Bryan Wachter, who have raised more money for their campaigns than Williams.

Williams had $1,800 left to spend for her campaign at the end of the most recent quarter, whereas Wachter has more than $12,000 dollars on hand and Proffitt has just under $10,000.

She gained national attention when she replied to a tweet by Rep. Alexandria Ocasio-Cortez (D-NY) in mid-March who asked that people stop crowding restaurants and bars amid the initial stages of the COVID-19 pandemic.

“I just went to a crowded Red Robin and I’m 30,” Williams’ tweet said. “It was delicious and I took my sweet time eating my meal. Because this is America. And I’ll do what I want.”

Her response was shared more than 16,000 times and criticized by many for a lack of regard for the pandemic and social distancing guidelines to prevent the spread of infection.

In a tweet from Monday, Williams riffs on President Donald Trump’s campaign slogan, “Make America Great Again,” as a slogan for her local election campaign with the hashtag, “MakeSchoolsGreatAgain.”

Williams has received support from other Twitter accounts such as @TrumpsSquad that tweeted, “We wish that we had a Katie Williams in every district throughout America. You are blessed to have her in yours.”

This isn’t the first time Williams received criticism for her political comments. In 2019, she was disqualified from the Ms. Nevada beauty pageant title because of comments made on her official pageant social media accounts.

​“This became an opportunity to speak about censorship of conservative values, and I had the opportunity to have my voice heard in print publications across the nation, as well as on the air with Laura Ingraham, Fox and Friends, and multiple podcasts,” Williams said on her campaign website, adding that conservative values are “under attack” in the public school system.