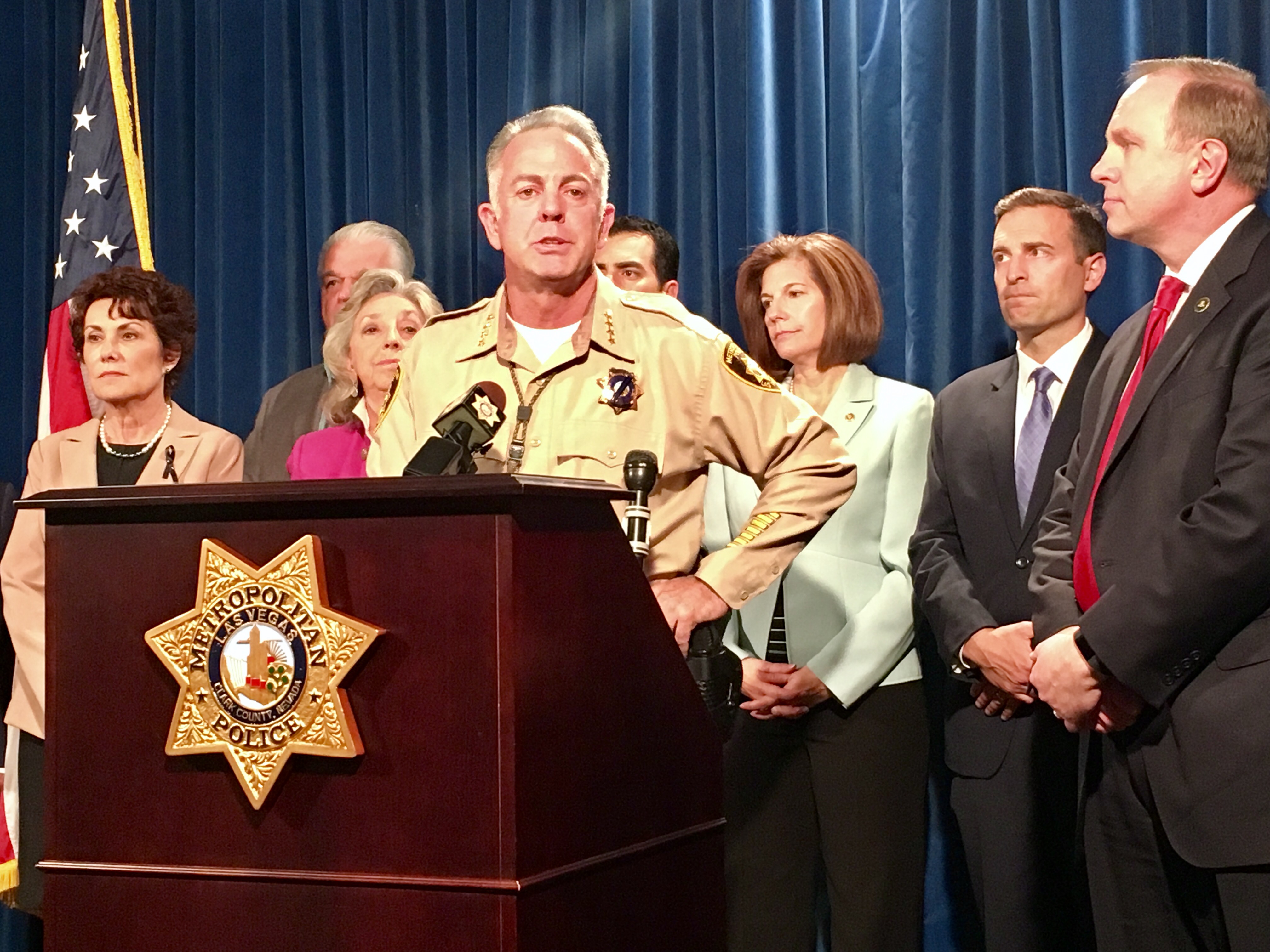 Clark County Sheriff Joe Lombardo on Wednesday detailed a number of lessons learned by Las Vegas Metropolitan Police Department from the Oct. 1 mass shooting, including that high rise structures facing open air venues must be kept secure, fire commanders should be present and crews should have extra supplies including trauma kits at big events.

During the briefing — in which he went over a 158-page report with 93 recommendations reached after a review of over 500 officer reports, 650 interviews, 4,900 dispatch calls and 3,100 officer body cam videos — Lombardo said the department was able to identify weaknesses that “were imperative to act on immediately.”

The sheriff said expanded training is needed for elevated threats and large-scale emergency situations, and said Metro needs to coordinate more closely with the Clark County Coroner’s Office, Fire Department and hospital administrators to “develop a plan for victim identification and next of kin notification,” which he acknowledged was a struggle in the aftermath of the shooting that left 58 people dead.

The report also identified department strengths, including Metro’s existing partnerships with Southern Nevada First Responders, regular multi-agency training exercises and the capacity to quickly communicate with a network of private security workers who helped lock down key properties on the Strip within minutes of the mass shooting.

Throughout the briefing, Lombardo maintained that one of the biggest takeaways is that “each organization is resolute in maintaining communication.” It is imperative for LVMPD to know the extent of every organization’s training and communications capabilities, and help ensure that each organization can work together in a symbiotic manner, he said.

Captain Kelly McMahill, who stood alongside Lombardo during the briefing, said 47 percent of the recommendations in the report have already been implemented. Other initiatives will take time and money to put in place, including those that “touch on technology,” she said.

Lombardo said that going forward, the Office of Internal Oversight (OIO) will issue a bi-monthly report on the status of each recommendation made in the report. The contents of the report have been posted online.

The review discussed Wednesday is different than the Preliminary Investigative Report released in January 2018, and focuses mainly on what LVMPD personnel can do better the next time a situation may arise.

Here is the full video of Lombardo’s briefing.