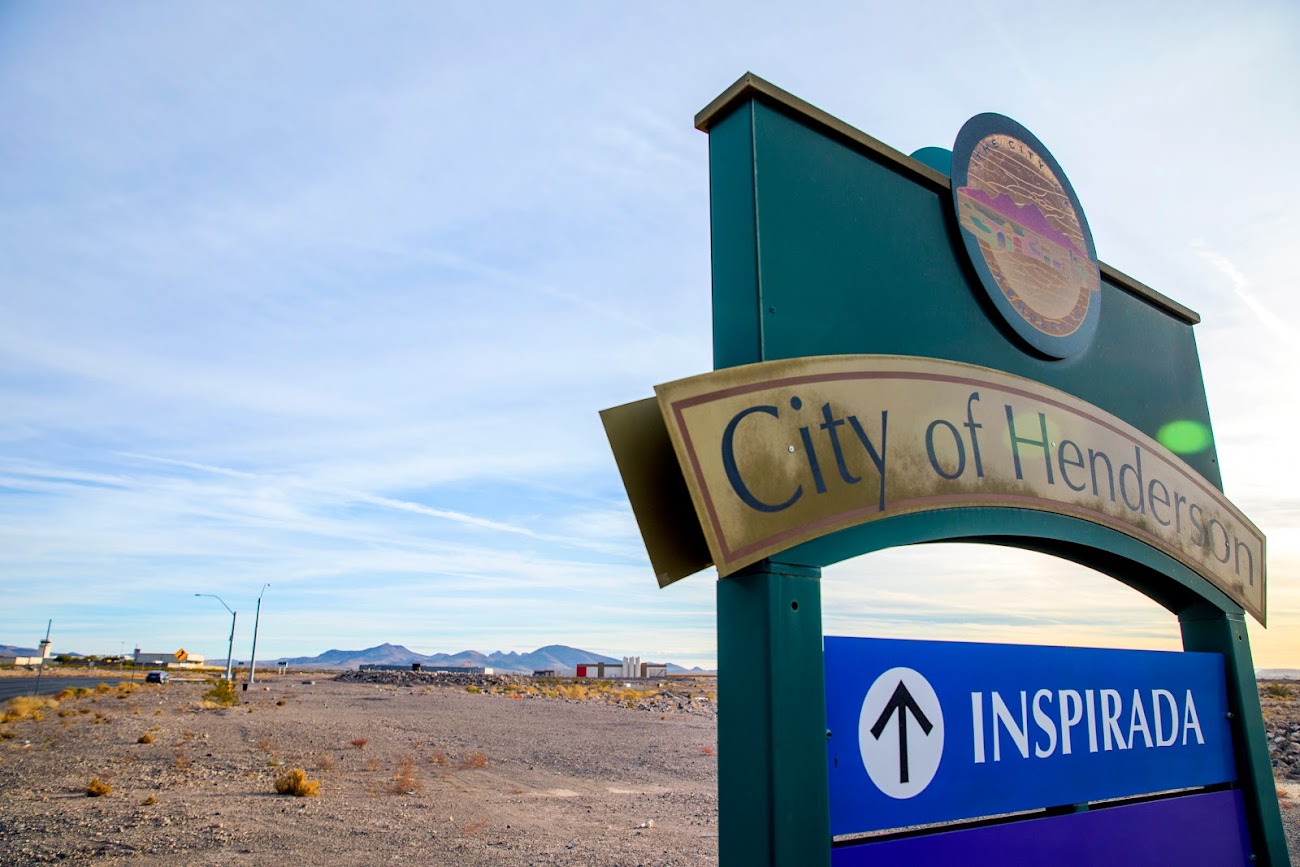 As some businesses embrace a permanent shift to remote work across the Las Vegas Valley, some economic experts are concerned that an increase in residential water consumption could strain the region’s water resources.

A study published in June by economists at the University of Nevada, Las Vegas found that the state’s pandemic-related stay-at-home order issued in March 2020 led to a significant increase in water usage in Henderson, driven by a rise in residential water consumption.

Nicholas Irwin, one of the study’s authors who specializes in environmental and urban economics, said that residential water usage went up by more than 12 percent in the first month after the stay-at-home order was issued.

“We've used a lot more water than we would have expected to use, and that's problematic because we're drawing more down,” Irwin told The Nevada Independent.

Residential water usage continued to stay above previous years’ usage for the following three billing cycles, Irwin said, putting additional pressure on the region’s limited water supply, which has struggled to keep up with population growth. In June, Lake Mead fell to its lowest level since the reservoir, held back by the Hoover Dam, was filled in the 1930s.

“Aggregating across all users, we find the [stay-at-home] order led to an increase in net water usage between 32 and 59 million gallons over the first 30 days,” the researchers wrote. “To put these effects in context, this equates to a 1.8 percent to 3.3 percent increase in monthly per capita water usage.”

Irwin said the results of the study were somewhat surprising to his team, as they expected the changes to the different types of water use to offset one another.

“We really thought there would be this offset that maybe the net effect would be very small or perhaps even negative,” Irwin said. “And we were surprised that not only was there a positive effect, but it's increasing over time, which is definitely really troubling.”

Bronson Mack, a spokesman for the Southern Nevada Water Authority, the agency that oversees the region’s water resources, said that not all of that consumption has an adverse impact, though. Mack said that because Southern Nevada recycles and reuses indoor water, an increase in indoor use actually has a negligible effect on the community’s water supply.

Still, data from the water authority paint a worrying trend for Southern Nevada, as consumptive water use — which does not allow for water to be treated and reused, including landscape irrigation and people washing their cars at home using a hose — ticked up in 2020.

At the water authority’s March 18 board meeting, the group discussed a set of data that showed water usage in Henderson and North Las Vegas was significantly higher in 2020 compared to the yearly averages from 2017 to 2019, with that growth primarily driven by an increase in water usage at single-family residences.

Mack said that it’s possible people had more time to engage in the sorts of activities that drive consumptive use while staying at home during the early months of the pandemic.

Irwin, meanwhile, believes the overall increase in residential water usage at the start of the pandemic could have come from indoor activities, including increased hand washing and dishwashing. He also said that commercial and school buildings have more incentives than residential homes to adopt water conservation features, such as automatic shut-off facets and automatic low-flow toilets, which means residences may use more water even if that water is eventually reused.

“Inside the household, it's just each of these little, tiny things by itself. A couple gallons here and there, it's not a big deal,” Irwin said. “But if you aggregate that behavior across all of the houses, all the residential units, then that's where this effect really becomes really large.”

The increase in usage was not the same across the valley, however. While growth in water consumption in Henderson, North Las Vegas and Boulder City contributed to an increase across the entire area managed by the Southern Nevada Water Authority, water usage within the Las Vegas Valley Water District, which provides water to the city of Las Vegas and unincorporated Clark County, decreased last year, as the closure of the Las Vegas Strip led to a steep decline in water usage by hotels within the district.

The study’s authors believe Henderson saw such a large increase in water usage in part because the city is heavily residential, unlike Las Vegas. The study notes that 98 percent of the city’s water users are residential users. But Irwin said that other cities in the American Southwest with a different mix of commercial and residential users, such as Phoenix, could also feel the negative effects of increased remote work as the entire region grapples with drought conditions and a scarcity of water.

Though Irwin said that Southern Nevada does a good job of reclaiming water and that the increase in water consumption during the early months of the pandemic could eventually be reversed, he emphasized the importance of spreading messages of conservation in the Las Vegas area, especially to new residents coming from areas where water scarcity is not a concern.

“This is where policies could come in to sort of reinforce the importance of water saving because they may not be aware of the importance of … conserving water,” he said. “There are the people that could be outside washing their car, which I've seen from some new neighbors — people out there washing their car, when you're not supposed to do that at all.”

Mack similarly emphasized the importance of conservation, especially when it comes to outdoor water use. He said that’s why the water authority institutes seasonal watering restrictions and why the agency advises people to use commercial car washes, so water can be reused rather than lost to evaporation.

The water authority also tries to curb outdoor use by eliminating water waste, such as broken sprinklers that allow water to flow off of a property. Mack said that reporting water waste online is one way community members can help conserve water.

During the water authority’s March meeting, the group discussed water conservation efforts across the valley, with a focus on removing patches of non-functional turf. At the time, members of the water authority said that some neighborhoods were resistant to efforts to remove the decorative turf and were not motivated by incentives to do so. Now, it’s no longer a choice. In early June, Gov. Steve Sisolak signed a measure that prohibits water-intensive decorative turf within medians, along roads and in business parks.

The bill, AB356, adds to the efforts to reduce per capita water use by prohibiting Colorado River water from being used to irrigate ornamental turf not used for a single-family home after 2026.

Along with the removal of non-functional turf, the water authority has outlined a variety of other goals within its conservation strategic plan, including improving water efficiency in new development, improving compliance with landscape watering restrictions and reducing water losses associated with evaporative cooling.

At the March meeting, John Entsminger, the water authority’s general manager, stressed the importance of public education and advertising about water conservation.

“Call it ‘resting on your laurels,’ call it ‘reinvigorating the community,’ but … today is kind of the wake-up call of, we got to have all hands on deck and get out there and get the community reengaged,” Entsminger said.